RUTH SUNDERLAND: Businesses must re-invent themselves in line with the times or risk losing customers and being starved of the finance to grow


Most large companies are conservative, hierarchical organisations, run by late middle-age men who are floundering in the world of woke.

Some pay grudging lip-service to millennial sensibilities. Others, like an embarrassing Dad at a disco, join in far too enthusiastically. Mocking the corporate vanity that can ensue is just too tempting, even if the cause is a good one.

When a company like Unilever claims it is ‘re-inventing food for humanity’ with Knorr stock cubes, it’s impossible to suppress a snigger. But beyond the silliness and vanity, there are serious points at stake. 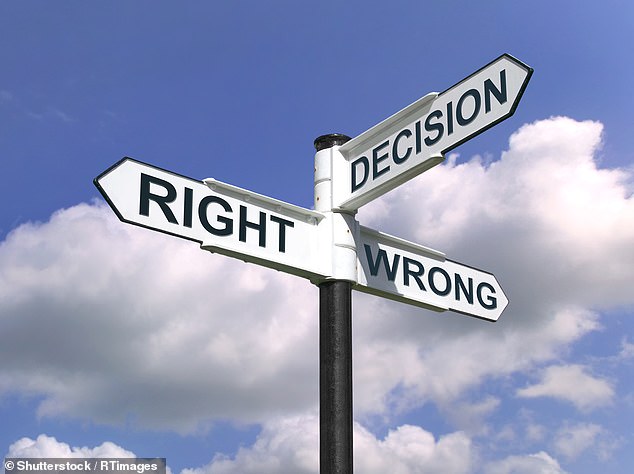 Larry Fink is no woolly-minded activist, but one of the most successful asset managers. As the boss of Blackrock, he is the custodian of £7.5billion of savers’ cash. Going green and allowing staff to work flexibly is not wokery, he argues in his annual letter to CEOs, but dynamic capitalism.

Businesses must re-invent themselves in line with the times or risk losing customers and be starved of the finance to grow.

Some find the spectacle of a billionaire like Fink lecturing firms on social responsibility highly hypocritical. But as he implies, some causes branded woke today will be viewed in future as right and just.

The idea of having more women on boards was once seen as dangerously militant feminism. Only when a distinguished male banker, Lord (Mervyn) Davies, took up the cudgels did everyone realise business performance was being harmed by the exclusion of talented females. Back in the 1970s and 1980s, students agitated for Barclays to pull out of apartheid South Africa. It took 16 years of boycotts before it did, but those protesters were on the right side of history.

Few would deny nowadays that the golliwog mascot on Robertson’s jam was a racial stereotype, though shockingly, it did not disappear until as late as 2001.

So perhaps 20 years from now it will seem equally amazing that shops sold sweets named Midget Gems. Marks & Spencer and other chains are renaming the pastilles after protests about hate speech to those with dwarfism.

Companies are much quicker than they were to respond to protests partly because of social media and partly because ESG – environmental, social and governance – has become de rigueur in the City.

Some business leaders are behaving like activists themselves. Paul Polman, the former boss of Unilever, has been protesting volubly about the Government’s new policing bill, describing it as anti-democratic and bad for business. He has no shareholders to please so can do as he wishes.

These rows take place against a highly politicised backdrop. The financial crisis caused a loss of trust in businesses and governments, which has deepened in the pandemic. Societies are becoming more polarised and new fault-lines have emerged, including the vilification of Big Pharma by the anti-vaxxers.

Along with pharma, the tech sector, which is adept at staying one step ahead of regulation, is the new ethical frontier.

Social media has already spawned a myriad of questions over child protection, fraud, privacy and the use of our personal data.

The next big thing is the metaverse, an immersive virtual world, populated by avatars, which will throw up more challenges.

Companies could use tiny cameras and sensors to harvest data about our facial and eye movements, and exploit this to bombard us with ‘hyper-targeted’ advertising.