RUTH SUNDERLAND: If Government is serious about our industrial future, it must commit to support for steel, rather than selling out to overseas buyers

As if the Prime Minister did not have enough to worry about, a row over thousands of jobs in the steel industry is blowing up just as an already bruising party conference gets under way.

British Steel, which despite its name is Chinese-owned, has, according to Sky News, gone cap in hand to Business Secretary Jacob Rees-Mogg asking for an urgent bailout likely to amount to hundreds of millions of pounds.

The firm claims without emergency support its blast furnaces are unlikely to be viable due to the energy crisis. 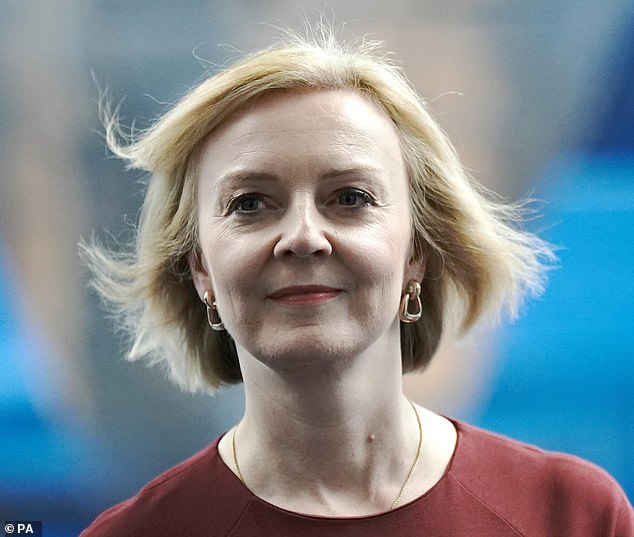 Under pressure: A row over thousands of jobs in the steel industry is blowing up just as Liz Truss faces a bruising party conference

The business employs 4,000 people directly, paying higher than average wages in Red Wall areas including Scunthorpe, where voters’ allegiance to the Conservatives may be tentative. Thousands more supply chain jobs could also be affected.

Handing large amounts of taxpayer cash to a Chinese corporation in the current atmosphere would be inflammatory. In the Cameron and Osborne years, the Tories tried cosying up to Beijing, but the mood has been souring for some years, as relations have been strained because of the treatment of protesters in Hong Kong, and abuse of Uighur Muslims.

Government is no longer relaxed about Chinese involvement in key sectors such as telecoms, nuclear energy or indeed steel.

It hardly needs saying that the demand for financial help, from a company that boasted of its open chequebook when it took over British Steel three years ago, comes at a highly inopportune moment when the Government has been accused of fiscal irresponsibility in its mini-budget.

As I warned at the time, the sale of British Steel to Jingye for around £50m in late 2019 was flawed from the start. The deal smacked of expediency: It conveniently avoided job losses in northern constituencies in the middle of Boris Johnson’s election campaign.

The suspicion was that the Chinese were buying a key asset on the cheap. At the time, Jingye’s chairman Li Ganpo, a former Communist party official, turned on the treacle hose to full nozzle.

He raved about a ‘splendid future’ in which British Steel would ‘revitalise the glory’ and ‘impress the world!’ ‘Need funds? No problem. Jingye is here to invest.’

Instead of taking that torrent of guff at face value, the then-government should have retained a golden share in British Steel and forced the Chinese to make legal undertakings on jobs, investment and supply-chain firms. As it is, ministers are in a bind. The steel industry, though much diminished, still employs 34,500 people directly and supports another 43,000 supply chain roles.

Government could provide support, including help on high electricity costs, which were a problem long before the Ukraine war broke out. In 2019/20, for instance, UK producers were paying 62 per cent more than those in Germany. The industry has been asking government to help iron out the disparity for years.

Steel in the UK could have a great future. Britain is well placed for net zero production thanks to our expertise in electric arc furnaces and carbon storage in the North Sea.

Government projects will require 5.2m tons of steel over the next five years. Procurement from the UK instead of importing could boost the economy by up to £4billion.

Trade regulators need to take a realistic, rather than a dogmatic free market approach to the dumping of cheap Chinese rebar, which they seem, belatedly, to have realised.

If the Truss government is serious about growth and securing our industrial future, it needs to commit to long-term support for steel, rather than selling out to self-interested overseas buyers.