RUTH SUNDERLAND: Top bosses are human like the rest of us and should be treated fairly and not scapegoated – but fairness does not mean leniency

Spring is a time for new beginnings and on this page last week the respected investment banker and Christian philanthropist Ken Costa argued that business leaders should receive the opportunity for redemption if they fall from grace.

He worries that in the UK we are less forgiving of failure than in the US and that our attitude might dampen risk-taking and enterprise.

I’m not sure about that. He is probably right that the stigma against bankruptcy is greater in the UK, though we are moving in the US direction. And when it comes to corporate wrongdoing, punishments in the States are far more draconian. 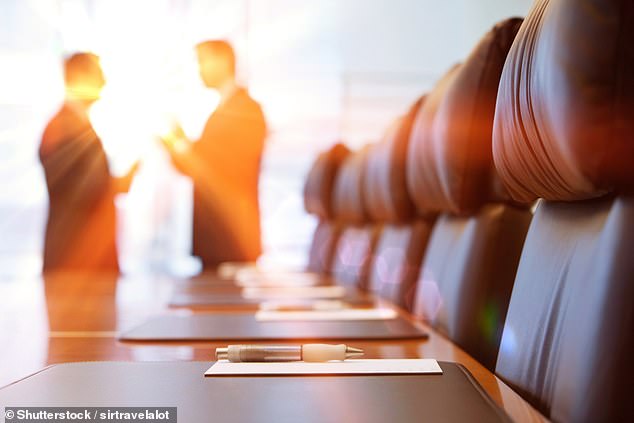 New beginnings: Generosity is not the same as letting top executives get away with it

In the accounting and insider trading scandals of the noughties, a string of high-profile figures were sent to jail in the US, including Enron executives and domestic goddess Martha Stewart.

The notorious Bernie Madoff was jailed for 150 years and died in prison. It’s difficult to think of any parallel examples in the UK, where corporate malefactors rarely end up behind bars. Regulatory investigations take forever because of ‘Maxwellisation’, a process named after the late pension fraudster, that allows people to review any criticism of them and have their say.

Far from being unforgiving, this country – or at least the regulators and City establishment – exhibit remarkable tolerance.

Andy Hornby is a case in point. He was chief executive of HBOS when it went to the wall in the financial crisis at huge expense to the taxpayer. He is now under fire for a bonus just shy of £600,000 in his role as chief executive of The Restaurant Group, which has claimed more than £160m of furlough cash.

His progress seems unhindered by a long-running probe by City regulators into senior managers at the defunct bank.

And consider errant fund manager Neil Woodford. His investors lost heavily, but there has been no retribution against the man himself, who, with an absence of visible contrition, has been seeking to start again.

Make of these examples what you will. But they hardly speak of a vengeful environment where lapsed businessmen and women are condemned out of hand.

It is often said that if business leaders are persecuted for mistakes, it might deter gifted people from seeking senior jobs. A far bigger problem would occur if an over-lenient attitude keeps a group of privileged mediocrities in jobs they don’t deserve, depriving others of opportunities to shine.

An absence of effective and swift regulatory action is a breeding ground for public anger, which favours no-one.

When we think about giving executives a second chance, we must balance our treatment of them against the wider good.

Forgiveness should not be an easy entitlement, but hard-earned and humbling, as Ken Costa says. It involves honesty about what went wrong, apologising and making amends, all of which are often absent in corporate scandals.

Powerful executives have lawyers and spin doctors if they feel wronged and hefty piles of cash to cushion their bruised egos.

I am more concerned about the 300,000 investors who lost money through Woodford and the taxpayers forced to bail out HBOS and The Restaurant Group.

We should all try to be generous in spirit. Top executives are flawed human beings, like the rest of us and they should be treated fairly and not scapegoated. But fairness does not mean leniency. Generosity is not the same as letting them get away with it.

£4.2m Bugatti Mistral guns for crown of fastest roadster on the planet

Inflation hits double digits for the first time since 1982: This is Money podcast