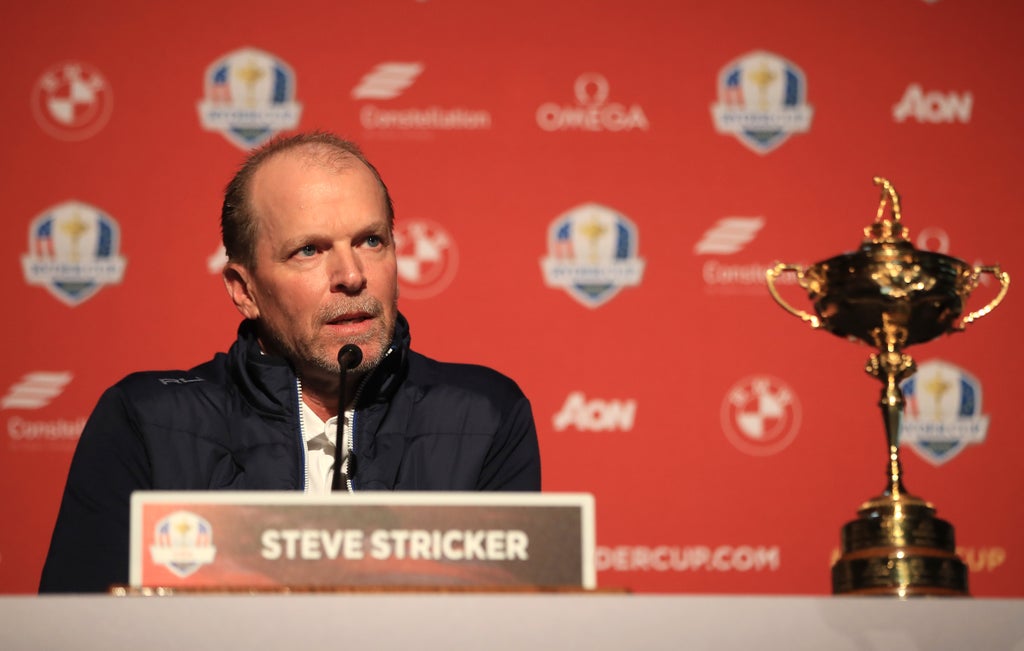 The United States of America will be bidding to win back the Ryder Cup as they host Europe at Whistling Straits in Wisconsin.

Team USA have lost four of the last five events in a lean run, though did secure victory the last time the event was held on American soil at Hazeltine in Minnesota in 2016.

Steve Stricker, three times a Ryder Cup player between 2008 and 2012, has been appointed as captain for the 43rd Ryder Cup which will be held in his native state.

He succeeds Jim Furyk after the USA were well-beaten 17 1/2 points to 10 1/2 points at Le Golf National three years ago.

Stricker is able to call upon a twelve-strong team of remarkable strength.

Eight of the world’s top 10 ranked players are part of the USA team, which includes six Ryder Cup rookies.

Four of Stricker’s captain’s picks have not played at the event before.

He will be able to call upon an experienced group of veteran vice-captains – Furyk, Davis Love III, Zach Johnson, Phil Mickelson and Fred Couples will assist Stricker at Whistling Straits

Here are the twelve players picked for Team USA for the 2021 Ryder Cup:

In sparkling form, Cantlay struts into his Ryder Cup debut after back-to-back triumphs at the BMW and Tour Championships. The newly-anointed PGA Tour Player of the Year and FedEx Cup holder

Perhaps the most-talked about golfer in the game, the destructive driving, deep thinking DeChambeau lost all three of his matches in 2018. He is also preparing for the World Long Drive Championships, while simmering tensions with teammate Brooks Koepka could disrupt Team USA if things go south.

English by name but a key part of the USA team, English catapulted himself into contention to be a captain’s pick with a outstanding 2021 that has seen him take two PGA Tour wins and finish third at the US Open.

Still without a signature triumph but very much entrenched in the upper tranche of golfing stars, Finau escaped Le Golf National with a winning record and finished tied for 10th at the 2015 USPGA Championship at Whistling Straits.

Team USA’s senior-most player, Johnson has not had a year to match an outstanding 2020 but has a strong 3-1-0 singles record in four previous Ryder Cup appearances. Returns to Whistling Straits, the scene of his USPGA Championship losing two-stroke penalty at the 18th in 2010.

Koepka has admitted that he does not enjoy the Ryder Cup format but there are few golfers more irresistible than the four-time major champion at his peak, particularly on home soil. Won his first US Open in Wisconsin.

Golf double-major champion at the age of 24, Morikawa has an all-course game. Wins on USPGA Championship and Open debuts suggests he may take well to the pressure of being a Ryder Cup first-timer. Perhaps the personification of an inexperienced but uber-confident and successful American team.

So often the bridesmaid at the majors, Schauffele finally donned the white dress and a gold medal as he took Olympic victory at Tokyo 2020. The consistent top performer makes his Ryder Cup debut after narrowly missing out last time around.

The 2020 PGA Tour Rookie of the Year helped the USA to the 2017 Walker Cup as an amateur, and will be looking for similar success in a team environment in Wisconsin. Yet to win on the PGA Tour

Having overcome a career blip that saw him ranked outside the world’s top 50 at this time last year, Spieth is back in form with five 2021 top-ten finishes. He boasts a strong (5-1-0) four-ball record from three previous Ryder Cup appearances.

Thomas had an outstanding Ryder Cup debut in France in 2018, winning four points. Likely to be paired with close friend Spieth again to reunite a formidable duo.