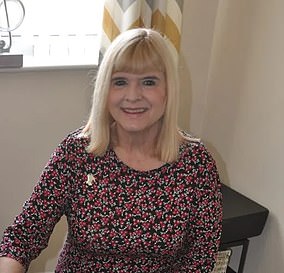 This scandal has to be resolved.’ That was the blunt message last week from Janet Denham – one of 47,000 victims of the Safe Hands Plans funeral company collapse.

Many have contacted The Mail on Sunday to vent their anger over the potential loss of the money they entrusted to the firm to ensure their funeral would be paid for when they died.

It is a view echoed by everyone we have spoken to caught up in this mounting scandal, from those like Janet in their 60s to customers in their 80s. They all want to know why the trust fund they put their money into – overseen by independent trustees – does not have enough assets to pay for the funerals they were promised.

Janet, a piano teacher, took out a Safe Hands funeral plan three years ago. ‘Both my parents had dementia and at the end it was a nightmare sorting out their finances,’ says the 62-year-old from Bordon, Hampshire, who is divorced and has a 31-year-old daughter. ‘I vowed then that I wouldn’t put my daughter through what I experienced. So I turned to a will writer, updated my will and through them bought a Safe Hands funeral plan for £3,880.’

The letter last month from the administrators of Safe Hands, informing her (and all other customers) that the funeral she had paid for would not be honoured, has left her devastated.

‘I can’t believe what has happened,’ says Janet. ‘With hindsight, I wish I had put the £3,880 in a cash Isa or kept it in my bank account. Never in a million years did I expect Safe Hands to renege on its promise. I feel cheated and can’t bear thinking about the fact I might have lost all my money. I will never buy such a plan again.’

Like Janet, Kim Sharp, from Orpington in South-East London, bought a plan to ensure her children wouldn’t have to worry about her funeral arrangements if anything happened to her.

Kim, also 62 and divorced, reminded her three children where her plan details were kept when she contracted Covid and ended up in hospital. Having made a full recovery, she has now been rocked by the news that her Safe Hands plan could be worthless. ‘Unsafe Hands is more to the point,’ she says.

Kim, a former store manager, bought her plan six years ago after seeing a couple of close friends die. She paid in instalments, reaching a total of £3,395. ‘I was pleased with myself,’ Kim says. ‘The policy covered the cost of all funeral arrangements apart from flowers, so my kids wouldn’t have to worry about the expense.’

She was reassured by the fact her payments would be held in trust. The Safe Hands literature she received said her money would be held in a ‘ring-fenced trust fund’ overseen by independent trustees and managed by a ‘multinational investment management firm’. She says: ‘I never thought the plan was anything but rock solid safe.’

Having taken early retirement during the pandemic, she now gets by on an annual pension of £12,000. She says there is no way she could afford another plan. ‘What has happened at Safe Hands is a scandal and it needs resolving,’ says Kim. She has contacted her local MP, Gareth Bacon, who has promised to look into the matter. Jayne Moore, a 56-year-old credit controller from near Nottingham, took out a plan three years ago – at the same time as her parents, both in their early 80s, purchased plans.Like Kim, Jayne has written to her MP, but has yet to get a response.

‘Something has to be done to get our money back,’ she says. ‘My dad has cancer and it is so distressing for him. He’s an astute individual and when he bought the plans he did his homework and read all the small print. He was convinced by what he read.

‘Old and vulnerable people like my parents have been taken for a ride. When you’re told your money is safe in a trust fund, you expect that to be the case. I’m appalled – people have been let down in spectacular fashion by Safe Hands.’

Sylvia Sutherland, from Caithness, has a Safe Hands plan with partner David Seaman, 71. It was meant to cover the funeral costs of whoever died first. They bought it six years ago for nearly £4,000.

‘We scrimped and saved to pay the monthly premium,’ says Sylvia, 59, who can no longer work because of back problems. David is retired after working part-time for a fishing company.

Sylvia says: ‘I was livid when I got the letter from the administrators saying the trust fund did not have enough money to meet the cost of all the funerals promised.

‘You try to do the best things in life and protect your children from worrying about sorting out your funeral – and then you find out your hard earned cash was not as safe as you were told.’

Sylvia adds: ‘It’s a disgrace. Like a lot of other people caught up in this Safe Hands scandal, we cannot afford to lose our money.’