Sage boss Steve Hare: Our tax system should be remodelled

Sage boss Steve Hare: Our tax system should be remodelled so that every pound spent on tech equipment is treated as a capital investment rather than an operating expense 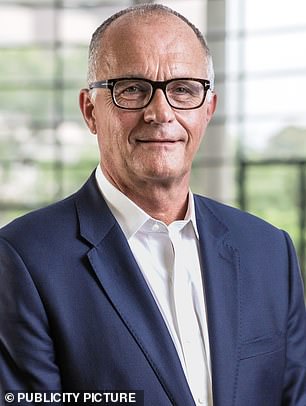 There is no denying that the economy is facing real challenges right now, with some dark clouds on the horizon for the United Kingdom. Rising inflation that remains untamed. A global pandemic and war have fuelled this pressure further. The net effect is a squeeze on incomes, unprecedented in recent times, which will continue to cause real hardship.

I don’t underestimate the situation we are in, however, my assessment remains a positive one. As someone who began my working life in the early 1980s in Liverpool, I have seen the British economy in tough times and written off before, sometimes prematurely, and I prefer to be a little more optimistic.

It is fair to say that my position is not universally supported amongst my peers in the FTSE 100 – nor in the commentary we read every day. But looking beyond the immediate economic and political cycles, there are reasons to be quietly and cautiously optimistic about the future.

At Sage we work with small and medium sized businesses (SMBs) everyday. They are a resilient and thriving part of our country’s fabric, responsible for 62 per cent of all economic activity. They are loyal employers and, following the last downturn, they were the fastest to rebound and were responsible for creating two thirds of new jobs. They are also ambitious innovators and adopters of technology, so I disagree with some commentary that the pace of technological innovation in the UK is stagnating.

A substantial digital tailwind is coming down the line which has its roots in the work done during the COVID-19 lockdown. This tailwind will be as important as the personal computing revolution in the early 1980s and the original internet revolution which took off during the turbulent economics of the early 1990s. According to one study, ten years’ worth of digital transformation took place in the space of just three months in the first lockdown – and it changed things for the long-term. So, our customers in the restaurant trade who digitised bookings and online ordering in 2020 are not going back to pen and paper. Plumbers that got used to snapping receipts on their phone and uploading them to share easily with their accountants are not going back to mounds of scrappy paper.

We estimate that if small and medium sized businesses unlock the full potential of this digitalisation in the coming years then an additional £232 billion could be added to the UK economy.

There is one caveat to my optimism.

The greatest risk is that some are unable to share in the coming digital boom. In as little as ten years, it could be redundant to use the word digital in the same sentence as the economy at all; in twenty years it definitely will. If you are not part of the digital economy, then you will simply not be part of the economy. My big ask of the UK Government in the coming years – whether it is Conservative, Labour or a complicated coalition – is that it properly understands what is at stake.

All political leaders that wish to be taken seriously should turbo-charge their policy ambitions to support this digital future. Every lever must be pulled to provide 5G and high-speed broadband across the country as a basic utility affordable for everyone. Our schools should demand digital fluency in their students in the same way they do traditional literacy.

Our tax system should be remodelled so that every pound spent on tech equipment is treated as a capital investment rather than an operating expense. Policy makers should also be consistent in their path; it makes no sense to increase tax incentives for investment in digital tools with one hand while levying an online sales tax with the other.

The United Kingdom has big structural advantages that will continue to make it an attractive place to do business. Our population is an educated one with more young people studying STEM subjects in the UK than ever before- and with more universities in the top 20 globally than any country outside the United States. This helps explain why the UK is still Europe’s top destination for venture capital investment – and why last year our technology companies raised more venture capital funding than China. As long as businesses stay hungry, these advantages will continue to work in our favour.

There’s no denying that the immediate economic picture is dark and it is fashionable to say that our best days are gone. But through my work, I speak to British entrepreneurs almost every single day. My overarching observation is one of resilience, rather than despondency. The British economy of 2022 has abundant traditional strengths – now coupled with tens of thousands of businesses hungry to make the most of the digital revolution. Cyclical conditions will improve and better times will be within our reach. The real challenge then will be to make sure everyone benefits.