She started her career playing Kirsten Mulroney on Out of the Blue before scoring a starring role on Home and Away.

But Samara Weaving was a long way from her Summer Bay days as she attended the Louis Vuitton show at Paris Fashion Week on Tuesday.

The 30-year-old stole the show as she arrived dressed head-to-toe in a stunning outfit by designer Nicolas Ghesquiere. 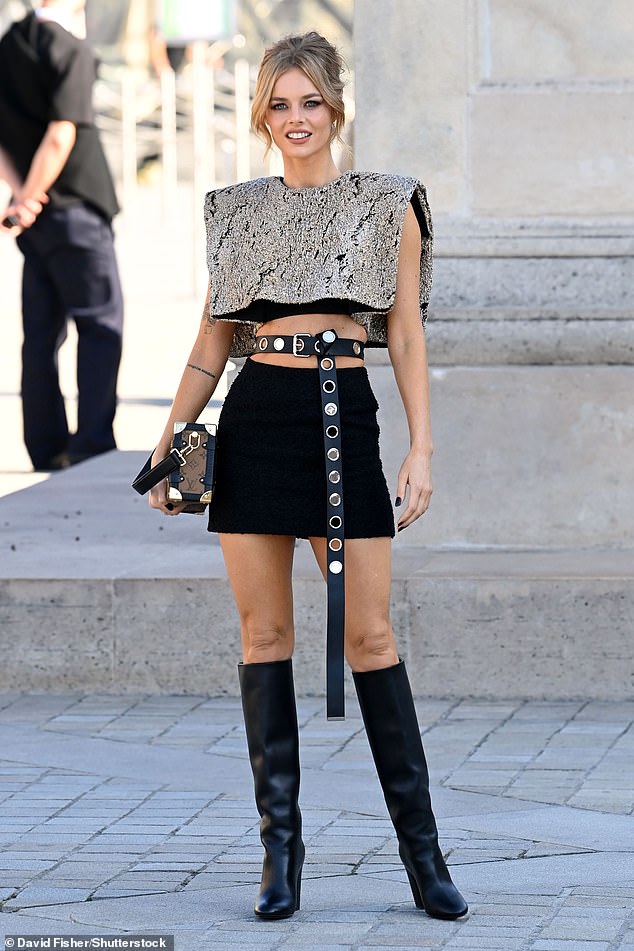 A long way from Summer Bay! Former Home and Away star Samara Weaving smouldered in head-to-toe Louis Vuitton and sexy knee-high boots as she attended the French Fashion house’s show at Paris Fashion Week on Tuesday

The Babysitter star flaunted her tiny midsection in a black mini skirt and a molten gold cropped top.

She drew attention to slender stomach by cinching her waist with a long leather eyelet belt and acessorised with a $8250 Petite Malle Louis Vuitton box clutch.

Samara, who is set to star in the sixth Scream film, accentuated her long slender legs with a pair of black leather knee-high boots and followed in the footsteps of Kim Kardashian and styled her hair in a Bridgette Bardot-inspired French twist. 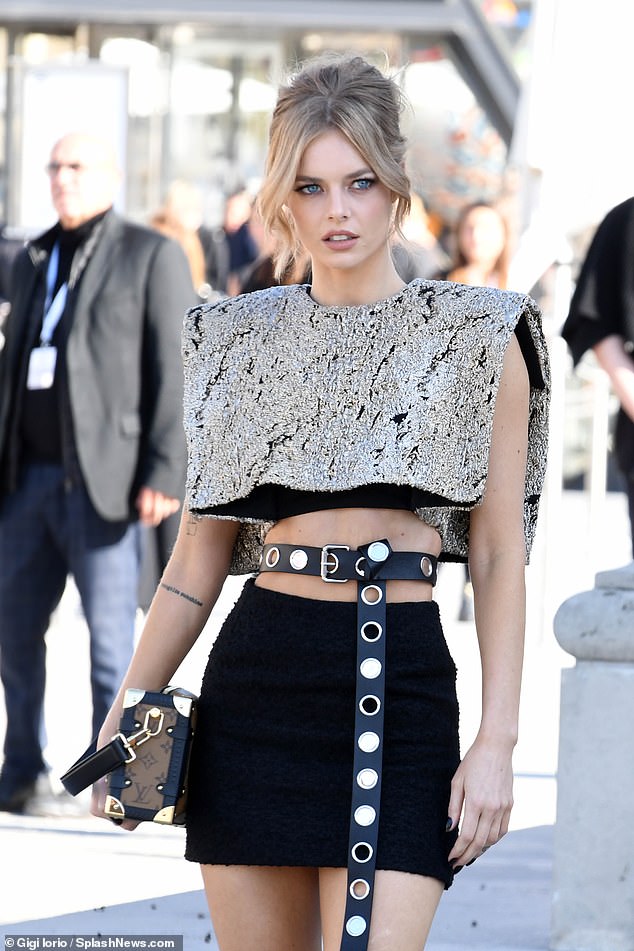 She smouldered with a classic wing-tipped lined eye and a nude lip for makeup.

Samara starred on Home and Away for four years as Indi Walker.

These days she enjoys a successful Hollywood career, appearing in films such as Mayhem, The Babysitter and Three Billboards Outside Ebbing, Missouri.

She recently starred in Nine Perfect Strangers alongside Nicole Kidman and has scored the role of American socialite Elizabeth Patterson Bonaparte in Adam Leon’s biopic Liz. 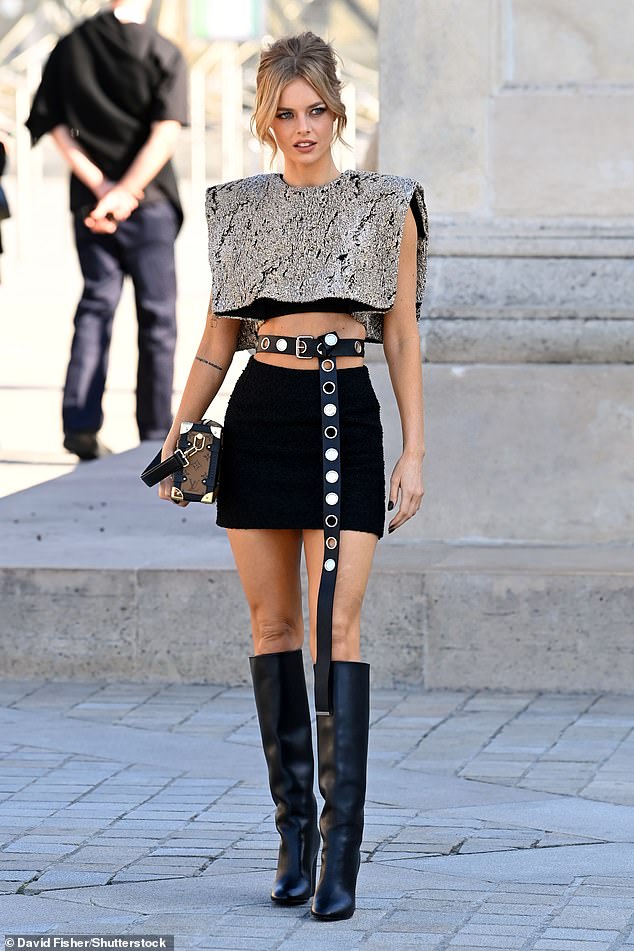 Back in May, Samara confirmed she secretly married movie producer Jimmy Warden.

She referred to Jimmy as her ‘husband’ during an interview with the Herald Sun. 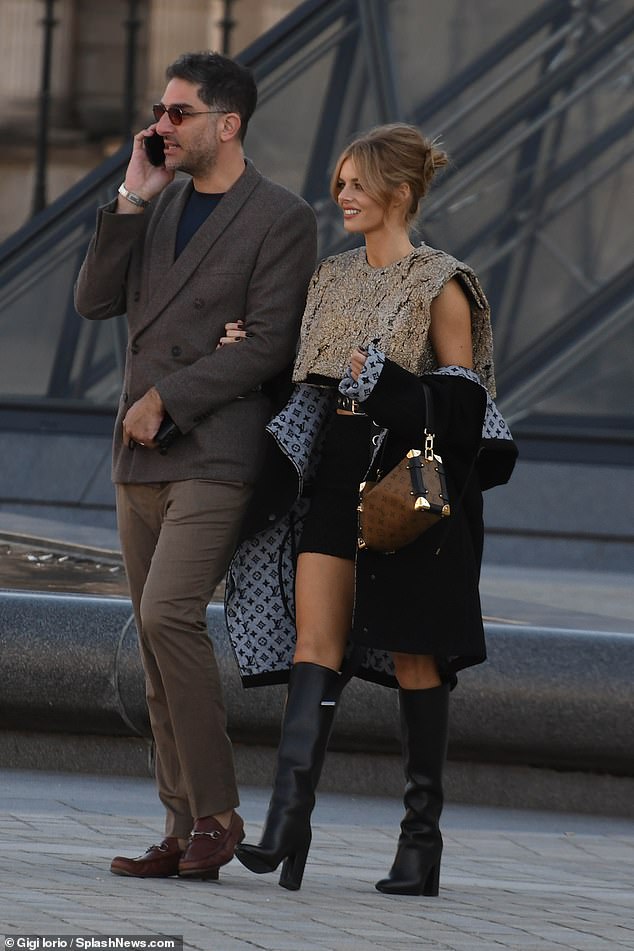 Samara, who is set to star in the sixth Scream film, accentuated her long slender legs with a pair of black leather knee-high boots and wore a coat lined with Louis Vuitton’s signature monogram print

The notoriously private star said their nuptials ‘flew under the radar’.

Samara also revealed she was about to start work on a new film with Jimmy, whom she met on the set of Netflix comedy-horror The Babysitter in 2015.

‘I am actually about to go and work with my husband,’ she told the newspaper.

‘He has written and is directing a film so I am going to go and do that, which will be really fun.’ 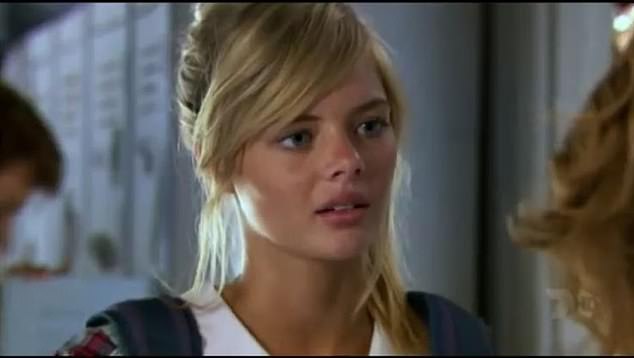 Rumours of a secret marriage had been doing the rounds for about a year.

The speculation went into overdrive last year when Jimmy shared a cryptic post on Instagram that included a photo of the couple wearing fake moustaches and a reference to being ‘married’ in the caption.

‘It’s been two years since I married my favorite actor in the world, Steve Zahn. Happy anniversary, Steve. I love you,’ the screenwriter wrote.

Jimmy did not add any further details, but many fans assumed ‘Steve Zahn’ was an in-joke referring to Samara.

The couple, who have been dating for more than six years, met on the set of The Babysitter when Samara was cast in the lead role and Jimmy was a producer.

Jimmy confirmed they were an item in 2016 when he began sharing photos of the pair together on Instagram. Samara didn’t post any photos with him until 2017.

The duo announced their engagement in March 2019 when Samara shared a photo of herself with a diamond ring on her left hand.

Samara is the niece of Lord of the Rings star Hugo Weaving.