Saudi Arabian tourism is ‘footing the bill for airfares, accommodation and expenses’ for Georgia Love and Lee Elliott trip – after The Bachelorette couple deleted all traces of the controversial holiday from their social media accounts

According to the Herald Sun, a group of influencers from around the globe was flown to Saudi Arabia to promote the Middle East country.

Georgia and Lee have deleted all their holiday snaps from the country after backlash from fans promoting the region. 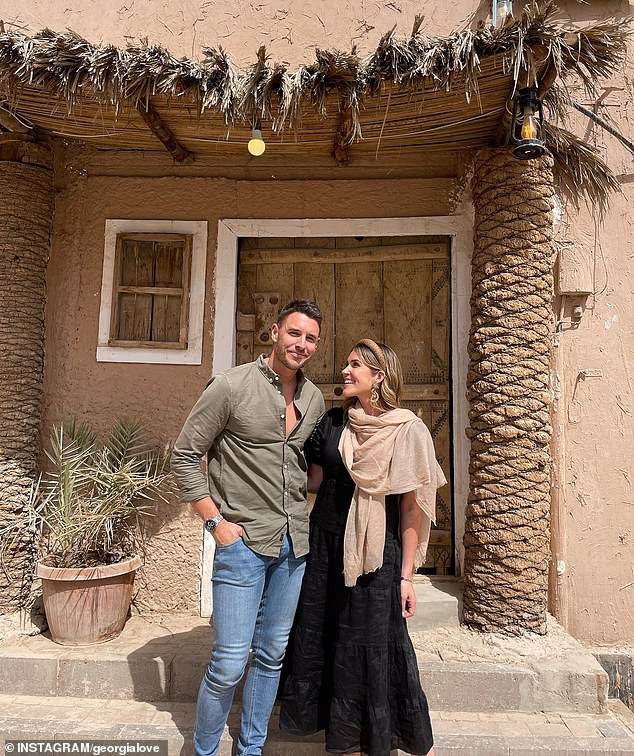 Trip: Georgia Love and Lee Elliott (pictured) reportedly had Saudi Arabian tourism ‘footing the bill for airfares, accommodation and expenses’ according to a report in the Herald Sun

The married Bachelorette stars removed photos taken in the Middle Eastern country off their Instagram as of Friday, after facing a barrage of backlash on Thursday.

Those images included Georgia, 33, and Lee, 40, arriving at King Khalid International Airport, and posing outside a local building.

The couple came under fire from followers after sharing photos together in the country while tagging the official tourism bureau of Saudi Arabia.

Georgia captioned the post, ‘Well I can categorically say not one person guessed… we’re in Saudi Arabia!! 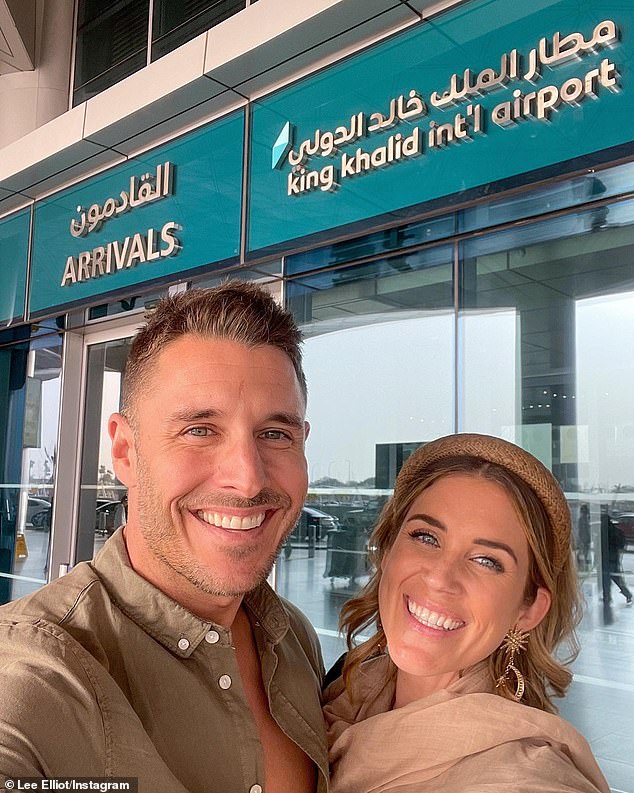 Critics: The reality couple were part of a number of influencers on a junket to the hardline-Islamic country for promotional purposes. They have seen deleted posts from the country

‘After only opening to tourists in 2019, we can’t state how excited we are to be among the first Aussies to tour Saudi.

‘To us, it is important to see, experience and learn about all cultures around us and to see how much and how fast our world is changing. We can’t wait to bring you along on this incredible experience with us’.

However, critics quickly piled on the former Channel Seven reporter. 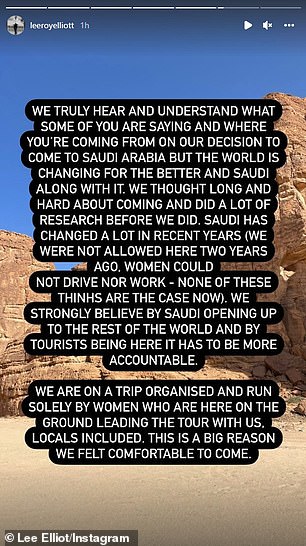 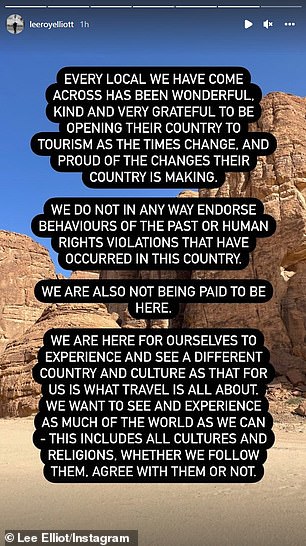 Defending: In a post shared hours after the backlash, Lee defended their trip and said he and Georgia, 33, were ‘not being paid to be here’ and don’t in any way endorse ‘behaviours of the past or human rights violations that have occurred in this country’

Ford added: ‘This is the country Georgia Love accepted a free trip to visit. Of the 81 you can be sure there is a disproportionate number of women, gays & possibly journalists. Did you really need a freebie trip that badly Georgia?’

Her Instagram followers were just as savage, with one asking ‘We’re really promoting Saudi now? With their appalling human rights record??’ 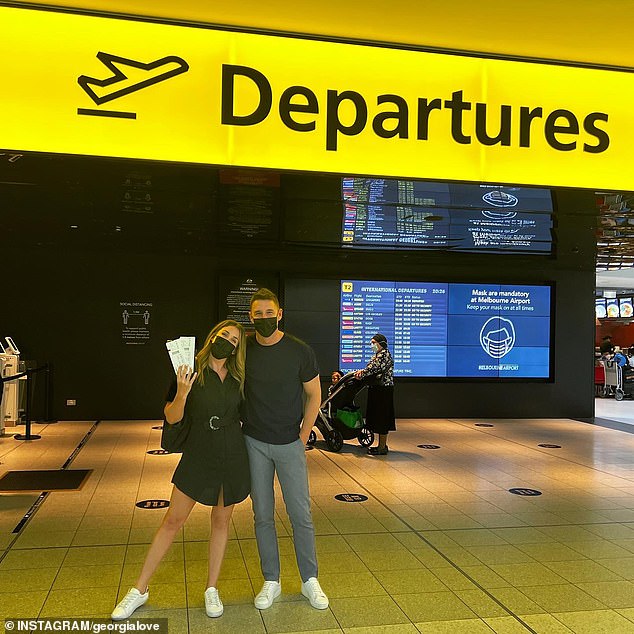 Danger zone: The former Bachelorette star had shared what appeared to be a sponsored post telling her fans to visit Saudi Arabia

Another was stunned that the former journalist had not done her homework before promoting the country.

‘As a woman and a journalist did you not consider the treatment of both groups in Saudi? As a journo I imagine you stand for freedom of the press, freedom of speech – both of which are non existent in Saudi Arabia.’ 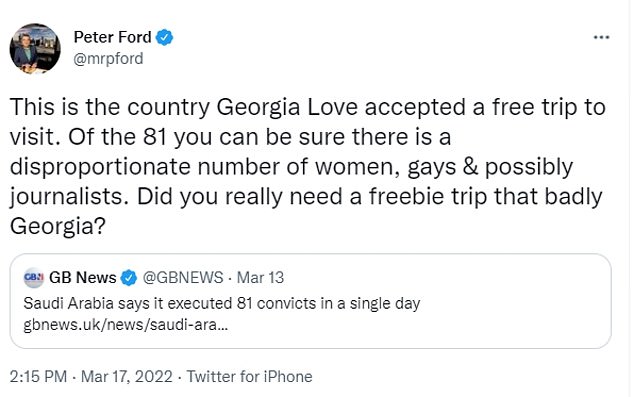 ‘Why not use your influence/platform to promote somewhere that doesn’t have an atrocious record of human rights violations.’

The totalitarian regime ruling the Kingdom of Saudi Arabia is consistently ranked among the ‘worst of the worst’ in Freedom House’s annual survey of political and civil rights.

Daily Mail Australia has reached out to Love’s representatives for comment. 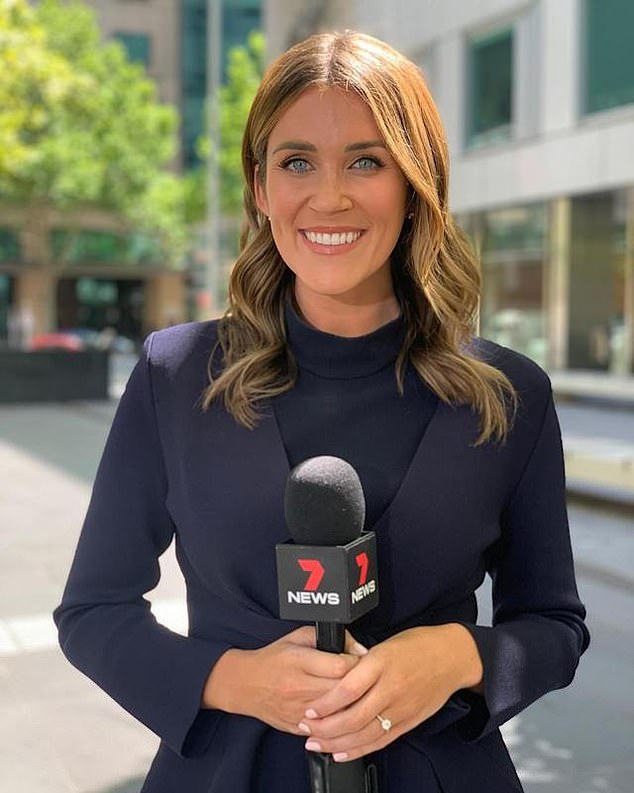 Travel arrangements: Daily Mail Australia has reached out to Love’s representatives for comment