Selena Gomez and Cara Delevingne share a very steamy kiss with one another in season two of the hit show Only Murders In The Building on Hulu.

In the second episode of season two, Selena’s character Mabel Mora gets passionate with her new love interest Alice Banks, played by supermodel Cara, as they lock lips while talking about art.

It starts to get racy between the pair after Mabel goes back to the art studio where Alice has encouraged her to smash a piece of art in order to help release her emotions.

Releasing more than just her emotions, the challenge ends up releasing some passionate feelings between the two characters. 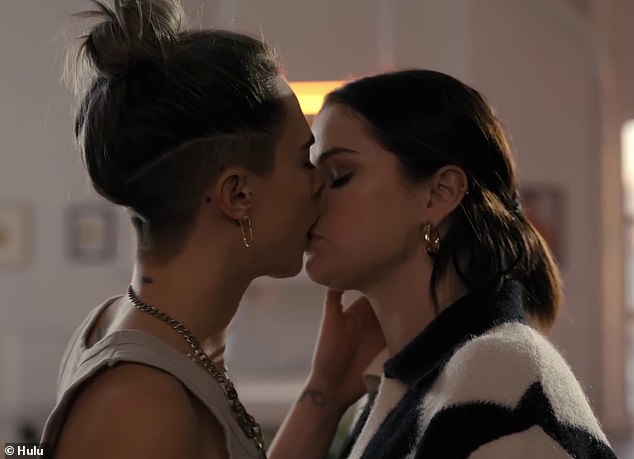 Only Snogging in the Building! Selena Gomez and Cara Delevingne share a VERY steamy kiss in Only Murders In The Building season two which has started airing on Hulu this week

‘I feel better,’ Mabel declares after destroying the artwork, as she walks over to Alice to kiss her.

‘I feel better too,’ Alice whispers after their steamy eight-second kiss.

Earlier this week, Cara spoke about how she loves being able to ‘represent” the queer community in ‘Only Murders in the Building’.

The 29-year-old model – who identifies as pansexual and is currently thought to be dating singer Minke – admitted that she and the former Disney Channel actress had such an ‘easy’ time together on set. 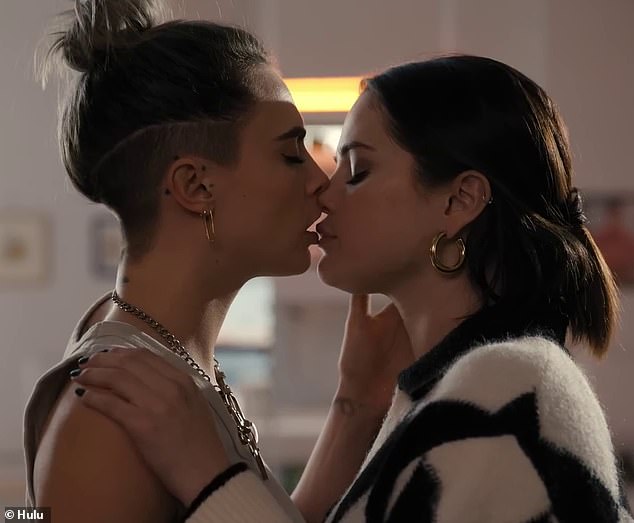 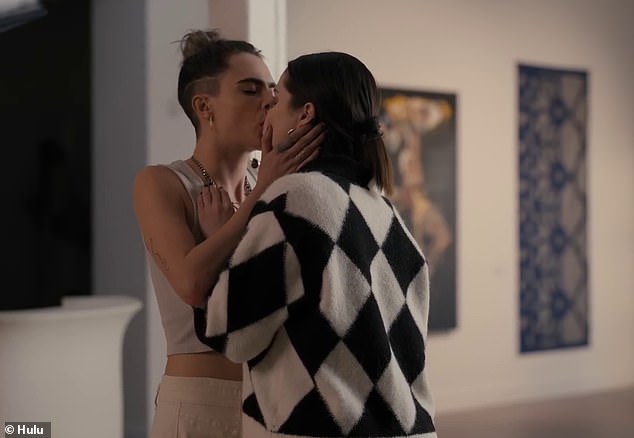 Get a room… in the building! It starts to get racy between the pair after Mabel goes back to the art studio where Alice encourages her to smash a piece of art to release her emotions 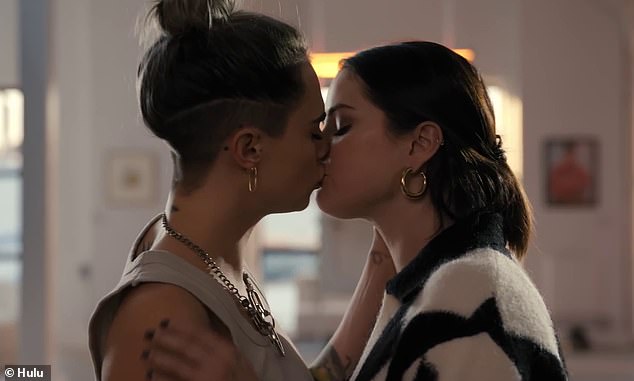 Really going for it: The actors kiss for a total of eight seconds in the scene

She said: ‘It was honestly the best project I’ve ever done. I just didn’t want it to end. I really loved being able to represent the queer community. It was so easy and safe.’

‘[Selena and I] already have that relationship in terms of comfortability. But honestly, it was the best set to ever work on, it was so hard to end… it should just continue forever.’

Cara was already a big fan of the show before she landed her role after being impressed with the writing. 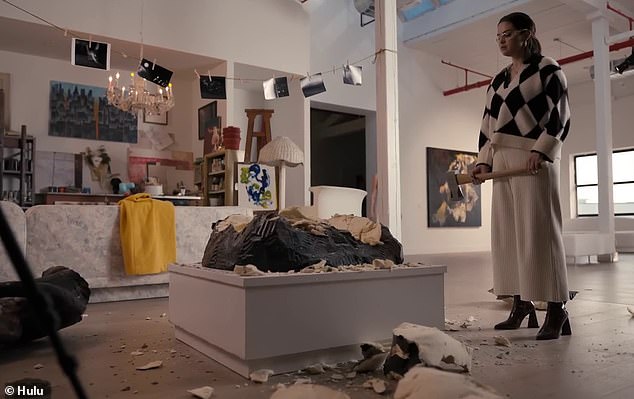 Let it all out: Selena demolishes a piece of art in order to release her emotions 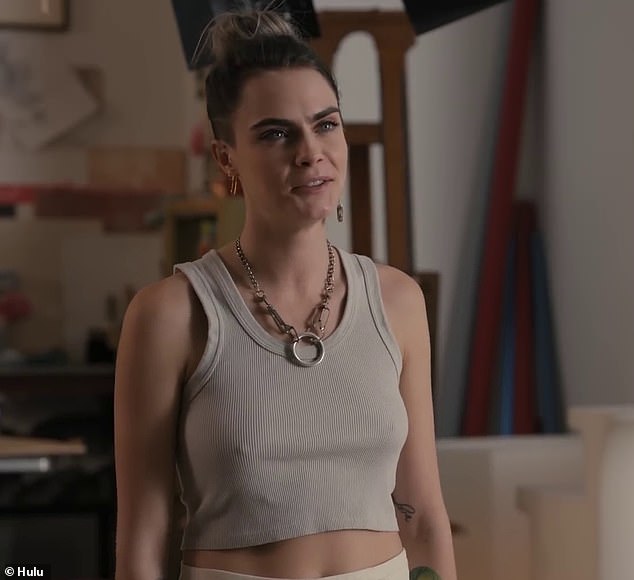 Proud: Cara has spoken about how she loves being able to ‘represent” the queer community in ‘Only Murders in the Building’

She said: ‘The story that they write and how it unfolds, it’s just never expected and that’s what I love so much because I’m usually pretty good at that stuff and I really have still never got it right.’

Meanwhile, pop star Selena, 29, – who has played the role of true crime obsessive Mabel on the mystery-comedy since it began in 2021 – echoed her new co-star’s thoughts and enjoyed working with Cara because they have been friends for several years.

She told Entertainment Tonight: ‘I’ve known her for so many years. It was honestly like working with a childhood friend. I just enjoyed it. She’s hilarious!’

Cara is to star as sophisticated New York City art world insider Alice on the show, who becomes embroiled in the apartment building’s ongoing murder puzzles and will also be seen on screen alongside other regulars Steve Martin and Martin Short when the season premieres on Hulu this week.

Damian Hurley dallies with an old school pal, is it amore in the Italian sun for Elizabeth's son?