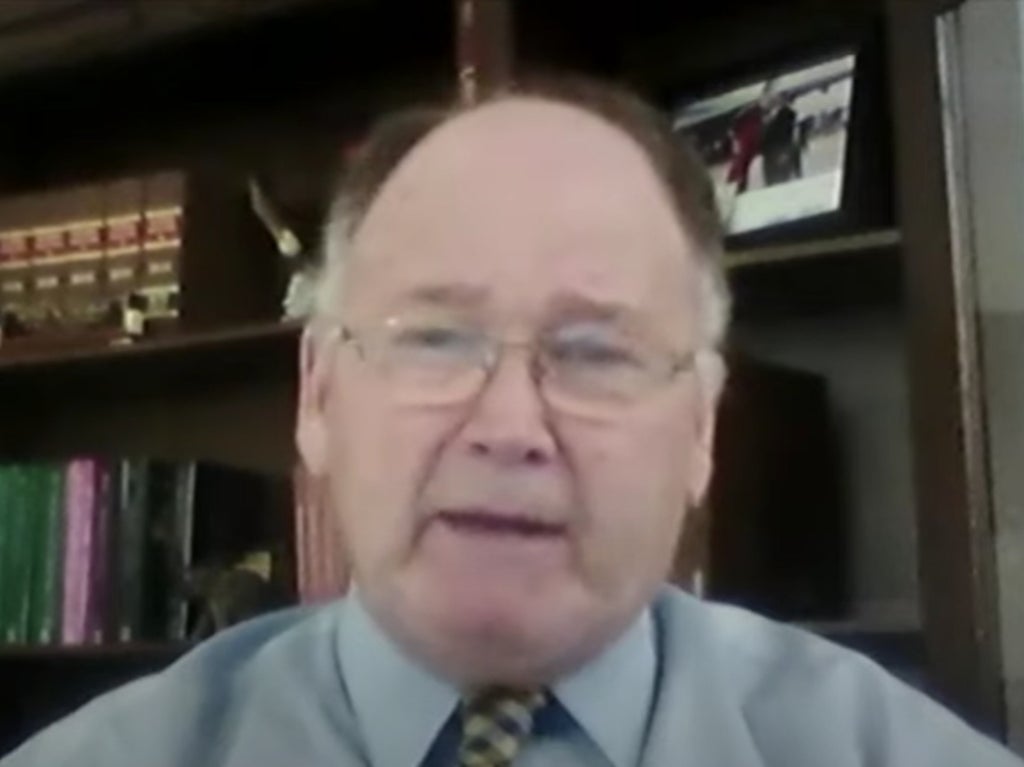 A Republican National Committee official from Florida invoked Christian imagery to fear monger about the coronavirus vaccines, calling the shots the “mark of the beast” and referring to President Joe Biden’s administration officials as “brown shirts”, referencing the Nazi enforcers.

According to CNN, Peter Feaman, a lawyer and RNC committeeman, made the comments on his blog “The Backhoe Chronicles”, which he updates in a private group on the MeWe social media platform.

“The Biden brown shirts are beginning to show up at private homes questioning vaccine papers,” he wrote in his blog, falsely asserting that Biden administration officials are going door to door and requesting vaccination proof. That has not happened.

Earlier this year, the committeeman likened the vaccine to the “mark of the beast”, a Biblical reference to a mark showing a person’s allegiance to Satan, and called Democratic Governor Gretchen Whitmer “diabolical” for supporting the Covid shots.

“Diabolical Michigan Governor Whiter [sic] wants her citizens to get the Mark of Beast to participate in society,” he wrote.

He suggested incorrectly that Ms Whitmer and Mr Biden would not allow Americans to celebrate the Fourth of July if they did not have the vaccine.

“Hey Whitmer, we will not bow to your false god,” he wrote.

The Independent has reached out to Mr Feaman for comment.

Mr Feaman has served in the RNC since 2012, and was supported in his re-election efforts in 2020 by the party chairman, Joe Gruters. Senator Marco Rubio and former Florida Governor Rick Scott have also previously appointed Mr Feaman to nomination commissions for state and federal judges.

The comments from the Florida committeeman come at a time when the state is being ravaged by the Delta variant of the coronavirus. On Sunday, the state broke its record for coronavirus hospitalisations one day after the state set a record for new daily Covid-19 cases since the pandemic began.

In addition to spreading vaccine disinformation, Mr Feaman has also spread conspiracy theories. He promoted Donald Trump’s lie that massive voter fraud cost him the 2020 election, and that the Capitol riot was a plot to “make the Trump folks look bad”, calling it a “false flag” operation by Democrats.

“What the left is doing in demonising conservatives and Trump supporters exactly follows what the Nazis did in 1933,” he wrote, again invoking a Nazi comparison.

Mr Feman is also the author of two books, “Wake Up, America!” and “The Next Nightmare: How Political Correctness Will Destroy America”.