Sha’Carri Richardson will not be joining the cast of Celebrity Big Brother for its third season, contrary to rumors spreading on social media.

The 21-year-old track star and Olympic hopeful turned down an offer to appear on the CBS reality show, her representative told TMZ on Thursday.

Sources claimed that other rumored stars, including NeNe Leakes and Erika Jayne, also won’t be joining the series, which was last on the air in 2019.

Pumping the brakes: Track star Sha’Carri Richardson, 21, will not be joining the cast of Celebrity Big Brother season three, her representative told TMZ on Thursday; seen in July 2021 in NYC

On Wednesday, speculation about the yet-to-be announced season three cast began popping up on Celebrity Big Brother message boards, from where it spread to social media.

Among the rumored contestants was Richardson, but her representative Ashley Blackwood denied she was involved, though she claimed her client was still approached about joining the show.

‘Sha’Carri was contacted months ago to be on Big Brother and declined. All coverage on her participating are false and simply just rumors,’ she said.

The runner sprinted into the public eye back in June, 2021, at trials for the 2020 Summer Olympics, which were moved back to the summer of 2021 due to the ongoing coronavirus pandemic. 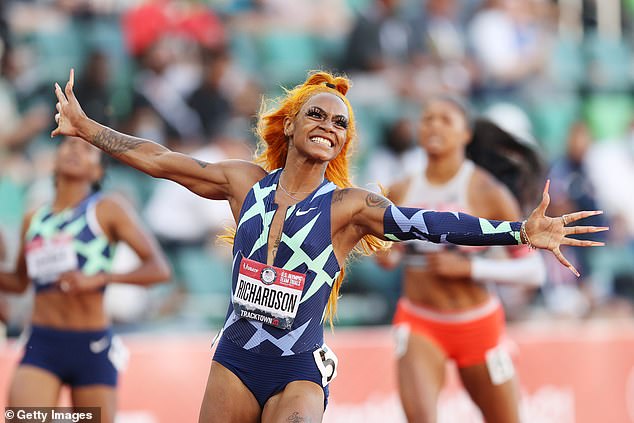 Full stop: ‘Sha’Carri was contacted months ago to be on Big Brother and declined,’ her rep said. She was disqualified after winning the 100-meter 2021 Summer Olympic Trials after testing positive for cannabis use; seen June 19, 2021, in Eugene, Oregon

Richardson qualified for the games by winning the 100-meter trials with a time of 10.86 seconds.

She beat the second-place finisher, Javianne Oliver, by 0.13 seconds, a significant margin for the competition, but fans also took notice of her thanks to her vibrant orange wig, acrylic nails and false eyelashes, in addition to her infectious smile after she dominated the competition.

But the athletes hopes of competing at the 2020 Summer Olympics were dashed after she tested positive for cannabis, which led to her win being canceled and prevented her from competing in the event at the Olympics.

Richardson admitted to eating a marijuana edible, which she said she took to cope with the death of her biological mother, which she learned of when a reporter asked her about the death a week before the trials.

‘I want to take responsibility for my actions. I know what I did and what I’m not supposed to do. I know what I’m not allowed to do and I still made that decision,’ she told Today. ‘Not making an excuse or looking for any empathy in my case but being in that position of my life and finding out something like that — something that I would say has impacted my life positively and negatively in my life when it comes to dealing with the relationship with my mother — that definitely was a heavy topic on me.’

No thanks: NeNe Leakes and Erika Jayne were also bother mentioned as rumored cast members on Celebrity Big Brother forums, but sources close to each said they’re not joining the show

Richardson was later featured in a Beats by Dre ad which debuted Kanye West’s track No Child Left Behind, which later appeared on his massive Donda album.

However, sources close to the two reality stars told TMZ that neither would be joining the house.

Other rumored names that haven’t yet been debunked are one-hit wonder Vanilla Ice and Tiffany ‘New York’ Pollard, who broke out on VH1’s Flavor Of Love and I Love New York.

The singer and former America Idol contestant Todrick Hall was also rumored to be joining the series. 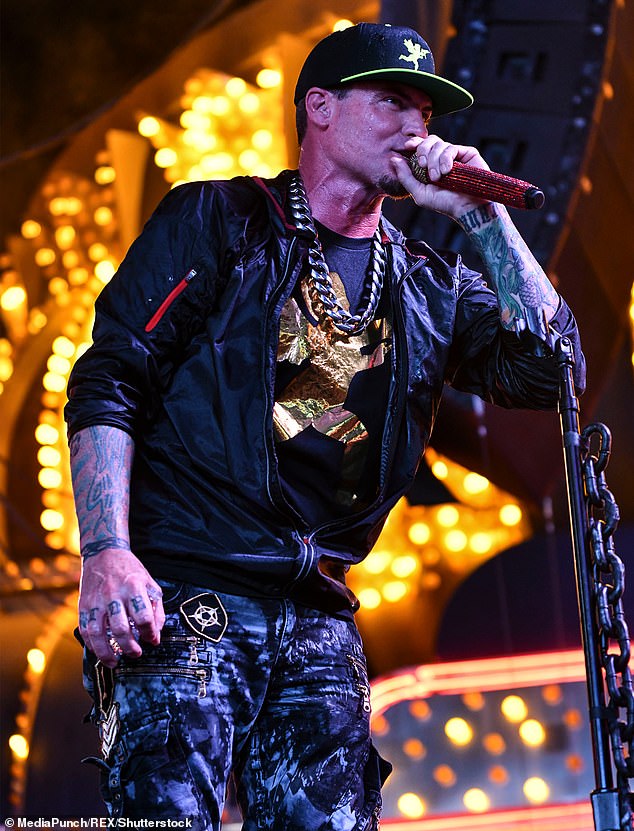 New housemate? Other rumored names that haven’t yet been debunked are one-hit wonder Vanilla Ice; pictured in 2019 in Las Vegas

New faces? Flavor Of Love star is also among the rumored guests, as is singer and American Idol contestant Todrick Hall