August Alsina has accused Tory Lanez of striking him Saturday in Chicago in an ambush in which Lanez was flanked by ‘eight oversized security’ guards.

The 30-year-old musical artist took to Instagram on Sunday with a lengthy post accompanied by a shot of him sporting a bloody mouth while slouched along the wall of an elevator.

The New Orleans native said that Lanez, 30, and his group of associates confronted him while he was exiting a show and encroached him physically. 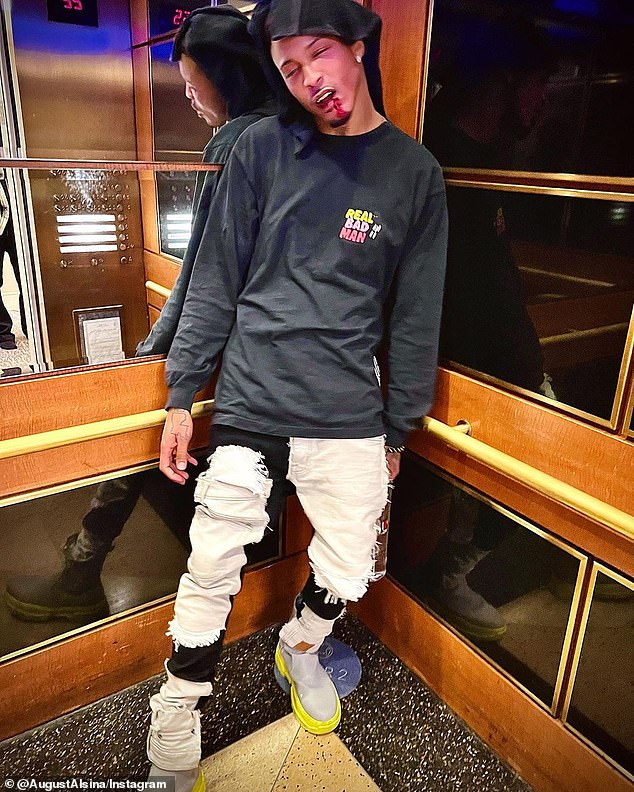 The latest: August Alsina, 30, has accused Tory Lanez, 30, of striking him Saturday in Chicago in an ambush in which Lanez was flanked by ‘eight oversized security’ guards

The I Luv This S*** performer said that Lanez grilled him on why he hadn’t past acknowledged him.

Alsina said that his silence toward Lanez was linked to negative things he had said about him when he opened up about his involvement with Jada Pinkett Smith.

‘I was a fan of him and didn’t understand him speaking on my business publicly,’ Alsina said. ‘In the past, because I don’t know him or ever met him until last night. So when he spoke it caught me off guard because of his past actions, i assumed he didn’t like me, that’s all.’

Alsina said he is also under medical orders to shake as few hands ‘as possible due to corona, & monkeypox.’ 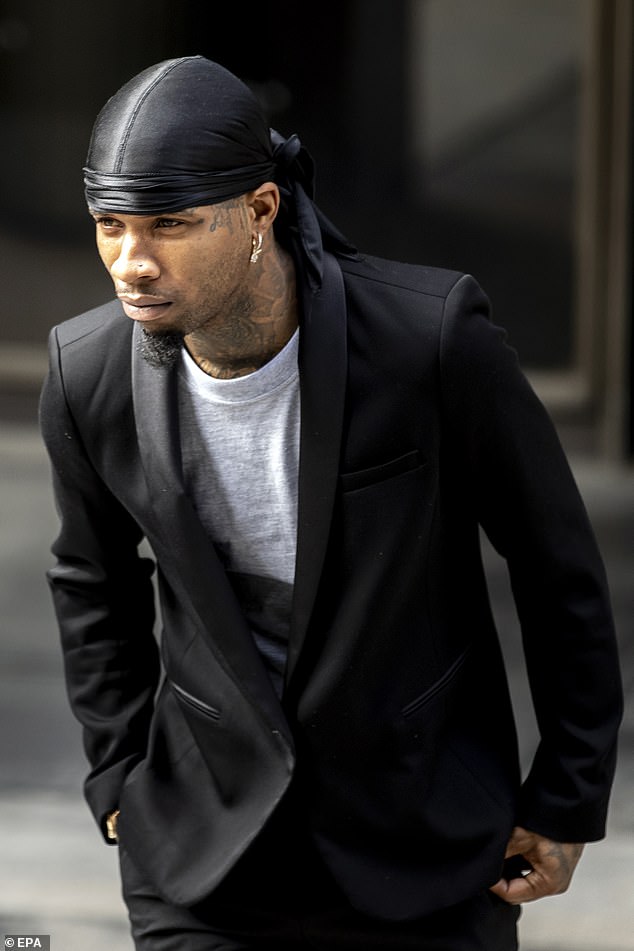 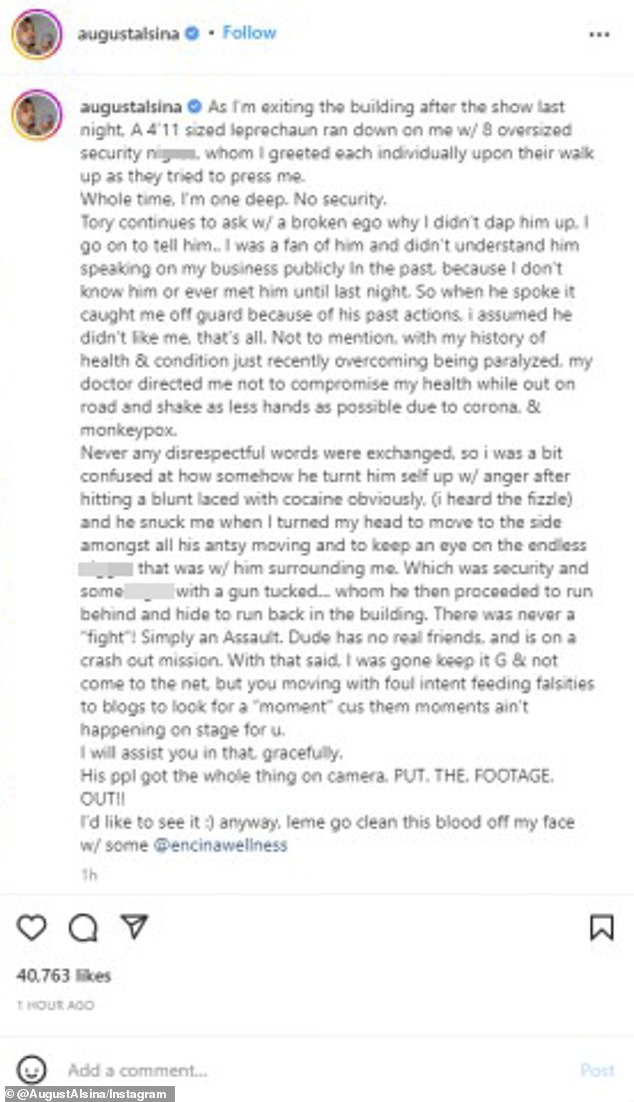 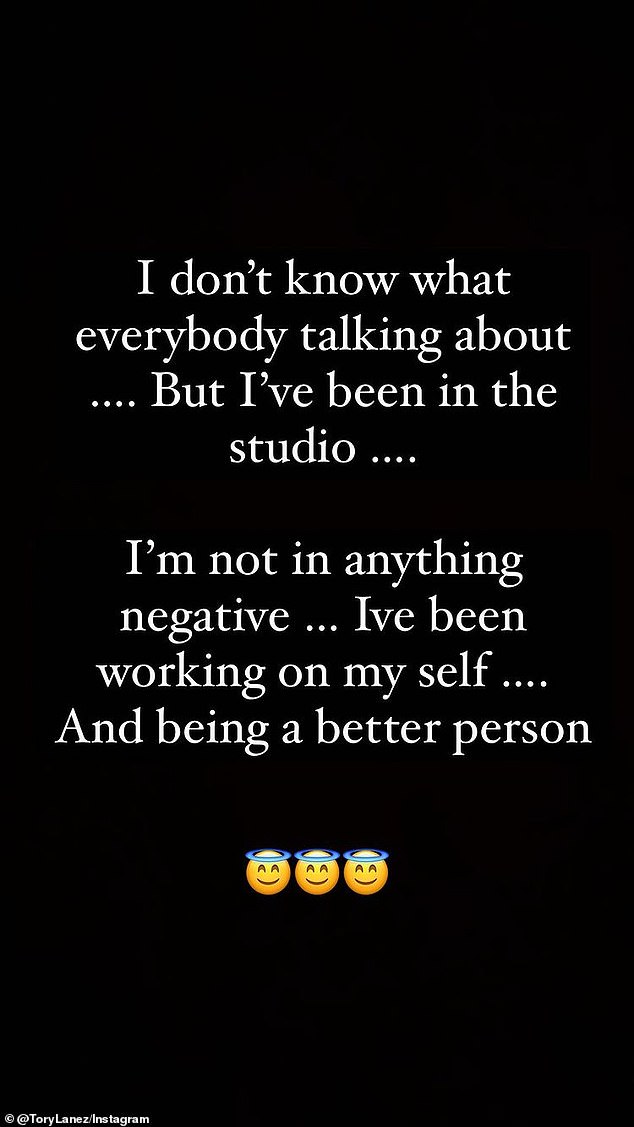 Alsina said that Lanez sucker punched him as he was trying to depart.

‘There was never a “fight”! Simply an Assault,’ Alsina said.

Lanez was smoking marijuana ‘laced with cocaine’ at the time of the assault, according to Alsina, and had the encounter filmed.

Lanez and his associates swiftly departed in the wake of the run-in, Alsina said, claiming the rapper ‘proceeded to run behind and hide to run back in the building.’

Alsina said that he publicly spoke about the issue in the wake of hearing that Lanez was putting out a false account of what had happened.

Lanez said that he had no involvement in any incident akin to what Alsina was describing.

‘I don’t know what everybody talking about …. But I’ve been in the studio,’ Lanez said. ‘I’m not in anything negative … I’ve been working on my self …. And being a better person.’