SINCE YOU ASK: We explain baffling stock market terminology

SINCE YOU ASK: Here we explain baffling stock market terminology and how you might stand to profit – this week it is IPOs

When a privately-owned company sells its shares for the first time through a stock exchange, it is said to be floating, or listing.

Older readers will remember the floats of the privatised utility companies, back in the 1980s and 1990s.

These days, people increasingly use the American term ‘to IPO’. 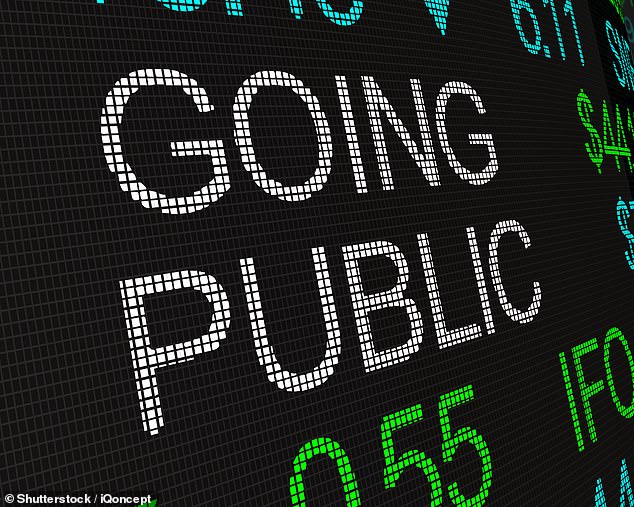 American term: IPO stands for Initial Public Offering, but the noun has been turned into a verb

IPO stands for Initial Public Offering, but the noun has been turned into a verb.

The company hires lawyers and banks who assemble a prospectus with detailed information about the business and the number of shares to be sold to raise capital.

The banks will also underwrite the float. These professionals earn handsome fees. Of course they do.

The UK is set for a boom year for floats in 2022, with companies like fashion retailer Very, craft beer maker Brewdog and Starling Bank forming a queue.

The price of the shares is set close to the time when the company is set to make its debut on the exchange.

It is partly determined by the anticipated level of demand: if this is high, the float may be oversubscribed and applicants for shares will have their allocations cut back. If the float is under-subscribed – because of a nervous mood in the markets, say – allocations will be met in full. The bank that has underwritten the float will buy any surplus.

What happens when the shares start trading?

Some floats are warmly received, sending the shares soaring. Others are met with indifference or hostility.

Despite the lauded expertise of advisers, there is no fail-safe way to gauge the markets’ sentiment in advance. Two UK companies were among those that got off to a great start in 2021. Darktrace, the Cambridge cyber security company, floated in April. Its shares, offered at 250p, rose to 330p. Moonpig, the greeting card company, also fared well, jumping from 350p to 440p on the first day.

So floats are a great way to make money?

Sometimes, but not always. The risks are high and there can be a lot of hype. A float may flop because of doubts about the company’s management or prospects.

The March 2021 float of food delivery service Deliveroo was dubbed ‘the worst IPO in London’s history’. The shares, offered at 390p, slumped by 26 per cent on the first day, a debacle blamed on a list of factors. They now stand at 197p.

Can anyone apply for shares?

Er, no, not always. Small investors are excluded from many floats which are open only to financial institutions. As a result, small investors miss out on the profits that can be made in early trading. All very unfair. It is short-sighted too. In many businesses, offering shares to customers could create a loyal and stable shareholder base, along with a great deal of goodwill.

PrimaryBid – whose app makes it easier to apply for shares in a float – is one of the organisations pressing for reform. Richard Wilson, chief executive of Interactive Investor, argues that for legislation requiring all companies to reserve a chunk of shares for small investors. Why should a float be called an IPO if the public are shut out?

Diesel soars above £1.80 to set a new record high