Listening to the chorus of doom-laden commentators, it might sound as though our current economic woes are the worst in the history of humankind.

But Paul Manduca, chairman of FTSE 100-listed investment advice firm St James’s Place (SJP), ranks it a ‘six or a seven’ on a scale up to ten.

On the ill-fated mini-Budget that led to the defenestration of Liz Truss and Kwasi Kwarteng, he says: ‘I don’t think this has been a very serious crisis. 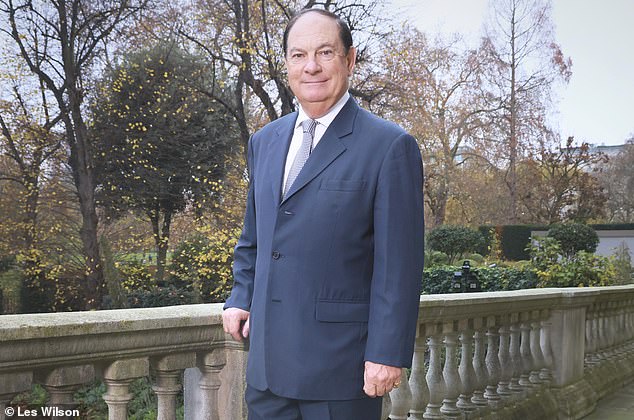 It has been a big shock, particularly in the UK where inflation and interest rates were going up more than markets thought.

‘Sterling dipped and came close to parity with the dollar but it has recovered quite quickly. The storm was exacerbated by the war in Ukraine and the fuel issues.

‘Markets are signalling we can get through this now. Inflation will come down next year,’ he says, adding, however, that volatility will remain.

Manduca, 71, has certainly earned the right to be heard. In the Square Mile, where careers – and memories – are often short, he has been at the top for nearly five decades, first coming to prominence in the 1980s as a fund manager.

More recently, he chaired re-insurer Aon UK before becoming chairman of FTSE 100 group Prudential for eight years until 2020, when he segued into the chair at St James’s Place.

At the Pru, the jury is still out on whether the restructuring of the group to focus on Asia that began under his tenure is a masterstroke, or a dismantling of a once great British name.

Manduca also spent six years, from 2005 to 2011, as a senior independent director of the Morrisons supermarket chain, where he became close to Sir Ken Morrison, the legendary founder.

Morrisons has floundered since being sold off to US private equity group Clayton, Dubilier & Rice last year, in a debt-laden £7bn deal.

So what does Manduca make of it?

‘Morrisons’ share price had gone nowhere for a long time because there has been a contraction of margins in the retail industry,’ he says.

Although he accepts the decision to sell was down to shareholders, he clearly feels a sense of regret.

He mentions the close relationships Morrisons had with farms and fisheries and the estate of freehold stores built up by Sir Ken, ‘which is now being dismantled’ because of the debt taken on in the deal.

Who would he invite for dinner? Czar Nicholas II of Russia, who lost his and the Romanov Empire (he needed advice).

‘Look, I wish the new owners well, but I am slightly sad.’

What would Sir Ken have felt about it? ‘Oh, I think he would be rotating in his grave. There is no doubt about that.’

While the late founder’s disapproval does not, in itself, make them ‘bad owners’, Manduca questions whether ‘in the current climate, is private equity the ideal ownership, with a lot of debt to service?’

Morrisons this year lost its place in the Big Four UK supermarkets alongside Asda, Tesco and Sainsbury’s, when it was leapfrogged by Aldi. Fellow German discounter Lidl is also expecting to overtake Morrisons before long.

The most recent figures yesterday showed sales at Morrisons were down almost 5pc.

‘It dismays me a bit. It is sad because it looked at one point as if we could challenge the Big Three,’ says Manduca.

‘Ken was our brand. He was one of the great grocers. I used to enjoy what he put in the stores.’

Does he still shop at Morrisons? ‘I don’t actually, no. There isn’t one convenient for me, and I used to have a discount card. They didn’t let me keep it.’

It’s hard to imagine Manduca pushing a trolley full of baked beans. He is descended from Maltese aristocracy and spent his schooldays at Harrow, followed by a degree in modern languages at Hertford College, Oxford, but he does not play the grandee.

We meet in Spencer House, a magnificent 18th century mansion in St James’s in central London, though he is quick to point out that SJP only has a few rooms in the building and is moving out to new offices in Paddington in the spring. Its headquarters are in a modern office in Cirencester.

SJP, which looks after £143billion of investments for 868,000 clients, was co-founded in 1991 by Lord Jacob Rothschild, who has a lease on Spencer House. The company has more than 4,600 self-employed advisers.

Its share price is down by around a third this year, and assets under management have fallen in the first half because of reversals in global markets, but new business was strong with more than £9billion of net new investment by clients.

The company ran into a welter of bad publicity a few years ago after revelations over lavish rewards, including cruises and gold cufflinks, which were ladled out to its partners as incentives to boost sales.

After a review, pay and perks were overhauled and Manduca says the largesse is all in the past.

‘We don’t do cruises and we don’t give cufflinks any more,’ he says, conceding they ‘probably went on too long’. SJP also ran into controversy because it had used disgraced former funds guru Neil Woodford to run £3billion of assets for its clients.

However, it had banned Woodford from taking risky bets with its customers’ cash, and dumped him in 2019 before the collapse, and says none of its clients lost out. 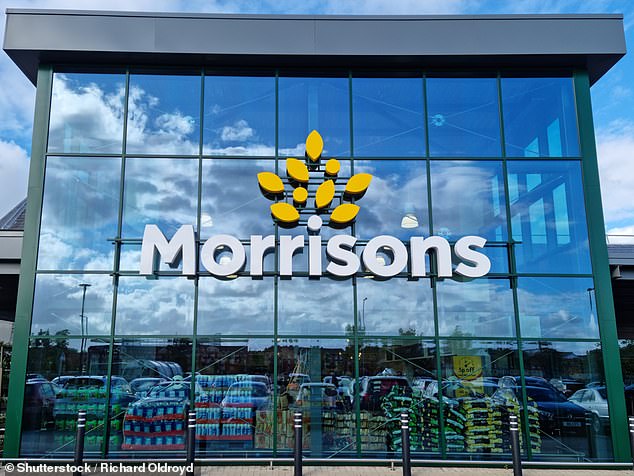 Debt burden: Morrisons this year lost its place in the Big Four UK supermarkets alongside Asda, Tesco and Sainsbury’s, when it was leapfrogged by Aldi

Manduca argues the perception SJP charges high fees is incorrect: ‘The average client pays about 2.2 per cent and you can’t compare our advice with robo-advice or platforms, it is completely different.

‘Look at our client retention, which is about 97 per cent.

‘The average length of a relationship [between a customer and an adviser] is 14 years.’

One of his biggest preoccupations is that people need financial advice and are not always receiving it. SJP caters to the well-heeled, with a target market of people with £50,000 to £5million to invest – but those with less money often find it hard to find good advice.

‘It begins with financial education which we haven’t been very good at in schools.

‘A lot of well-educated people don’t know what an ISA is. Earn it, save it, invest it. These are the principles we need to get across.’

Does Manduca think the aspirational middle class in the UK, who make up SJP’s client base, has been unfairly targeted in Jeremy Hunt’s recent Budget?

And, with spiralling inflation, particularly for expenditures such as school fees, is the very existence of the middle class under threat?

‘There is a huge savings gap,’ he says. ‘I suspect the property market has bailed out a lot of people, who have downsized.

‘If house prices were to fall –unlikely because of the shortage of housing – but if they did, then you would really have a problem.’

As for the Budget, he says: ‘We are in a very tight corner in the UK. We have huge expenditure on public services, notably the health service. No-one quite understands why there hasn’t been more of a bounce-back in the UK in terms of people getting back to work.

‘You have to go to the people with money, so the Budget was inevitable.’

There has as yet, he says, been no sign of clients withdrawing savings or cutting back on investment, though they are seeking more advice.

Married to Ursula, a Harley Street ophthalmologist and with two adult sons, Manduca has, at the start of his eighth decade, a schedule that would be demanding at any age.

He wakes at about 6.30am, snatches a quick bowl of cereal, and is at his desk at SJP by around 7.30am, to embark on a round of meetings, often followed by a work dinner in the evening.

‘I have enjoyed all of my career, but I always want to feel I am adding value,’ he says.

He recounts a meeting years ago in Chicago with a trader, who said: ‘Do you know, every day I get up and look in the mirror and say “Are YOU adding value?” and says: ‘It’s funny, but I never forgot that. I think chairmen ought to just ask themselves now and again: “Am I adding value?”’