But all point towards the bull case, and if legitimate concerns about the safety of nuclear power didn’t still linger, the future of energy would already be a done deal.

Many are betting that in fact it is, and the world just doesn’t know it yet. The bull case argues that safety has come a long way in the industry since the famous accidents at Three Mile Island and Chernobyl. It’s even come a long way since Fukushima. 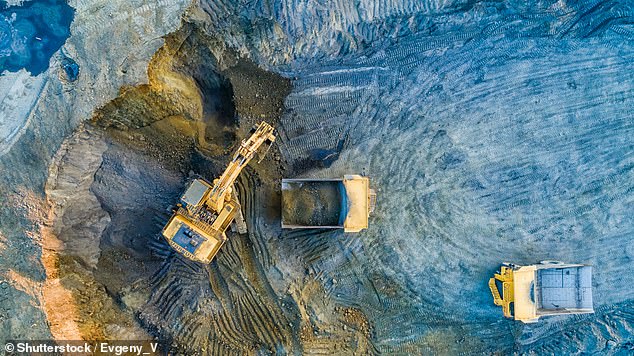 Driving a trend: All of a sudden, investors are switching back on to uranium

And the alternatives aren’t exactly safe either – if the climate change lobby is to be believed, a carbon-based energy future will rapidly tip the world into Armageddon. It’s on that basis that many, though not all, who lobby for a greener future are embracing nuclear as the only possible alternative.

But you don’t have to take a view on the ultimate outcome to stand a chance on getting in on the action in the short to medium term.

An additional factor, according to Lequime, manager of the TB Amati Strategic Metals Fund, is ‘the emergence of financial players in the uranium spot market.’

Oh, yes – these days, it’s possible to bet on the uranium spot price, never mind that the pricing of most large-scale uranium deals gets priced behind closed doors.

Spot uranium has risen by 120 per cent over the past three years, while what Lequime calls ‘term’ prices have risen by 60 per cent.

And, although there’s been a significant recent uptick in demand, the strength of that price move is also a reflection of years of underinvestment in the primary supply of uranium.

‘A supply deficit is forecast to continue for a few years, which is being exploited by financial players trying to soak up as much supply on the spot market, in an attempt to establish a more realistic incentive price for new supply coming onto the market,’ says Lequime. 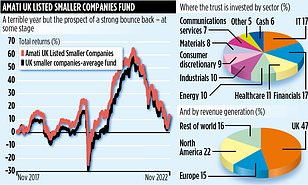 ‘In addition, the West is facing a real threat of a bifurcated world, where the continued source of cheap uranium is no longer guaranteed.’

According to the World Nuclear Association, nuclear energy generation accounted for 10.3 per cent of the world’s electricity generation in 2021. In total 427 active nuclear reactors generated 2,653 TWh.

Another 56 reactors are currently under construction, mainly in China, India and South Korea, with a further 434 reactors either planned or proposed, although as it stands, Western Europe and the USA account for almost 65 per cent of world’s current nuclear energy generation.

Kazakhstan, Russia, Uzbekistan and China account for 60 per cent of the world’s primary U₃O₈ supply.

‘The difficulty in the scalability of hydropower, solar and wind power in a reasonable timeframe suggests that nuclear power will assume a more prominent role in the energy mix going forward. Uranium is seen to be at a critical turning point, where there is no path to zero that does not involve uranium,’ says Lequime.

And the recently enacted Inflation Reduction Act included investment tax credits, a US$700mln grant to build an enrichment facility and further loan guarantees of up to US$40bn to the uranium fuel supply chain.

In October 2022, Cameco, the world’s largest global supplier of uranium fuel for nuclear energy, and the private equity firm, Brookfields, acquired Westinghouse Electric Company, which services about half the nuclear power generation sector and is the original equipment manufacturer to more than half the global nuclear fleet.

‘We believe that the move by Cameco to vertically integrate its business is motivated by a desire to counter Russia’s dominance in the conversion and enrichment side of the industry and influence in the nuclear reactor industry in Eastern Europe,’ said Lequime.

So, how best to take advantage of this trend? Those with a cautious frame of mind might consider BHP or Rio Tinto, both of which have a considerable uranium output balanced by major positions in several other commodities, including copper and coal.

For those who want to go all-in, the London-listed vehicle Yellow Cake PLC holds physical uranium and offers direct exposure to the spot market.

And, for more sophisticated players, there’s always the world of ETFs, with a basket of uranium options including foreign equities offered by the likes of HANETF, Global X and North Shore Global.