Snoop Dogg and Mike Epps were snapped filming a carjacking scene on the Atlanta set of their upcoming comedy The Underdoggs on Tuesday.

The rapper, 50, donned a white coat with red print, a white shirt with multiple gold chains and his hair in braids, and sunglasses.

The Long Beach, California native, whose real name is Calvin Broadus Jr., rounded out his ensemble in navy blue pants with white sneakers. 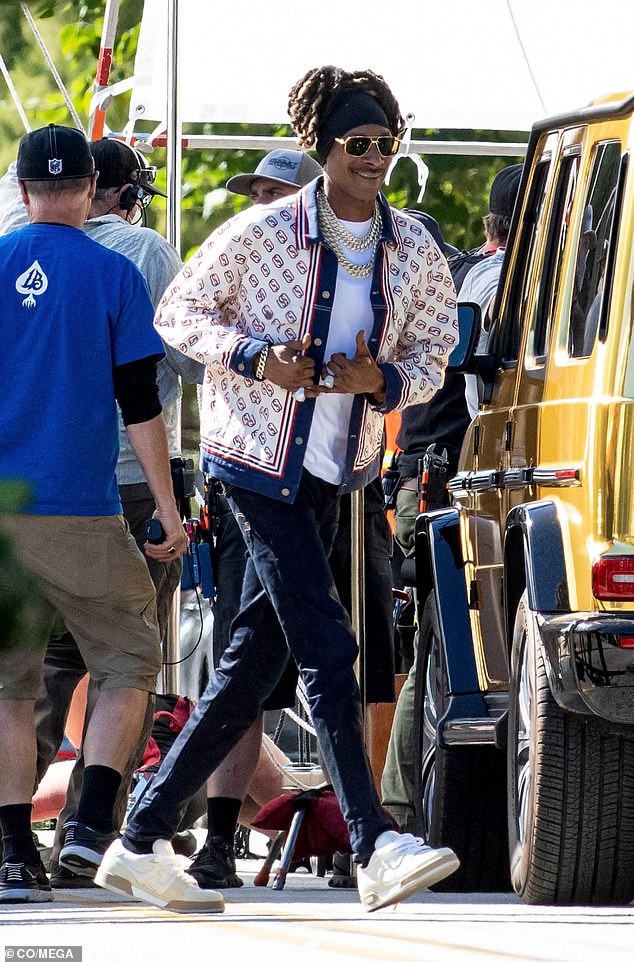 The latest: Snoop Dogg, 50, was snapped filming a carjacking scene on the Atlanta set of his  upcoming comedy The Underdoggs on Tuesday

Epps, 51, wore an olive green flannel top over a white shirt with a navy blue scarf around his neck. The actor rounded things out with dark blue jeans and white Nike sneakers.

Snoop Dogg is producing the movie with black-ish creator Kenya Barris for his Death Row Pictures.

The storyline of the film follows Snoop’s character ‘2J’s’ Jaycen Jenning, a one-time NFL star who coaches a youth football team in an effort to reboot his career after running afoul of the law. Charles Stone is directing the film, which was penned by Danny Segal and Isaac Schamis.

The rapper said in a statement, according to Deadline, ‘The Underdoggs is a real personal project for me considering that I’ve been coaching football for 15+ years with the Snoop Youth Football League that I started with my long-time business partner Constance Schwartz-Morini. 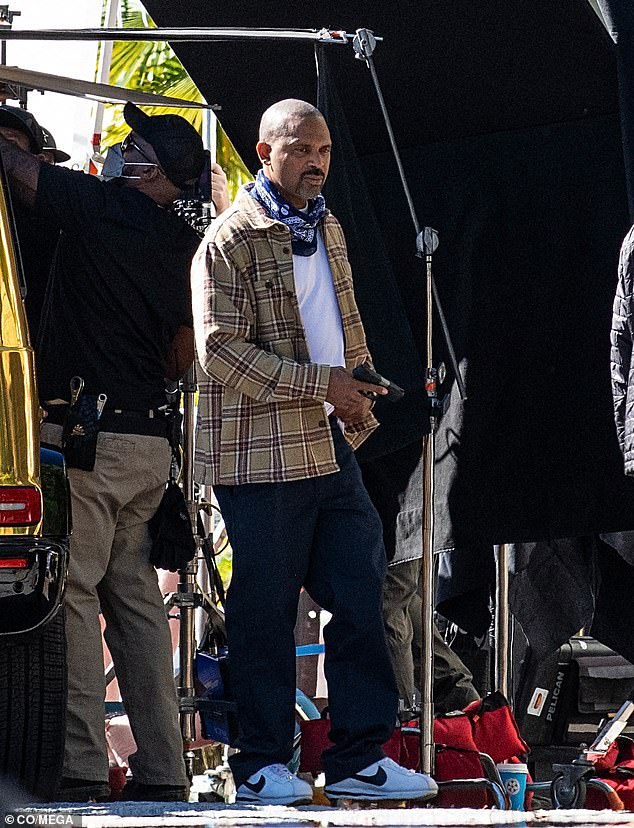 Epps, 51, wore an olive green flannel top over a white shirt with a navy blue scarf around his neck. The actor rounded things out with dark blue jeans and white Nike sneakers 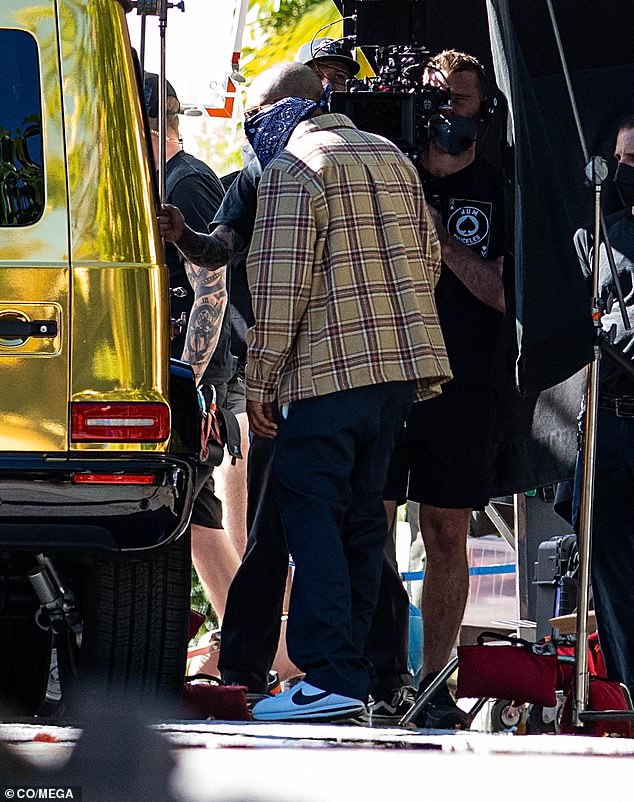 ‘Giving back to the community through football has taught us so many invaluable life lessons that we’ve been able to share with kids in similar situations like mine when I was growing up. My hope is that this movie will shed light on the realities that kids and adults face in the hood and within the complex world of football.’

‘Snoop’s longtime commitment to his community via his youth football league is hugely inspiring to all of us at MGM,’ the company’s MGM’s chief operating officer Chris Brearton said in a statement. ‘We are thrilled to be working alongside this incredible creative team to bring this great comedy to moviegoing audiences, and to further MGM’s commitment to the theatrical exhibition when it hits theaters next October.’

Said Schwartz-Morini: ‘We have brought together the perfect team, from MGM to the creatives led by Kenya, to make this film a reality. I am excited to build upon my 10 years at the National Football League and broader work across the sports and entertainment industry to help Snoop bring this film idea to life.’