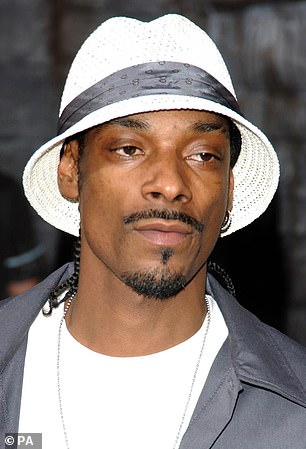 A fierce critic of a medicinal cannabis group backed by rapper Snoop Dogg has slashed his stake after losing a bitter boardroom row.

It comes several months after Sathianathan, who co-founded the firm, unsuccessfully tried to unseat the chief executive, chairman and several non-executive directors. These included his fellow co-founder Neil Mahapatra, who is the largest shareholder in OCT.

The firm, which also counts tobacco giant Imperial Brands among investors, is using cannabis extracts to develop a range of pain relief products.

OCT is one of several companies to have received backing from Casa Verde, a venture capital fund co-founded by rap artist Snoop Dogg – real name Calvin Broadus Jr – who is a vocal advocate for legalising cannabis use in the US.

Oxford-headquartered OCT was valued at £48million when it floated in London last year. It is worth just £5.3million now.

Sathianathan accused the board of being ‘obstructive’ in the face of ‘ongoing and worsening value destruction’ and wanted to address what he described as ‘serious governance and sclerotic management issues’.

He has cut his stake before OCT is due to start its first clinical trial in January.