So what does the price cap bombshell mean for you?

Any hope that cheap fixed energy deals might soon return was dashed yesterday by a bleak announcement from watchdog Ofgem.

This time last year, in an ultra-competitive market, suppliers were racing to offer rock-bottom tariffs in order to entice new customers.

But if households were holding out for a swift reappearance of those cheap deals, they have been given a reality check. 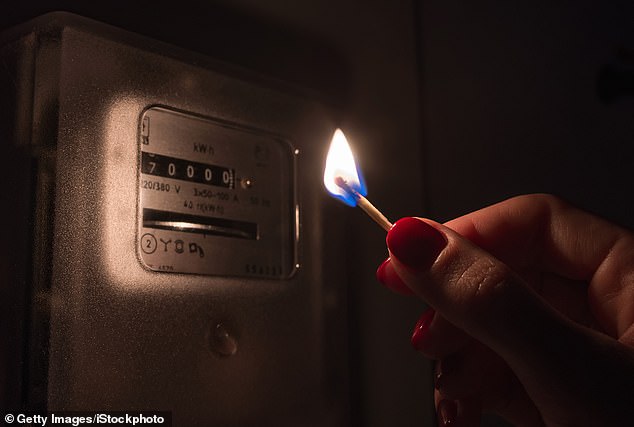 Cost crunch: The Bank of England already predicts energy bills could rise to an average of £2,800 a year in October

The regulator confirmed that its priority was no longer to offer ‘the lowest possible price to customers’.

Instead, its focus is now on enabling ‘efficient suppliers to finance their business’, it wrote in a document explaining the changes that was published yesterday.

As part of this strategy, Ofgem says it will review the price cap, designed to protect households from unfair pricing, every three months, rather than every six months, as it does currently.

And buried in its proposals is a plan to effectively penalise suppliers that offer cheaper deals through a ‘Market Stabilisation Charge’.

Consumer champion Martin Lewis was so incensed by the plans, he described them as ‘a ‘f****** disgrace that sells consumers down the river’.

And there is no doubt they make sober reading for households.

The Bank of England already predicts energy bills could rise to an average of £2,800 a year in October.

That is the equivalent of about a third of the annual state pension, and 75 per cent of a single person’s Universal Credit entitlement. 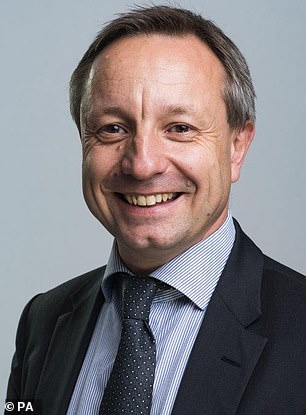 What’s more, under Ofgem’s proposal, households could face yet another bill hike in January — right in the middle of winter.

The watchdog insists reviewing the price cap every three months will allow it to pass on any slump in wholesale energy costs to consumers more quickly. Yet experts warn the move will instead give rise to more stealth price hikes.

Scott Byrom, chief executive officer of The Energy Shop, says: ‘What we’re likely to see is a 40 per cent increase in October.

‘Then in January, it will probably go up by a smaller amount — perhaps 8 per cent — and we will see suppliers saying that prices are ‘only’ rising by a little. But it is still a big increase over the long term.’

Indeed, since the cap was launched in 2019, it has risen four times but only been lowered on three occasions. Compared with 2021, it has jumped by 73 per cent.

Here, Money Mail talks you through what the changes mean for you.

How does the price cap work?

About 22 million households are on their supplier’s standard variable tariff, which is protected by the price cap.

This number will only increase as soaring wholesale gas prices, pushed up further by the conflict in Ukraine, mean fixed tariffs have all but vanished from the market.

In April the price cap increased to an average of £1,971 a year, up from £1,277. If you have a bigger family and use more than the average amount of power, you will pay more.

There is also a cap on so-called standing charges, which cover the cost of providing energy to your home and administration expenses. These are currently limited to 27p a day for gas and 45p for electricity, up from 26p and 25p previously.

Many experts are calling for these to be lowered or scrapped, as they unfairly penalise those living alone or in smaller homes, making up a larger proportion of their bills.

Since the price cap was launched in 2019, it has risen four times but only been lowered on three occasions. Compared with 2021, it has jumped by 7%

What’s changing and why?

The price cap makes it impossible for suppliers to pass on soaring wholesale energy costs to customers. This has contributed to more than 30 energy companies going bust since last year.

Under current rules, the price cap is updated every six months, in April and October.

But if Ofgem’s proposals are approved, it will be able to change the maximum customers pay every three months from October.

The hope is that reviewing the price cap more frequently will help stabilise the market.

Gillian Cooper, head of energy policy at Citizens Advice, says it will reduce the risk of further supplier failures, which have already left customers with a multibillion- pound bill. About £68 of the £1,971 price cap is down to the cost of energy firm failures. But Ms Cooper warns that customers must not be left to pick up the tab for energy market chaos.

Joe Malinowski, from The Energy Shop, says the change may have been dressed up as good news for consumers but it is more about reducing the risk for energy companies. ‘From the consumer side it’s a double-edged sword,’ he says. ‘It will pass on lower costs sooner rather than later, but it will also pass on higher prices.’

‘How can we cope if bills rise again?’ 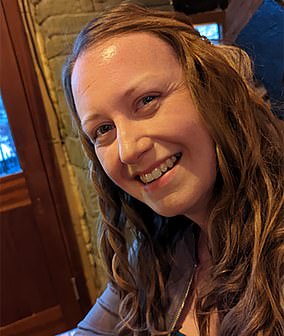 Kirsty Devine and her family are already having to make cutbacks around the home after their monthly energy bills soared by 50 per cent.

Although they live in a fairly energy-efficient house, their monthly bills rose from £90 to £135. The family, who live in Halifax, no longer run baths and take only three-minute showers.

Takeaways and dinners out were the first luxury to go, and Kirsty, 36, says her son Jack, 14, won’t be able to go on his school skiing trip next year. Nor are they going on any holidays.

Kirsty, who runs her own home décor business, says she is not sure how they will manage if their bills rise again.

She says: ‘I can’t imagine getting a £200 bill. I dread to think what will happen in October when the price cap is set to rise again.

I am self-employed and my husband Darren is in training after being made redundant.

Our energy account was always £190 in credit, which gave us a buffer, and now we are relying on our savings to see us through.’

Will there still be fixed deals?

Consumer expert Martin Lewis warns that the ‘Market Stabilisation Charge’ put forward by Ofgem has slammed the door on cheap deals for customers who switch.

This charge was introduced last month and is levied on firms when they sign up new customers.

It means that if wholesale prices fall dramatically and suppliers want to offer a cheap deal for new customers, they have to pay a fee to the losing supplier.

Under Ofgem’s new proposals, firms will have to pay the fee if wholesale prices drop by just 10 per cent, instead of 30 per cent currently.

The regulator also wants to increase the charge suppliers pay the previous firm from 75 per cent of the money they would miss out on to 85 per cent.

This could kill cheap deals for people switching suppliers, as firms would have to take these extra costs into account when setting prices for new customers.

Previously, the lowest tariffs in the market have been £200 or more cheaper than the price cap level. But this charge will mean the price cap is likely to continue being the cheapest option for some time.

More hikes: Ofgem says it will review the price cap, designed to protect households from unfair pricing, every three months, rather than every six months, as it does currently

Are my bills set to jump?

Ofgem has warned that another steep increase in bills is expected in October, and experts have predicted the average household may have to pay £2,800 a year.

The changes are especially worrying as they open up the potential for price rises during the coldest months of the year, and reduce the protection the price cap gives throughout winter.

If there had been an increase to the price cap in January this year, many households would have been left in a difficult, and potentially dangerous, situation.

Mr Malinowski says wholesale gas prices are actually on a very gradual trend downwards. But the Ukraine war means there is no guarantee there won’t be further gas disruptions that could push bills up again.

And if I have a pre-pay meter?

About 4.5 million customers have a prepayment energy meter — and face even higher charges. Often these are vulnerable households on low incomes.

The price cap is currently £2,017, up from £1,309 previously. Those people who cannot afford to top up their meter could lose their power altogether. 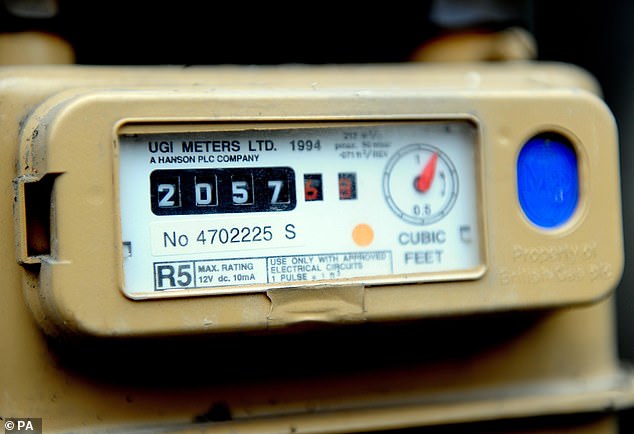 Poorest worst hit: Some 4.5 million customers have a prepayment energy meters – and face even higher charges. Often these are vulnerable households on low incomes

Peter Smith, director of policy and advocacy at National Energy Action, warns that prepayment customers are likely to be hardest hit by the new price cap rules.

‘Over half of all these customers have incomes below £18,000 per year and are much more likely to be in significant energy debt,’ he says.

‘Unlike direct debit customers, many of these customers will have been paying daily for the 54 per cent increase in bills ever since April 1.’

Could a windfall tax help?

Ministers have not ruled out a windfall tax on power firms to help households that are struggling to pay their bills.

The one-off tax would target companies that have benefited from sky-high energy prices.

Energy producer BP, for example, made an underlying profit of £4.9 billion in the first three months of the year.

The Chancellor, Rishi Sunak, has said he is not ‘naturally attracted’ to the idea of a windfall tax and would rather see investment in the sector to create jobs and energy security.

So far, the Government has offered homes in council tax bands A to D a £150 rebate to ease the pressure.

But despite initial plans for households to receive the payment in April, delays have meant that many people are still waiting to receive the much-needed help — and may not get it until September.

In October, under the current plans, £200 will automatically be taken off all energy bills, which will then have to be paid back over five years from April 2023.