The Omicron ‘stealth’ variant, or BA.2 as it officially titled, could cause more severe infection that the original version of the strain – and may be able to evade some treatments.

Researchers at the University of Tokyo in Japan, found that the new lineage – which was already known to be more infectious that BA.1, the original version of Omicron – caused more severe cases of the virus in infected hamsters.

The lineage, which makes up around five percent of U.S. Covid cases according to data from the Centers for Disease Control and Prevention (CDC), has has properties similar to the Delta variant in the way it effects a person’s lungs, the researchers believe, that makes it more dangerous that its predecessor.

The research was conducted on animals, though, and it is a pre-print study, meaning the findings have not yet been peer reviewed from publication in a major medical journal.

Health experts have not showed extreme concern about the stealth variant yet. It still makes up a small portion of cases in the U.S., and in countries like Denmark and the UK where it has taken over as the dominant lineage it has failed to cause surges of hospitalizations or deaths. 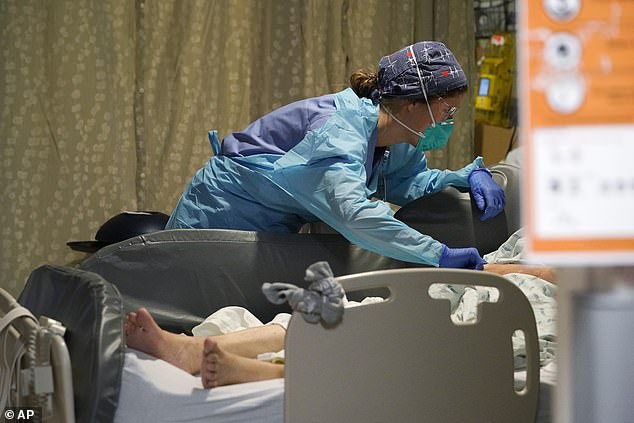 A Japanese research team fear that the Omicron ‘stealth’ variant can cause more severe infection that the original, BA.1 lineage of the virus. They also believe it can evade monoclonal antibody treatments. Pictured: A nurse in Seattle, Washington, treats a Covid patient on January 14 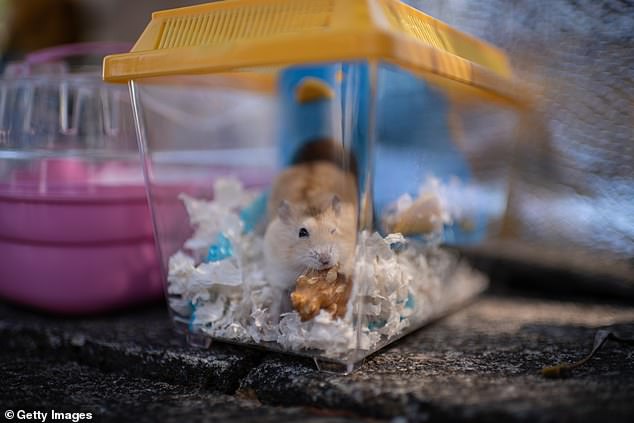 Japanese researchers conducted the experiment by infecting hamsters with BA.1 and BA.2. They found BA.2 can generate a lot of syncytia, which can cause severe damage to a person’s lungs (file photo)

The researchers, who revealed their findings this week, are particularly concerned about the lineage’s ability to to create syncytia – clumps of cells that damage the lungs.

BA.1 produced less syncytia than the Delta variant and other strains, which is what made it so dangerous.

Hamsters used by researchers to study the effect of the two different lineages on the lungs found that those infected with BA.2 were significantly worse off.

Like BA.1, the stealth strain also had the ability to break through antibodies from the vaccine and previous infection.

It could also get through monoclonal antibody treatments, which provide the immune system with a boost of additional antibodies to fight the virus.

People previously infected with BA.1 should be safe from BA.2, though, as the lineage could not break through antibodies from the same family of the virus.

Overall, health officials seem to be indifferent to the ‘stealth’ variant, even saying BA.2’s moniker makes it sound scarier than it really is.

Dr Pavitra Roychoudhury is a bioinformatics expert at the University of Washington in Seattle who specializes in spike gene target failure (SGTF) sequencing.

BA.2 lacks the indicator SGTF uses to make a determination, Roychoudhury explained to DailyMail.com last month, which is why it can spread in a ‘stealthier’ fashion than other strains. 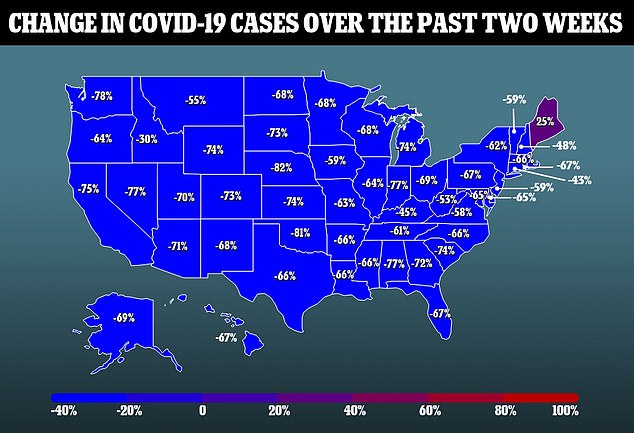 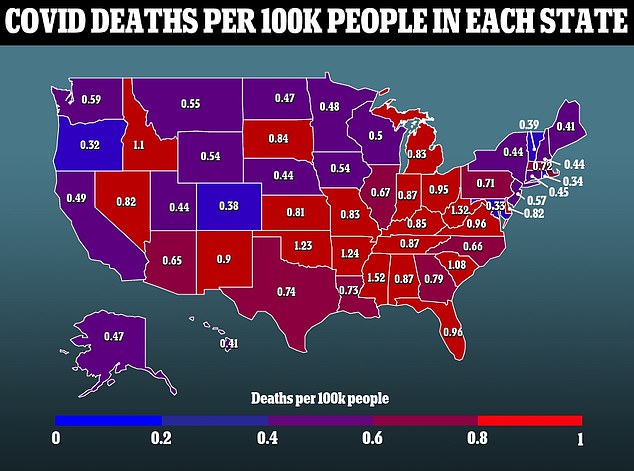 ‘Unfortunately, [the lack of detection] has been leading to some people referring to this as a stealth variant, which sounds kind of a little bit scary, but really all it is is that it doesn’t have that particular deletion that we were using as a signature or a marker for Omicron,’ she explained.

Dr Chris Thompson, a microbiologist expert at Loyola University Maryland told DailyMail.com that the natural immunity derived from Omicron infection may be weaker than it was from other strains because the variant is less severe.

‘[Making predictions with ] Omicron is tough, it causes a less severe disease and at least some early data suggests that that protection then won’t be as robust and won’t last as long,’ he said.

‘So someone [who] just got Covid … they’re going to be protected for at least a few months. But we don’t know how much longer than that.’

He says he is not sure whether the stealth variant can breakthrough BA.1 antibodies, but it is not worth taking the risk of finding out by not getting vaccinated and boosted.