Steve Carell has helped some of co-stars cement their place in film history.

The 59-year-old was on hand Friday as the Minions were honored with a hand-and-foot ceremony in front of the legendary TCL Chinese Theater, joining the ranks of Jackie Chan, R2D2, Robert DeNiro and Sandra Bullock, along with Mary Pickford and Douglas Fairbanks who began the tradition back in 1927.

The high Hollywood honor was scheduled to coincide with the launch of the latest film in the animated franchise, Minions: The Rise of Gru, which opens in theaters July first. 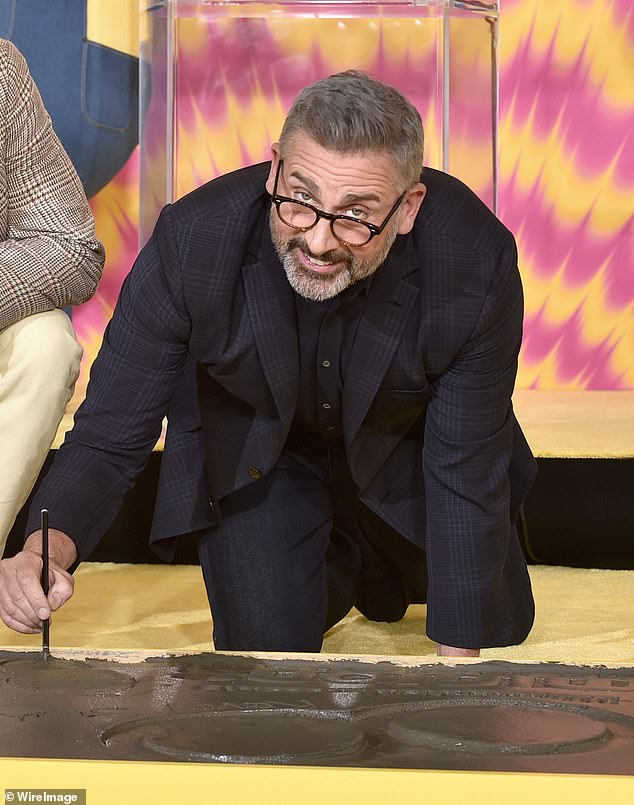 History: Steve Carell, 59, helped his Minion co-stars cement their place in Hollywood history at a hand-and-foot ceremony in front of the legendary TCL Chinese Theater

The versatile star was joined by Danny Trejo, 78, and Illumination CEO Chris Meledandri, 63 for the event. Minion Bob was on hand as well, representing his cohorts in chaos.

The multi-talented actor has reprised his role as the voice of main character for the project. This time, the movie reveals the untold story of how a then 12-year-old boy plotted and planned to become the world’s greatest supervillain. 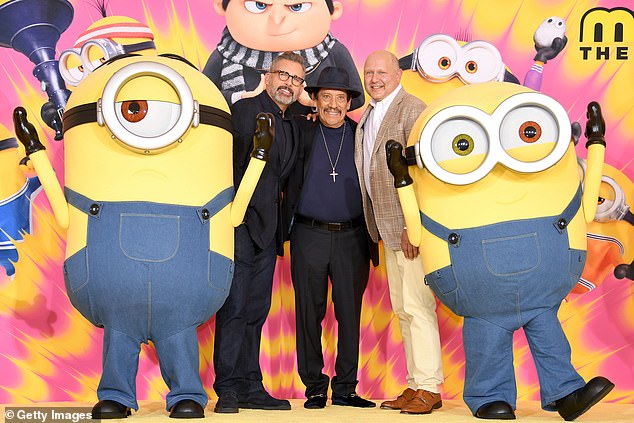 Group pictures: Minions Kevin and Bob posed with Steve, Danny Trejo and Illumination CEO Chris Meledandri at the event. Illumination is the company that produces the successful Despicable Me franchise 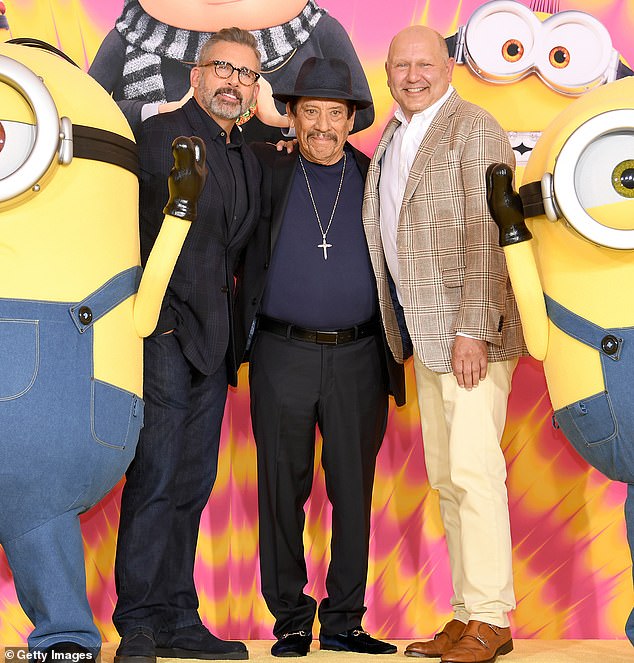 July 1: Minions: The Rise of Gru opens in theaters July 1, and tells the backstory of a 12-year-old who hopes to become the world’s greatest supervillain

The movie will make its world debut Saturday at the Chinese Theater and the Hollywood area of Los Angeles will be known as Minion-wood for the entire weekend.

So far, the franchise has earned more than $3.7 billion.

The Office actor has tackled the role of villain with a soft-center in four full length features and several short films. He is set to get in touch with his inner bad guy at least once more in Despicable Me 4, due in 2024. 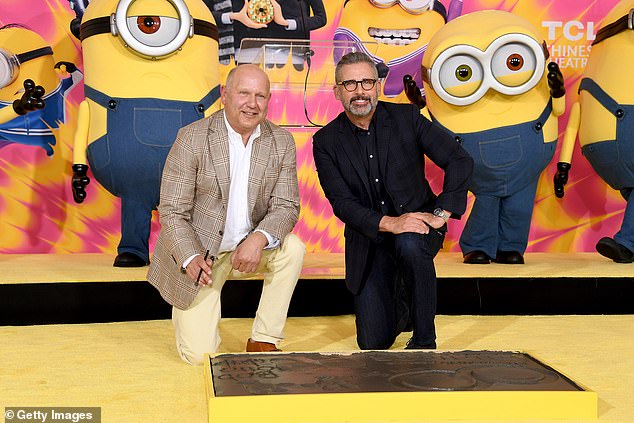 Box office: The Despicable Me franchise has earned more than $3.7 billon, so far 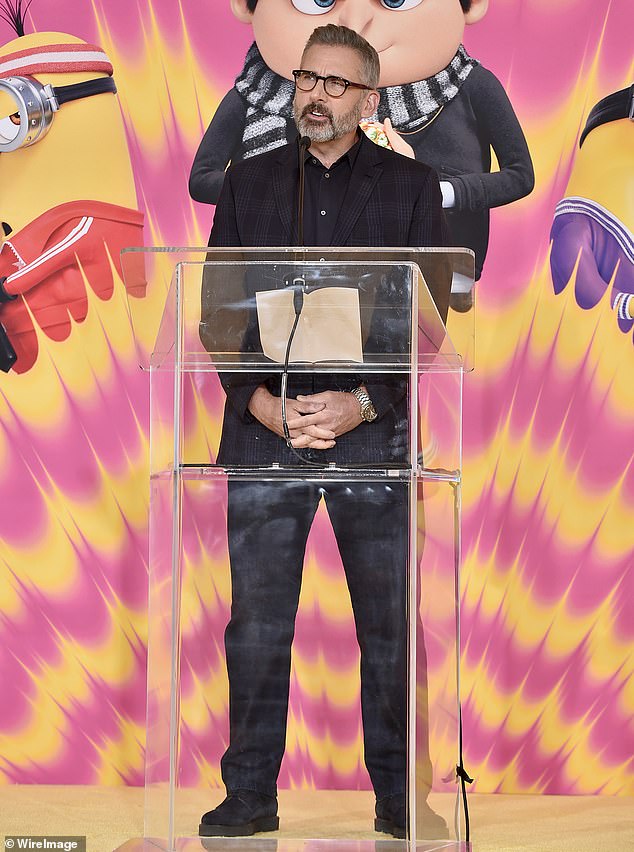 Accolades:  Steve Carell has earned accolades for his work in front of and behind the camera. He will reprise his role as Gru again, for Despicable Me 4, set to release in 2024 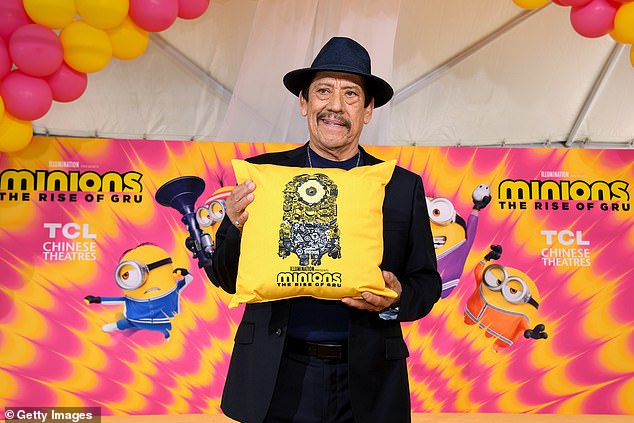 Stronhold:  Danny Trejo, 78, plays Stronghold. He is one of many actors who have lent their voices to Minions: The Rise of Gru

Steve started getting attention for his comedic flare playing various characters on the short lived The Dana Carvey Show in 1996. He went on to work as a correspondent on The Daily Show with Jon Stewart from 1999-2005.

The entertainer also starred in Anchorman: The Legend of Ron Burgundy in 2004 and then stepped into his role as Michael Scott in The Office from 2005-2013 for which he received numerous awards and nominations.

Steve, who is at ease in comedic and well as dramatic roles has numbers awards and nominations to his name, including a star on the Hollywood Walk of Fame which he received in 2016. 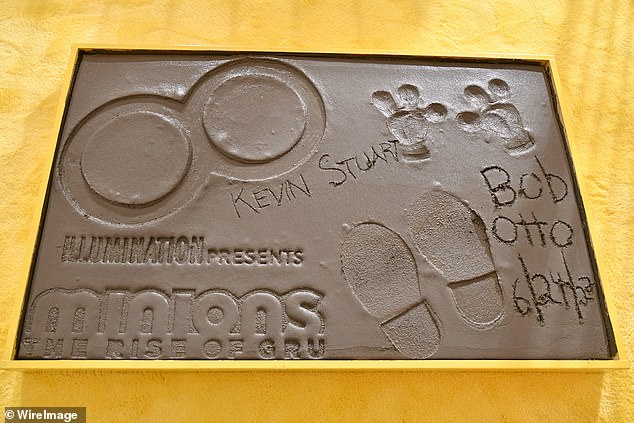 Hands and Feet: The Minions now join other Hollywood luminaries who have been honored with their own hand and footprints in cement dating back to 1927

Do you have chest pain when coughing? You could have pleurisy – symptoms to spot