Steve Harvey took aim at ‘cancel culture’ while speaking with reporters on Tuesday for the Television Critics Association press tour.

The 64-year-old comedian, who was promoting his new comedic courtroom series Judge Steve Harvey, claimed that he couldn’t even film a stand-up special out of fear of offending too many people.

He blamed the current state of fearfulness among comics on ‘political correctness,’ claiming it had ‘killed comedy.’ 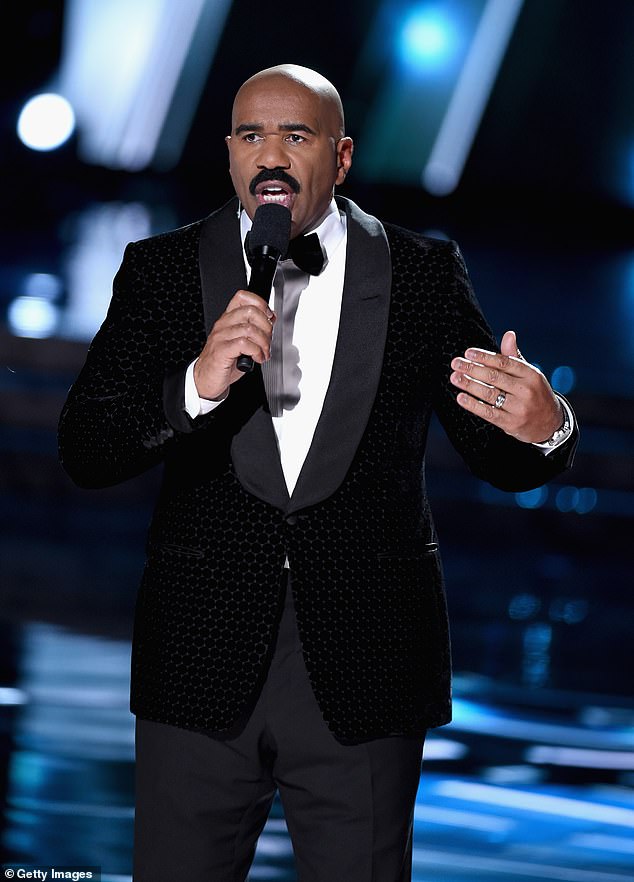 Anti-PC: Steve Harvey took aim at ‘cancel culture’ while speaking with reporters on Tuesday for the Television Critics Association press tour. He blamed ‘political correctness’ for having ‘killed comedy’; seen in 2015 in Las Vegas

Harvey said that a stand-up special would have to be the last thing he ever did, because it might significantly damage his career prospects.

‘We’re in the cancel culture now,’ he said. ‘Nobody can say anything he wants to — Chris Rock can’t, Kevin Hart can’t, Cedric the Entertainer can’t, D.L. Hughley can’t. I can go down the list.’

The Family Feud host said that only comics who weren’t beholden to corporate sponsors could do as they pleased.

‘The only person that can say what they want to say on stage is Dave Chappelle because he’s not sponsor-driven. He’s subscription,’ he said, referencing Chappelle’s controversial specials for Netflix, which some viewers have derided for having long stretches of transphobic material. 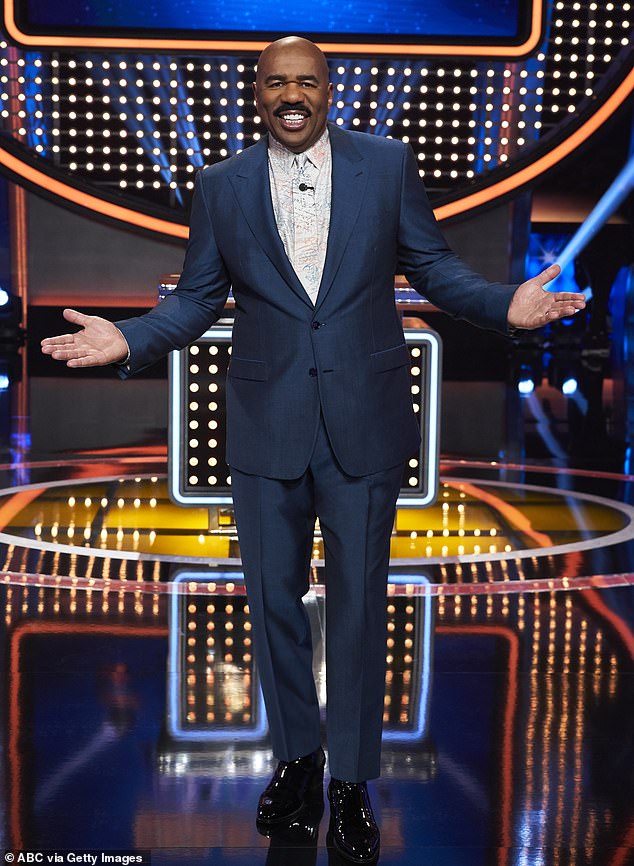 The end: Harvey said that a stand-up special would have to be the last thing he ever did, because it might damage his career prospects, though people like Dave Chappelle could still get away with it due to subscription deals; pictured in 2020

‘If I had tried to continue as a stand-up, there’s no way I could maintain it because political correctness has killed comedy, has killed it,’ Harvey continued ‘Every joke now, it hurts somebody’s feelings.’

The Original Kings Of Comedy star said it was essential for comedians to ruffle some feathers if they wanted to make meaningful jokes.

‘What people don’t understand about comedians is that a joke has to be about something. It has to be about somebody. We can’t write jokes about puppies all the time. The joke can’t be about bushes all the time,’ he continued. ‘Some of these jokes have to be about people — because that’s the most interesting topic. So if I come back, I have to wait until I’m done [with my TV career]. And I’m not done. I’d have to call it This Is It or something like that.’

Harvey didn’t seem completely torn up about the development, though, as he described his Judge Steve Harvey as ‘the best thing that happened’ to him.

‘So one of the reasons I stopped doing stand-up was my wife informed me that God was about to do something — I had no idea what he’s going to do — he was going to give me this [new show], and it turned out to be the best thing that happened to me,’ he explained. 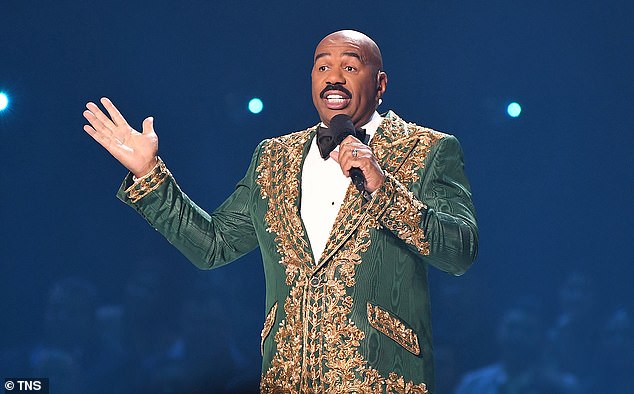 Close to home: ‘Every joke now, it hurts somebody’s feelings,’ he said, before contending that comedy has to be about people ‘because that’s the most interesting topic’; pictured in 2019 in Atlanta

Harvey’s new series Judge Steve Harvey is inspired by numerous small claims court shows, though his version of the genre will have more obvious humor.

‘I’m going to do this show for two years and it’s going to be a huge success,’ he said. ‘It’s based on my opinion and common sense — and I got a Ph.D. in that. I’m a sum total of so many of my challenges. I think the average person just has to remember that every time you fail, every time you’re challenged, it’s not to destroy you, or to injure you, or to cause you to give up. All of those things are to prepare you for what you ask God for.’

The comedian suggested that past failures had helped to make him even more successful in the long run. 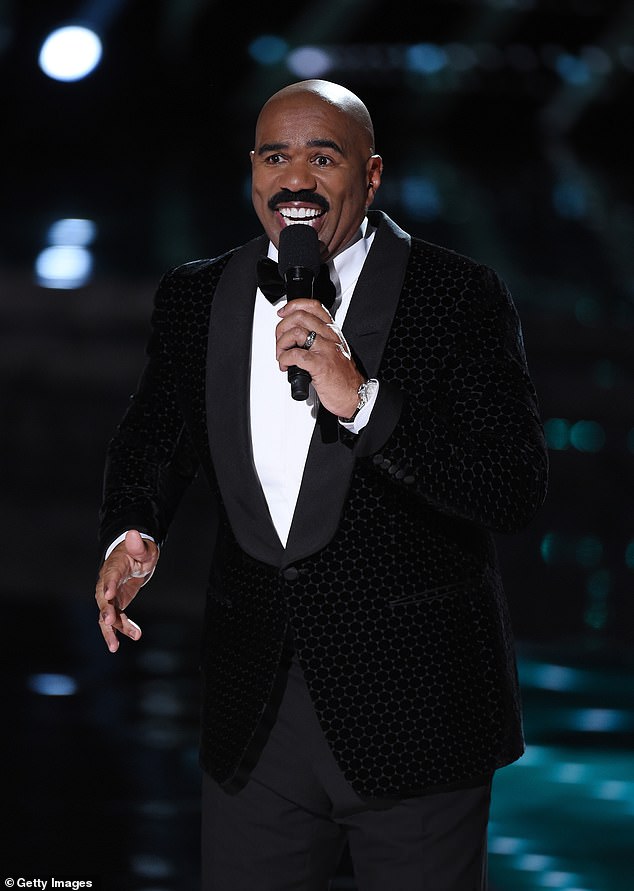 Make ’em laugh! Harvey’s new series Judge Steve Harvey is inspired by numerous small claims court shows, though his version of the genre will have more obvious humor; seen in 2015 in Las Vegas

The comic icon also spoke out about what he thought were wrong-headed laws across the country while clarifying that his new courtroom show wouldn’t be touching such charged topics.

‘Just because it’s the law don’t make it right,’ he added, setting his sights on pro-gun legislation.