STOCKS TO WATCH: If Marks & Spencer can eke out growth after party frock season was effectively cancelled, investors will be buoyed


Has Marks & Spencer had a Christmas cracker?

The high street stalwart typically benefits as shoppers treat themselves to pricier goods during the celebrations, and the Omicron-induced retreat away from restaurants in December will likely have helped.

The MoS revealed last month that the Percy Pig hawker was setting the early seasonal pace among the UK’s grocers, and it appears that was sustained until the big day. 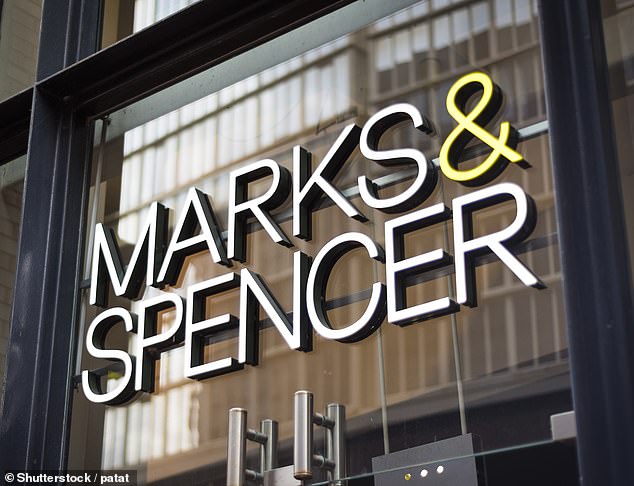 Christmas cracker? Marks & Spencer typically benefits as shoppers treat themselves to pricier goods during the celebrations

Data compiled by Kantar shows food sales grew a whopping 15.8 per cent in the three months to Boxing Day on comparable 2019 data.

This prognosis should be confirmed this week as M&S publishes quarterly numbers, along with a slew of retailers.

Sales in M&S’s clothing and homewares business will also be closely watched on Thursday.

Upbeat numbers from Next last week have lifted expectations, and if Marks can eke out growth after party frock season was effectively cancelled, investors will be buoyed.

Take a look over the Pond this week as two US banking titans, JPMorgan and Citigroup, post quarterly figures.

Wall Street lenders have been resilient throughout the pandemic although shares in both took a knock recently amid concerns over consumer loans.

Most intriguing will be the outlook for fees gleaned from bankers advising on deals and stock market floats. Can a bumper 2021 be replicated?

As industries hit by the pandemic go, Hyve Group’s home turf of exhibitions has been at the sharp end.

The owner of fashion jamboree Moda has endured two years of travel restrictions and event cancellations.

Its shares are down 80 per cent since Covid struck, revenues fell last year and the dividend is off the table.

But the company is, at least, back in the black. And chief executive Mark Shashoua – who, like his father, has spent his career as an exhibitionist – has been well cushioned.

Investors may be unimpressed.

Promising start to year for Beximco

It has been a promising start to the year for AIM-listed Beximco, which makes cheap versions of patented drugs.

Investors piled in after it claimed to have the world’s first generic version of Paxlovid, Pfizer’s £500 Covid treatment.

The stock has made healthy gains, and is up already nearly 50 per cent over the past six months.

That’s added to the coffers of its billionaire founder Salman Rahman, who originally set up the business in Bangladesh as a jute factory with his older brother in the 1960s.

These days he is an adviser to the country’s prime minister, Sheikh Hasina.

If Beximco can steal a march on rivals in the race to get Covid drugs to poorer countries, there could be further gains.