He has a penchant for showing off his daily suit, shoe and sock combinations on social media, where he commands upwards of 270,000 followers.

But Dan Walker’s Instagram posts took one step forward, two steps back on Tuesday after sources close to the BBC presenter confirmed he will no longer feature branded content on his popular account. 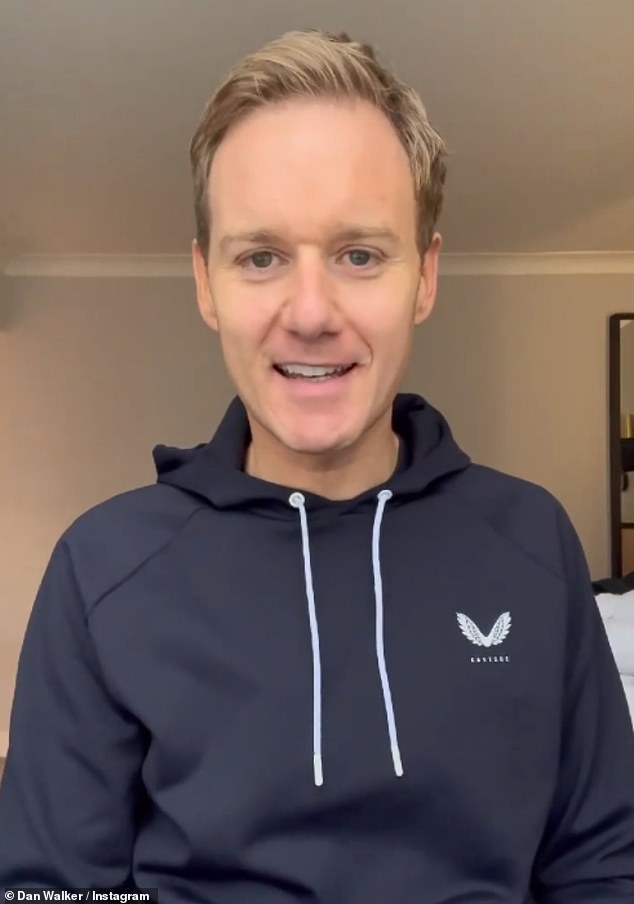 All change: Dan Walker’s Instagram posts took one step forward, two steps back on Tuesday after sources close to the presenter confirmed he will no longer feature branded content on his account (pictured showing off a hoodie from British sports brand Castore)

A common trend also finds Walker updating fans on his ever-revolving shoe and sock choices ahead of each appearance on BBC Breakfast.

While it’s understood that Walker does not have commercial agreements in place with any of the brands features on his social media platforms, questions have been raised regarding a potential conflict of interests with his BBC employers.

Editorial guidelines for the broadcasting giant stipulate that “On-air talent on news, current affairs and business programmes are not permitted to take part in any promotional activity for third parties” 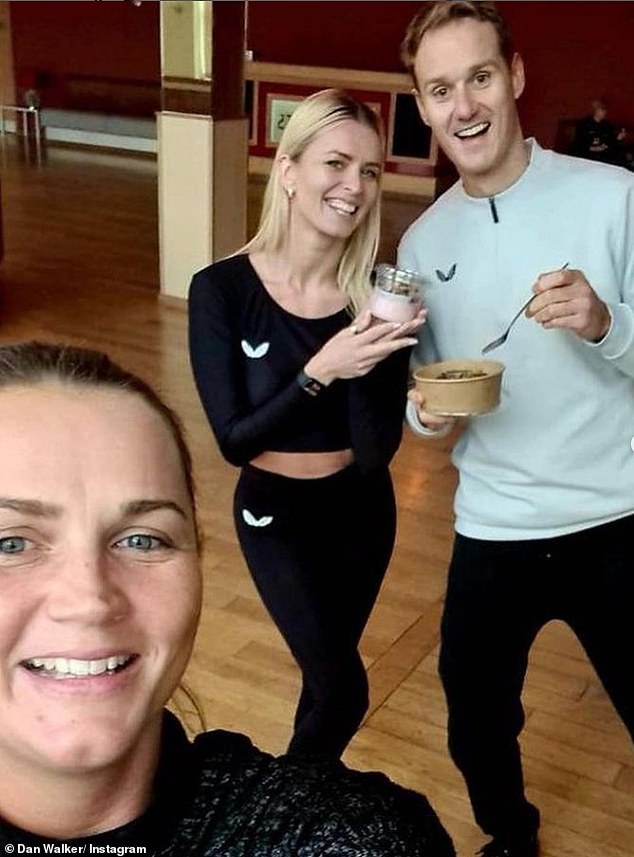 Nice logo: Dan and his Strictly Come Dancing partner Nadiya Bychkova both modelled Castore tops in a post shared by the presenter during his appearance on the BBC talent show 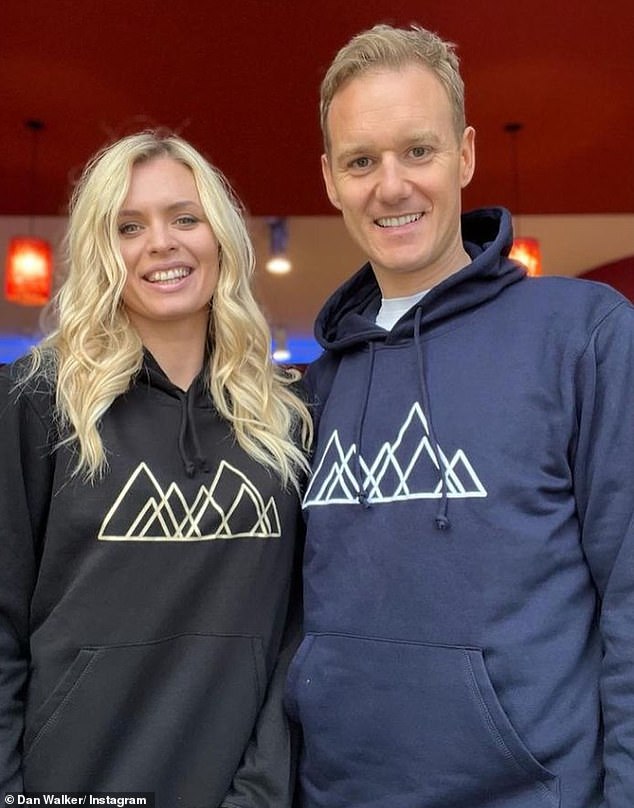 Peas in a pod: Dan and Nadiya wore matching branded hoodies in another post. It’s understood that neither party has a commercial deal in place with the brand

Brands commonly pay public figures with large social media followings to endorse their products, although Instagram guidelines stipulate that all sponsored posts should be clearly referenced as such.

No such clarification appears on Walker’s posts, however the absence of any official deal means there is no third party expectation for him to post and promote on social media in exchange for payment.

Sources have since confirmed to The Times that he will no longer endorse products on his Instagram and Twitter accounts to avoid the inaccurate perception of paid promotion. 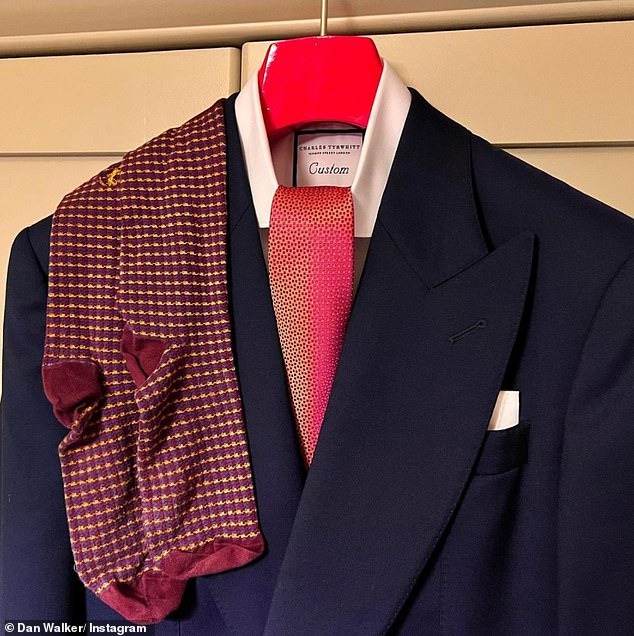 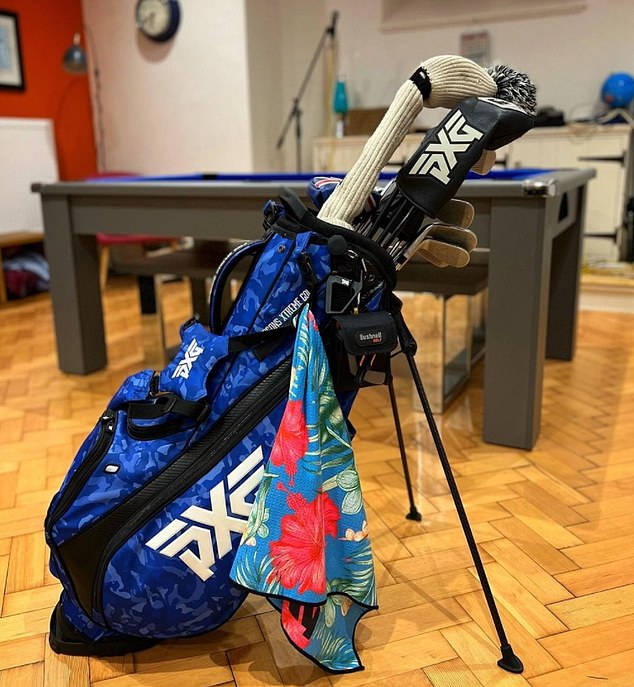 The BBC, where devout Christian Walker has spent much of his career, also insisted the presenter has not breached network guidelines. 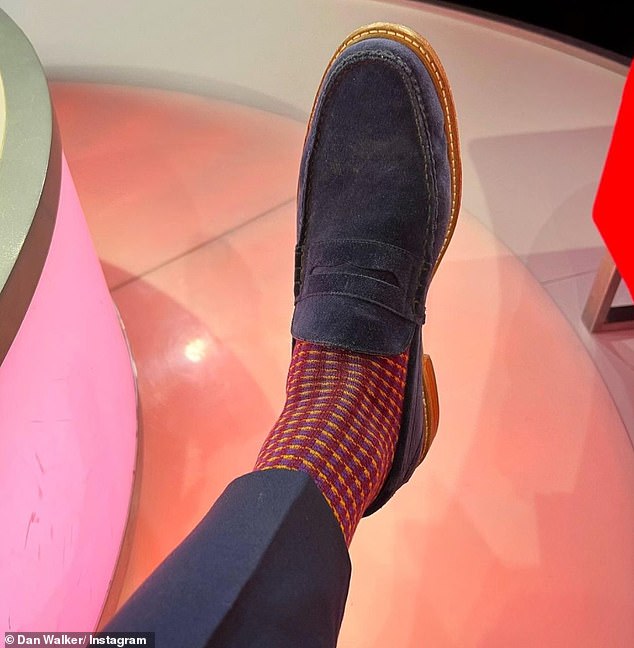 Fancy feet: He also has a penchant for showing off his daily suit, shoe and sock combinations on social media, where he commands upwards of 270,000 followers