Sunak puts distance between himself and Boris Ukraine-Brexit backlash

Lionel Barber rips into Boris for likening Ukraine to Brexit

In a speech at the Conservative Party’s spring conference in Blackpool on Saturday, Mr Johnson said Britons, like Ukrainians, had the instinct “to choose freedom” and that the 2016 referendum vote to leave the EU was a “recent example”. Mr Johnson said: “I know that it’s the instinct of the people of this country, like the people of Ukraine, to choose freedom, every time. I can give you a couple of famous recent examples.

“When the British people voted for Brexit in such large, large numbers, I don’t believe it was because they were remotely hostile to foreigners.

“It’s because they wanted to be free to do things differently and for this country to be able to run itself.”

Mr Johnson’s comparison of the fight of Ukrainians against Russian President Vladimir Putin’s invasion has been widely condemned by politicians across both the UK and Europe.

Conservative MP Tobias Ellwood, chair of the Defence Select Committee, tweeted: “If we are to ultimately defeat Putin we require international leadership and unity.

“Comparing the Ukrainian people’s fight against Putin’s tyranny to the British people voting for Brexit damages the standard of statecraft we were beginning to exhibit.” 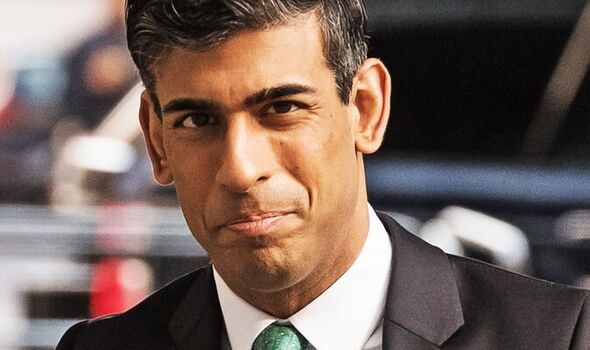 The prime minister made the comments at the Conservative party’s spring conference in Blackpool. (Image: GETTY)

However, Mr Sunak stopped short of defending the speech.

“One is a democratic referendum in a country where they were able to debate ideas in peace.”

Mr Sunak added: “Look, people will make up their own minds. I certainly don’t think those two situations are directly analogous, and I don’t think he does either.”

The Chancellor’s muted support for the Prime Minister comes amid growing criticism of Mr Johnson’s comments – both within the Conservatives and opposition parties.

If we are to ultimately defeat Putin we require international leadership and unity.

Comparing the Ukrainian people’s fight against Putin’s tyranny to the British people voting for Brexit damages the standard of statecraft we were beginning to exhibit. https://t.co/r5dvD6eJ8b

Destruction in Mariupol, which has been under heavy fire by Russian forces for several weeks. (Image: GETTY)

Boris Johnson’s comments have been criticised across the political spectrum. (Image: GETTY)

Conservative peer Lord Barwell condemned the comparison and pointed out that Ukraine is currently seeking to join the EU.

He tweeted: “Apart from the bit where voting in a free and fair referendum isn’t in any way comparable with risking your life to defend your country against invasion + the awkward fact the Ukrainians are fighting for the freedom to join the EU, this comparison is bang on.”

Also speaking to Sophy Ridge’s programme, she said: “It is utterly distasteful and insulting to compare the fight for freedom against the aggression of the Russian state to the decision to leave the EU.

“If the Prime Minister didn’t mean that analogy, he shouldn’t have made it and he should take those words back and apologise to the Ukrainian people and the British people for those crass remarks.”

Boris Johnson likens Ukrainians’ fight to British people voting for Brexit. I can still remember the enthusiasm of Putin and Trump after the referendum. Boris, your words offend Ukrainians, the British and common sense.

Some of Boris Johnson’s allies have rallied to defend the prime minister in response to the backlash.

Speaking to the BBC on Sunday morning, Theresa Villiers, a pro-Brexit cabinet minister, said that Mr Johnson was not “comparing Brussels with Moscow” but was making a “broader point about freedom”.

She said: “Of course, emotions are running high. This is a hugely anxious time for everyone affected by the Ukrainian conflict. But the prime minister was making a broader point about freedom.”

She added: “These are probably not words I would use myself, but they don’t detract from his strong record of leadership on Ukraine.”

Ms Oakeshott tweeted: “Boris comparing the fight for Ukraine to the fight for Brexit may have been clumsy, but surely at this point there are bigger badder things to screech about? The endless confected indignation over words that don’t cause any real harm is so very wearing.”

Nearly 3.5 million Ukrainians have been forced to flee the country. (Image: GETTY)

“Respectfully, Prime Minister, words have a meaning. A majority of British people voted peacefully to exit the EU. Their democratic choice was respected. Brexiters went at length against free movement. Ukrainians are forced to flee.

“Ukrainians desperately want to join the EU. There were EU flags in 2014 in Maidan square; there are still in Kyiv bomb shelters.”

Mr Stubb said comparing the EU referendum to Ukraine’s fight for freedom against Russia’s brutal invasion was “about as vulgar as it gets”.

He added: “Winston Churchill, who understood freedom, must be turning in his grave.”

Guy Verhofstadt, the former prime minister of Belgium who led the EU’s Brexit negotiating team, said a comparison between the issues was “insane”.