Rishi Sunak’s wife is in line to receive another £6million windfall from her stake in an Indian IT firm that continued to operate in Russia during the Ukraine war.

In financial results yesterday, Infosys declared it would pay a dividend of 16 Indian rupees per share, equivalent to around 16p, for the six months to the end of March.

Akshata Murty owns a £686million stake in Infosys, which was founded by her billionaire father Narayana Murthy. 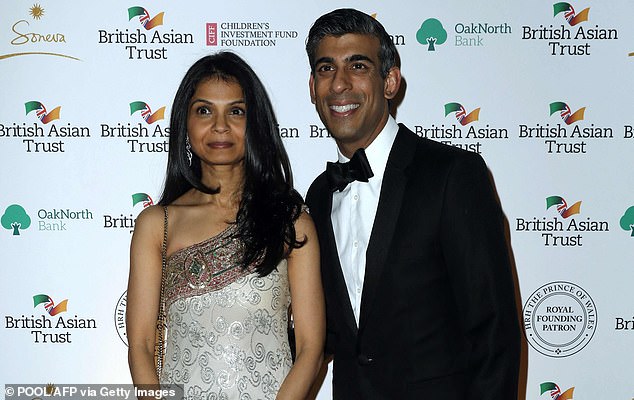 The payout, which is a potential further embarrassment for the Chancellor amid scrutiny of his and his wife’s tax affairs, will be the first test of her pledge to pay UK tax on all of her worldwide income after promising to do so to save her husband’s political career. If she does, it is expected she will hand nearly £2.5million to the UK coffers.

Murty’s financial affairs were thrust into the spotlight after she was revealed to be a non-dom, a status that allows foreign nationals to not pay UK taxes on income earned abroad.

Last week she said she would start paying UK tax on all of her worldwide income.

The period covered by Infosys’ financial results included the first weeks of the invasion of Ukraine, when the business continued to run an office in Russia.

This month it said it was closing its office there.

Why Shinzo Abe’s state-funded funeral has triggered a backlash