Sunrise’s David ‘Kochie’ Koch reunites with his family for the first time in two years following Covid border closure: ‘The love is so special’

Sunrise host David ‘Kochie’ Koch has been able to see his eight grandchildren together for the first time now that Western Australia have opened their borders.

On Sunday, the 66-year-old television presenter revealed that he has been making the most of the school holidays by spending lots of time with his family.

Uploading a photo to his Instagram account, David could be seen smiling while posing alongside his wife of 43 years Libby, his daughter and grandchildren. 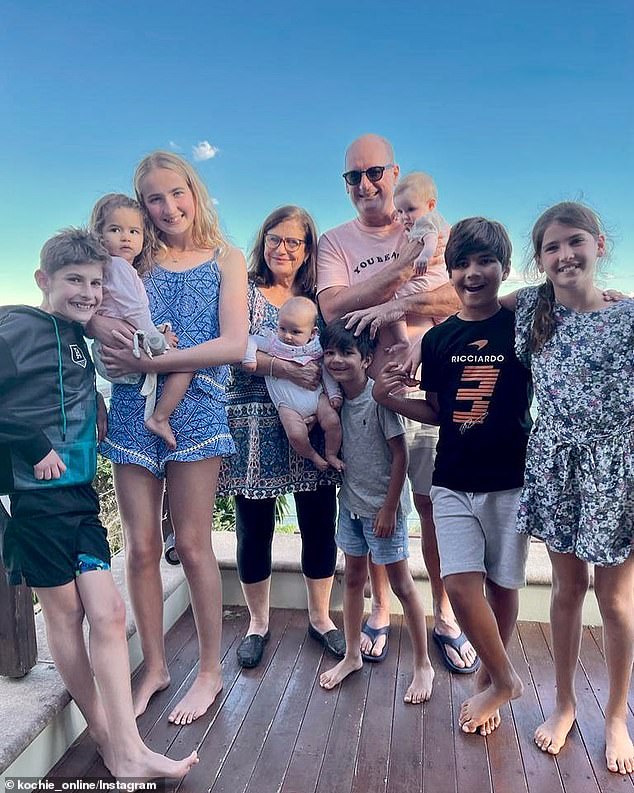 ‘The love is so special’: Sunrise host David Koch, 66, (centre) reunited with his family for the first time in two years on Sunday after the Western Australia bordered reopened

‘Back on deck @sunriseon7 tomorrow after the perfect Easter break,’ he wrote.

‘All 8 grandkids together for the first time… the WA mob hadn’t been back for 2 years.’

Recently speaking to Woman’s Day, Kochie said he and Libby downsized their house when their youngest daughter moved out of home but were considering expanding to accommodate their grandchildren. 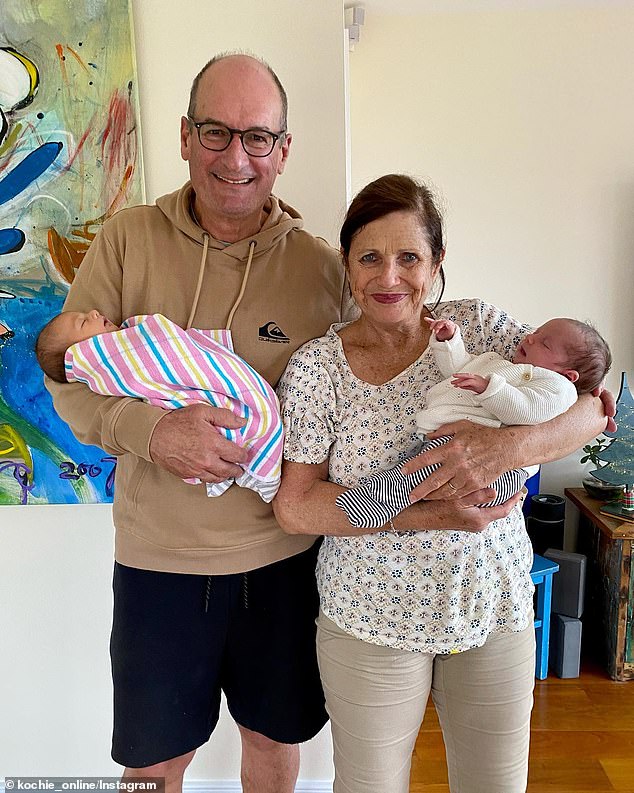 On Sunday, the veteran television presenter revealed that he has been making the most of the school holidays by spending lots of time with his family

‘We just put plans in to expand with extra rooms for grandkids,’ he said in December, ‘We’re going the full circle. The lovely thing is, everyone loves coming to stay with us.’

‘Lib and I often say we couldn’t be more thankful that we’ve got a family and grandkids who love their cousins so much that they want to hang out with them.

‘They’re best friends. It’s the greatest joy in our lives. We never take it for granted.’ 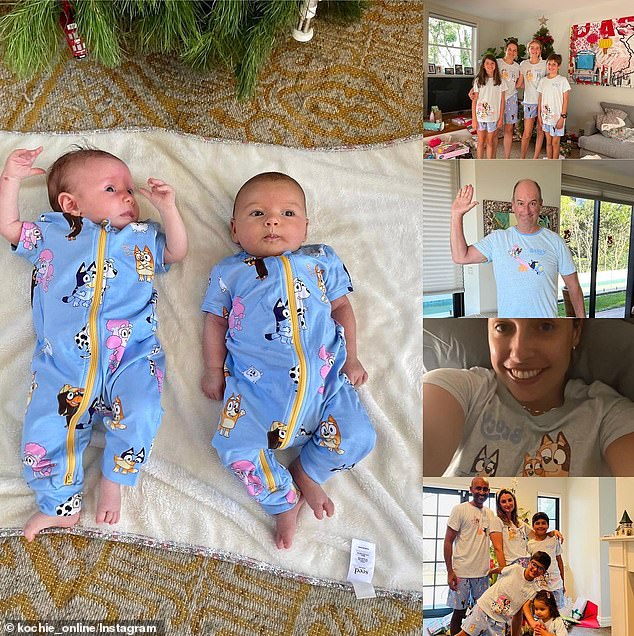 The couple met decades ago, and have been happily together ever since.

‘Lib was a 20-year-old nurse. Our friend Judy decided to have a party, and that’s where we met back in 1977,’ Kochie told New Idea magazine in June. 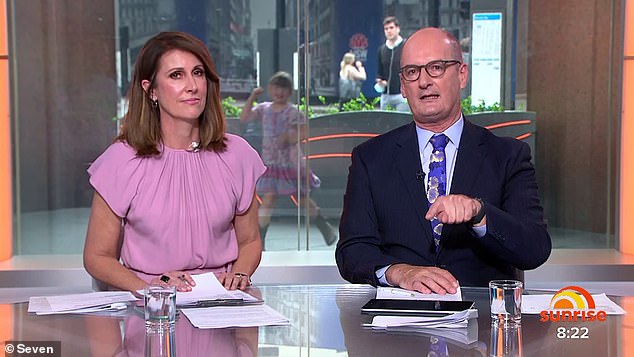