It’s a juggling act! Sunrise presenter Edwina Bartholomew looks exhausted as she pushes her baby’s pram up a big hill in Sydney as her daughter hangs off handles

She has been candid and upfront about motherhood with her fans, recently admitting it can be a bit ‘overwhelming’ at times.

And Edwina Bartholomew certainly had her hands full as she headed out with her two young children in Sydney on Monday.

The Sunrise presenter expertly juggled the two tots, pushing her baby son Thomas in his Bugaboo stroller up a hill, while her daughter Molly held onto the handles of the pram. 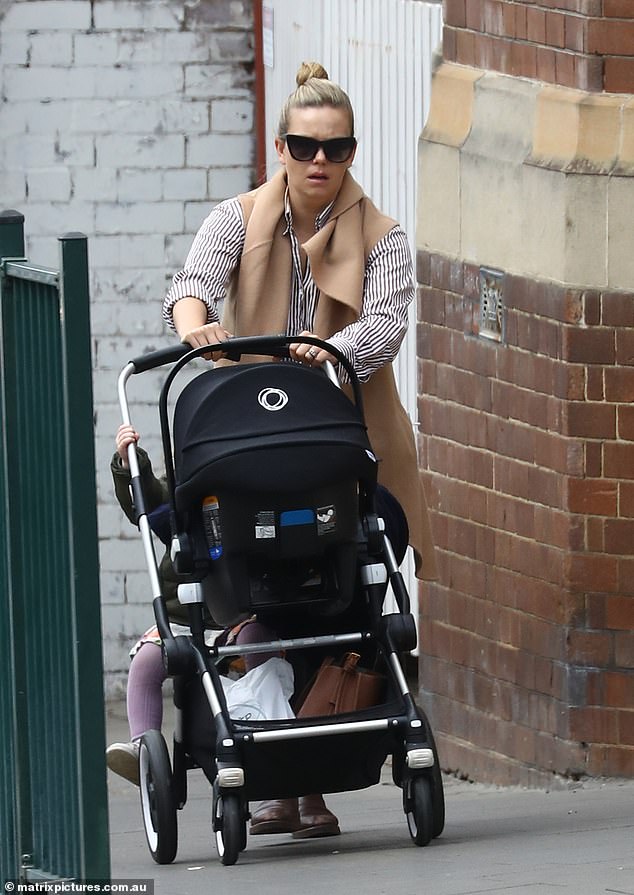 It’s a juggling act! Sunrise presenter Edwina Bartholomew looked exhausted as she pushed her baby’s stroller up a big hill in Sydney on Monday with her daughter Molly

The trio headed off to breakfast before picking up some essentials at the Chemist.

Edwina looked incredibly chic in a casual and warm ensemble, bundling up from the cold in an oversized striped shirt worn under a caramel-coloured wool vest.

She teamed her tops with black jeans and a pair of chocolate work boots.

The 38-year-old was glowing with barely any makeup on her flawless visage and threw her blonde locks up into a no-fuss bun.

Not present during the outing was Edwina’s writer husband Neil Varscoe, who is recovering from a bout of Covid.

Last month he revealed in a Twitter post on May 29 that he has tested positive for the virus, but Edwina and the children tested negative. 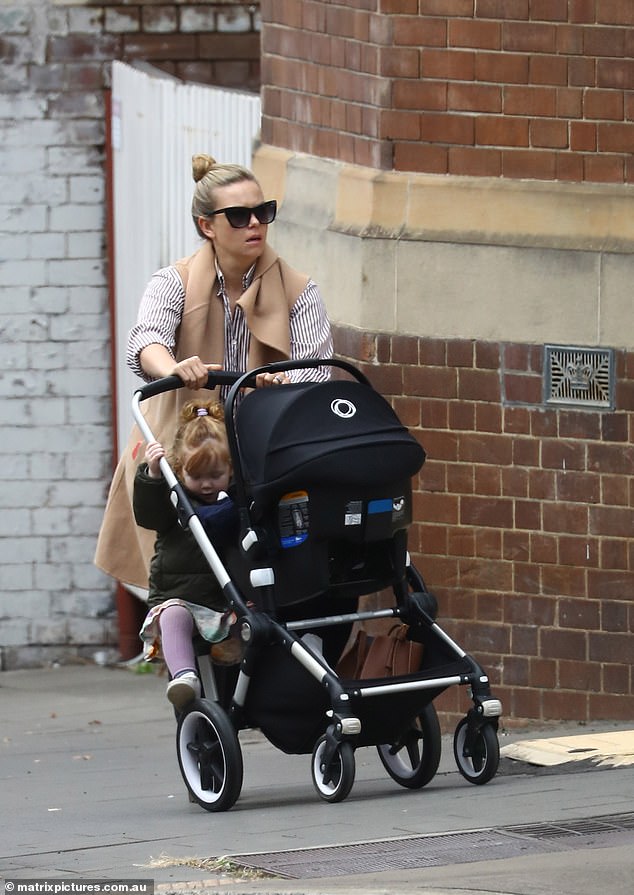 Casual chic: Edwina looked incredibly chic in a casual and warm ensemble, bundling up from the cold in an oversized striped shirt worn under a caramel-coloured wool vest

Apart from the fever last night and the razor blades in my throat, I’m doing OK. Edwina and the kids tested negative, which is the main thing. Take care — see you soon,’ he wrote.

Last month, Edwina, who will return full-time to Sunrise in August, revealed that she wanted a Stellar photoshoot to reflect the chaotic nature of motherhood.

‘It was important to me to reflect in this shoot that life isn’t a glossy magazine cover or the pictures you see on Instagram,’ she said as she posed alongside daughter Molly, two, and son Thomas, two months, shared with husband Neil Varcoe.

Edwina continued: ‘I’ll always be honest because I know how it makes me feel when I see someone else who seems to have everything together all the time. And it makes me think, what am I doing wrong?’ 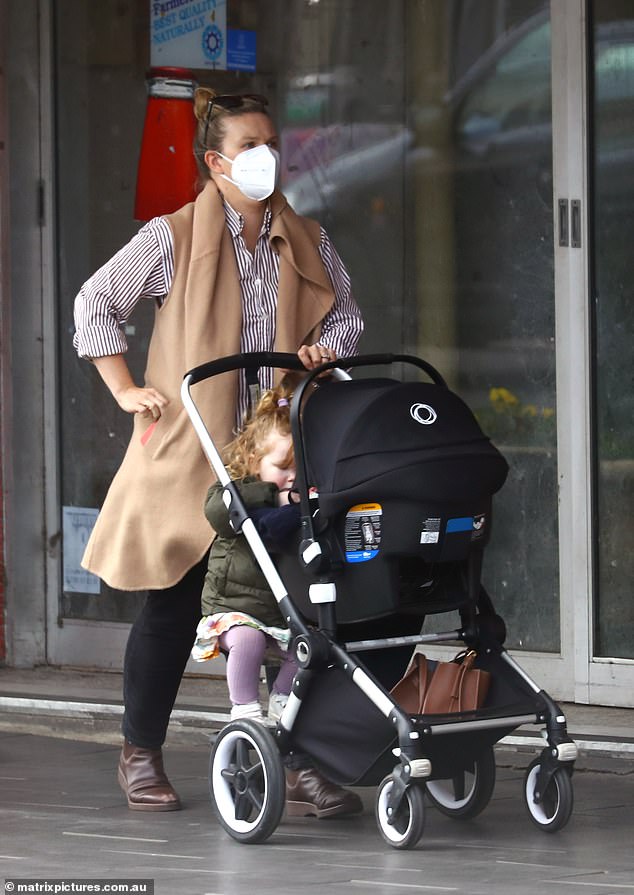 Errands: The trio headed off to breakfast before picking up some essentials at the Chemist

The journalist stressed that while she may look glamorous and put-together on TV, at home she doesn’t blow dry her hair every day or wear the most stylish outfits.

‘There are moments where it all becomes a bit overwhelming. It isn’t a reflection of you as a mother that you sometimes lose it or you get upset about silly things or you can’t do everything,’ she said.

Edwina welcomed son Thomas on March 1, announcing the news to her Instagram.

She wrote: ‘Some small news from our family. Thomas Donald Elliott Varcoe born on the 1st of March, 2022.’

‘At such a difficult time for so many, many people, we hope Tom’s little face puts a smile on yours,’ she added.

In February, Edwina filmed her final episode of Sunrise before starting maternity leave.

‘In developing news, news that will be developing for the next six months, we will be having another baby,’ she said.