A bevvy of iconic supermodels showed off their sizzling figures as they posed for More or Less magazine in underwear made from repurposed everyday items. 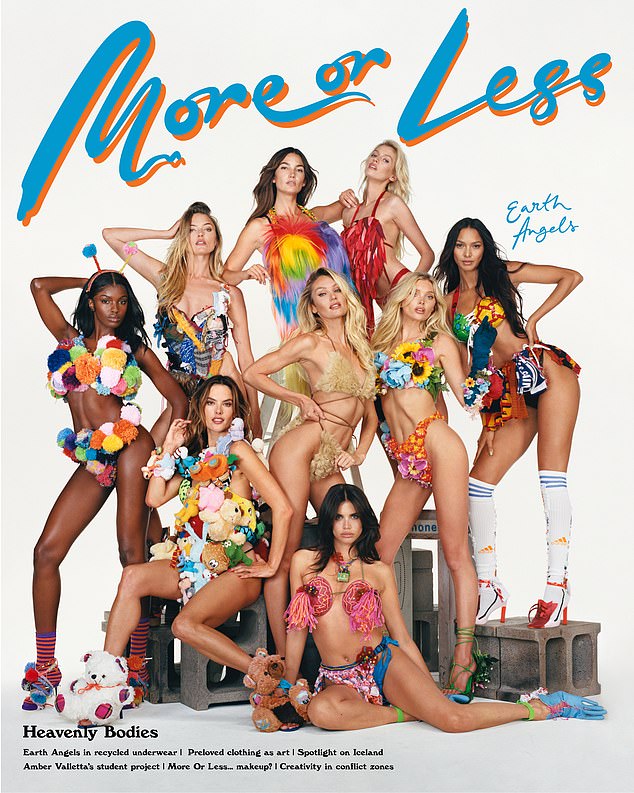 Candice, 33, showed off her incredible figure and toned abs in a fluffy beige bra and briefs while Elsa, also 33, wore a flowery number on her slim frame.

Meanwhile Alessandra’s ensemble was made out of kids toys as she took part in the out-there shoot.

From belted jackets and thigh high boots made from newspaper and tape, to micro-skirts and bras fashioned out of bar towels and footballs, the models posed up a storm in their outfits. 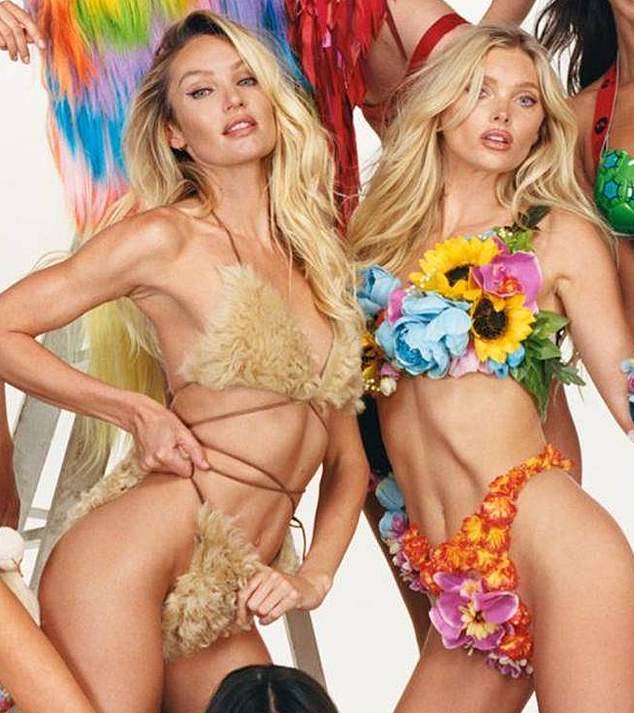 Pose! Candice, 33, (left) showed off her incredible figure and toned abs in a fluffy beige bra and briefs while Elsa, also 33, wore a flowery number on her slim frame

The pieces by Kezako Paris ‘highlight the fact that one person’s trash is another’s smokin’ hot look’.

The pieces were made by More or Less’ treasured arbiter of upcycled fashion, Kezako Paris, a brand which is spearheaded by the stylist Charlotte Collet.

Candice’s appearance in the shoot comes as rumors of a romance between her and Kanye West have swirled. 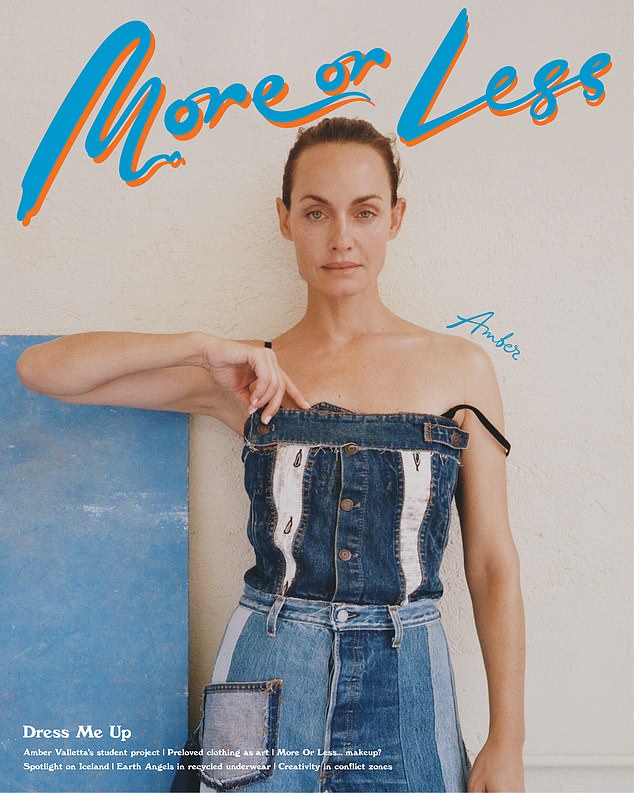 Shoot: Model and actress Amber Valletta featured within the magazine as part of its preloved clothing art spread

The image, from his new ad campaign, was posted to Ye’s social media accounts amid multiple reports that the pair are getting romantic.

According to insiders, Kanye and Candice have been getting close lately and have  already taken two loved-up trips together, The Sun reported.

‘Kanye and Candice have been seeing a lot of each other and he’s been introducing her as his girlfriend,’ a source told the publication. ‘He was hung up on Kim for a long time but he finally seems to be moving on. 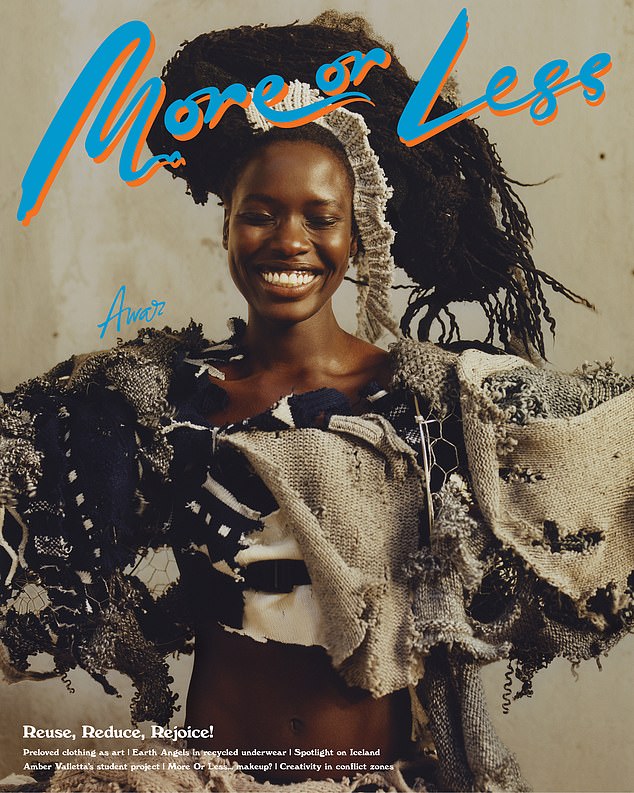 Magazine: Model Awar Odhiang posed for a quirky shot in a cropped top made of beige and navy materials

They added that Kanye and Candice have secreted away on two trips together to the United Kingdom and New York City.

‘So far things have been kept quite casual with Candice because they are both really busy and they don’t want to rush into anything,’ the source said. ‘But things are a lot more promising than they were with Irina or Julia.’

Kanye has had no shortage of dates since splitting from wife Kim Kardashian with high profile trysts with Julia Fox and Irina Shayk. 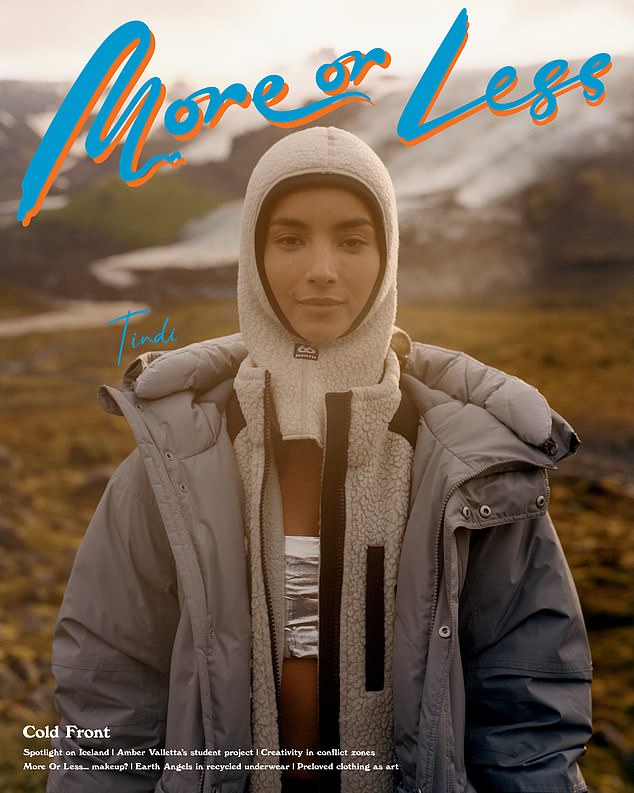 Chilly: Model Tindi Mar wore layers of jackets and fleeces as she posed for her solo shot in the magazine

Meanwhile, another insider who spoke with ET also confirmed the romance: ‘Kanye and Candice are dating and their relationship is new.’

Adding: ‘They like each other and are happy with how things are going so far. They’ve connected over fashion and creativity. Kanye is excited about Candice.’

Insiders also spotted the pair getting cozy at a recent party for Kanye’s fashion line, flirting, taking pictures together and leaving in the same SUV, according to TMZ. 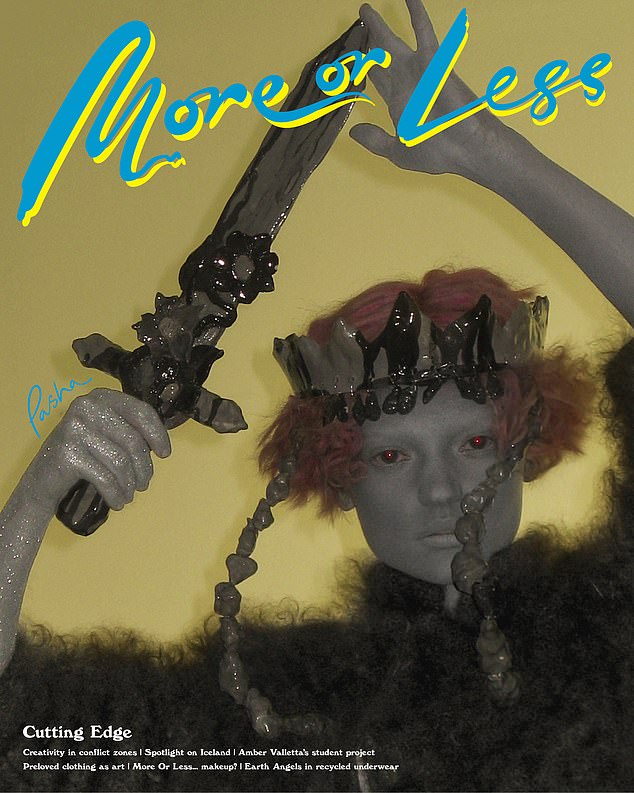 Quirky: The pieces were made by More or Less’ treasured arbiter of upcycled fashion, Kezako Paris, a brand which is spearheaded by the stylist Charlotte Collet 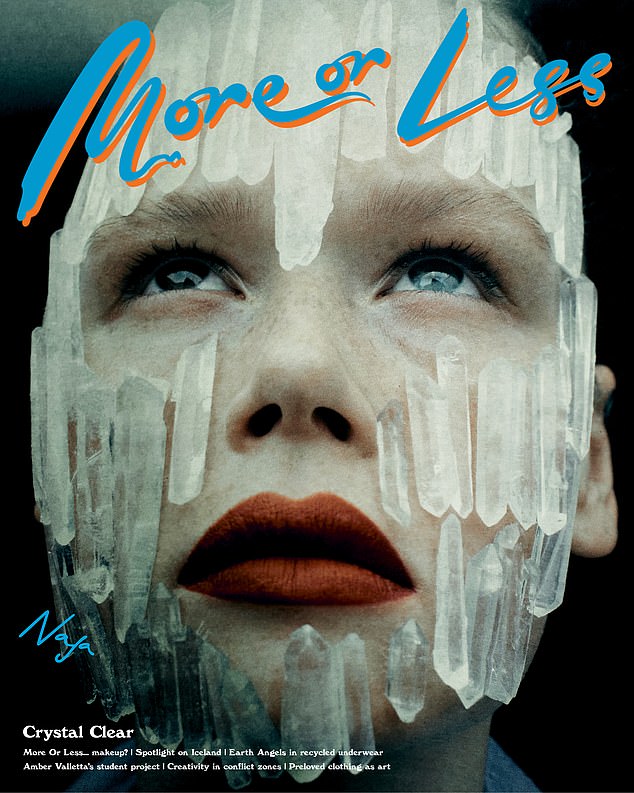 More or less: Another shot from the spready showed a model with a white painted face and red lips

In the newest image shared by the designer, Candice is seen close up wearing a pair of his yet-to-be-released YZY SHDZ.

They consist of a futuristic plastic shield held together by a bungee cord complete with a foam-padded nose bridge.

Candice is among the many who posed for the new campaign including Chantel Jefferies, Chris Rock and most notably his ex Kim Kardashian and their daughters North, nine, and Chicago, four.

Back in April, Candice slipped her supermodel body into some SKIMS for one of Kim’s campaigns. 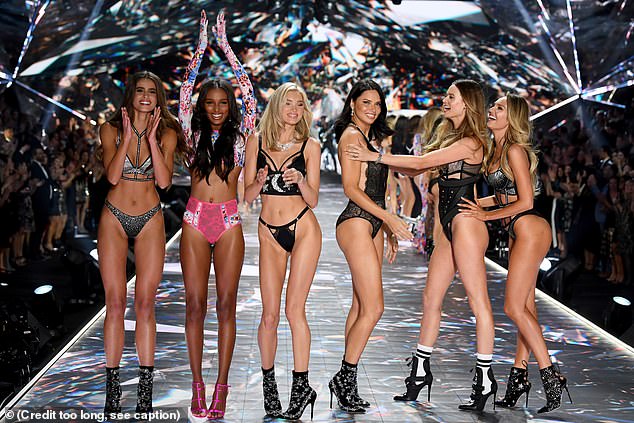 Before: The girls are known for their Victoria’s Secret shows were they were never shy showing off their figures in lingerie