Sylvester Stallone and his wife Jennifer Flavin, who just celebrated their 25th wedding anniversary four weeks ago, are the proud parents of three adult daughters.

And on Father’s Day Sunday, the middle child of the three young ladies, Sistine, spent the earlier hours of the day packing on the PDA with a handsome mystery man in New York City.

They got cozy and held hands while out on a casual stroll along the bustling streets in the SoHo neighborhood in Downtown Manhattan. 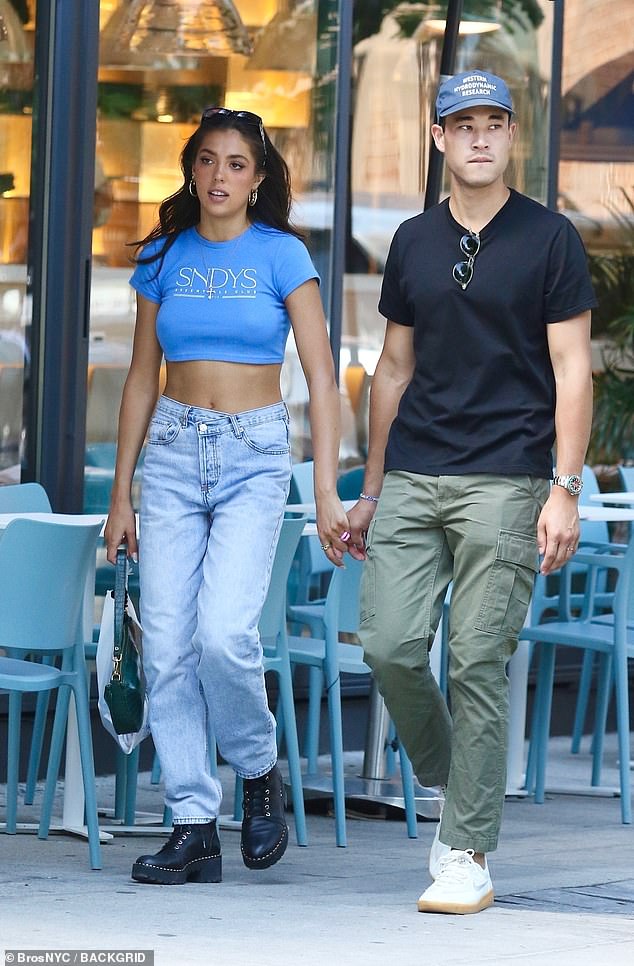 Handsy: Sistine Stallone, 23, packed on the PDA with a handsome mystery man while out on a casual walk along the bustling streets in the SoHo neighborhood of Downtown Manhattan on Sunday

The actress and model, who turns 24 on June 27, put her amazingly toned midriff on display by wearing a blue cropped t-shirt to go along with her faded blue jeans.

She also wore a pair of black leather boots and carried a stylish emerald-green purse.

With the sun glaring down and the temperatures hovering in the mid-70s Fahrenheit, she kept a pair of stylish sunglasses on the top of her head, to help keep her long brown hair back off of her face. 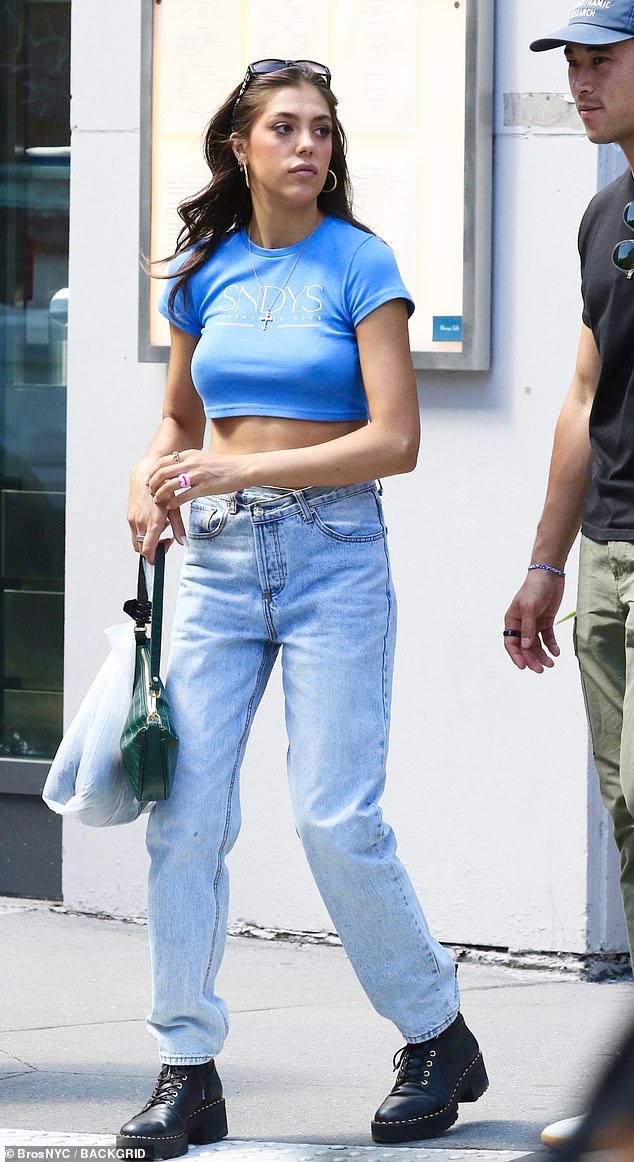 Revealing: The actress and model put her amazingly toned midriff on display by wearing a blue cropped t-shirt to go along with her faded blue jeans and black leather boots 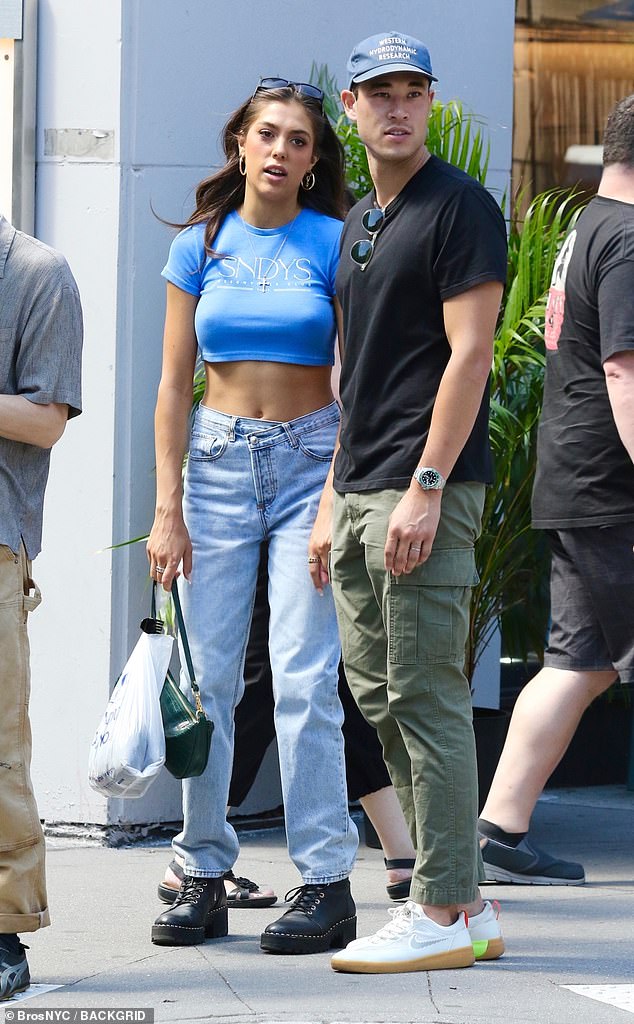 Quiet time: During their stroll, the couple made a pitstop at a restaurant for some breakfast

During their time out and about together, the couple made a stop at a restaurant for some breakfast, which was documented with a photo on her Instagram page.

Their breakfast meals included pancakes, french toast and home fries, among some other items.

Around the same time, Sistine paid tribute to her dad on Father’s Day with a photo of the pair standing in position to drive a golf ball. It appears as though one of them is giving the other a lesson in how to properly position their bodies for a drive.

With more than a resemblance to her mother, Sistine showed off her fit figure in skin-tight blue jeans, a fitted black top and pointed boots. 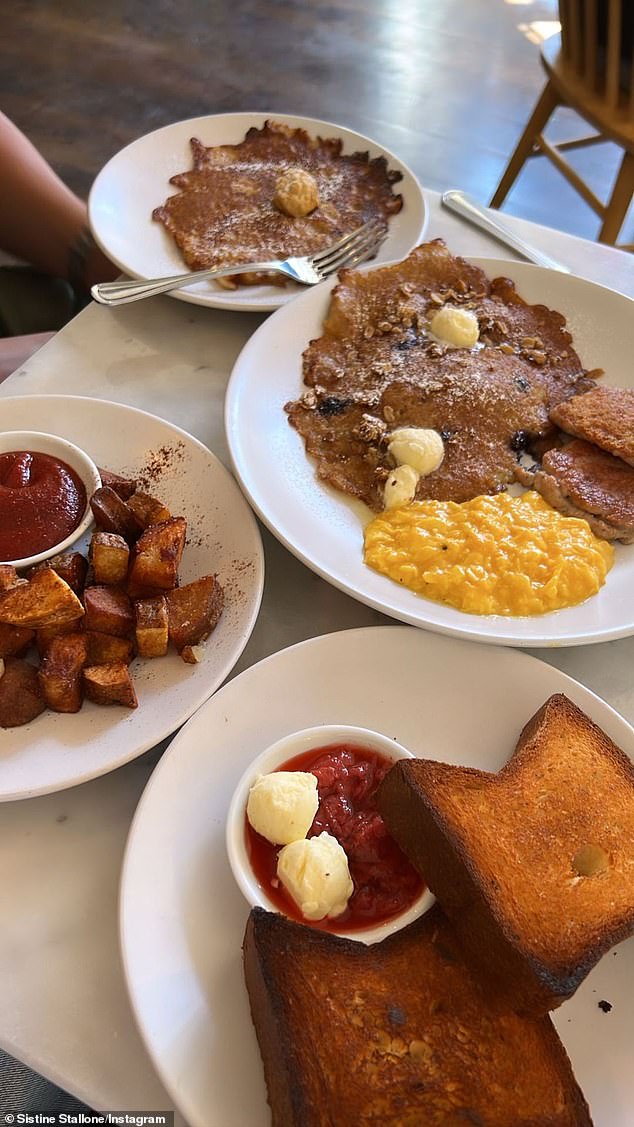 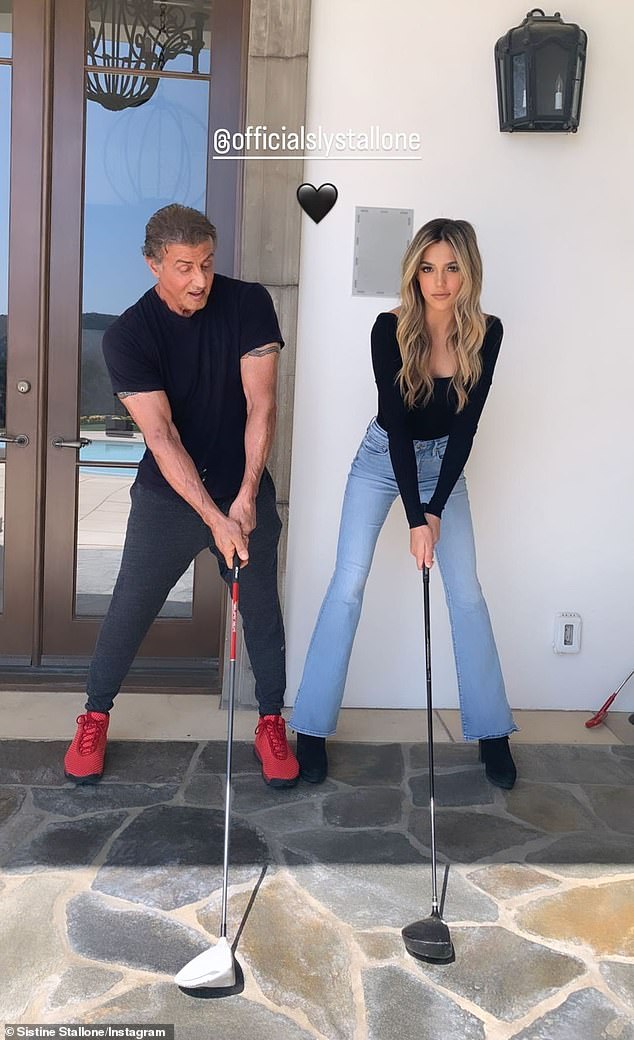 Sistine also tribute to her dad on Father’s Day with a photo of the pair standing in position to drive a golf ball.

The Rocky star, 75, looks to be the one doing all the talking, dressed in black sweatpants, with a matching t-shirt and red sneakers.

Older sister Sophia Stallone, 25, also shared a Father’s Day message to her dad on Instagram with a golf theme.

‘I love you Happy Father’s Day @officialskystallone,’ she gushed in the caption along with a red heart emoji.

The picture shows them both standing next to a golf cart, decked out in the sports’ traditional attire, while seemingly out shooting a few holes on the golf links. 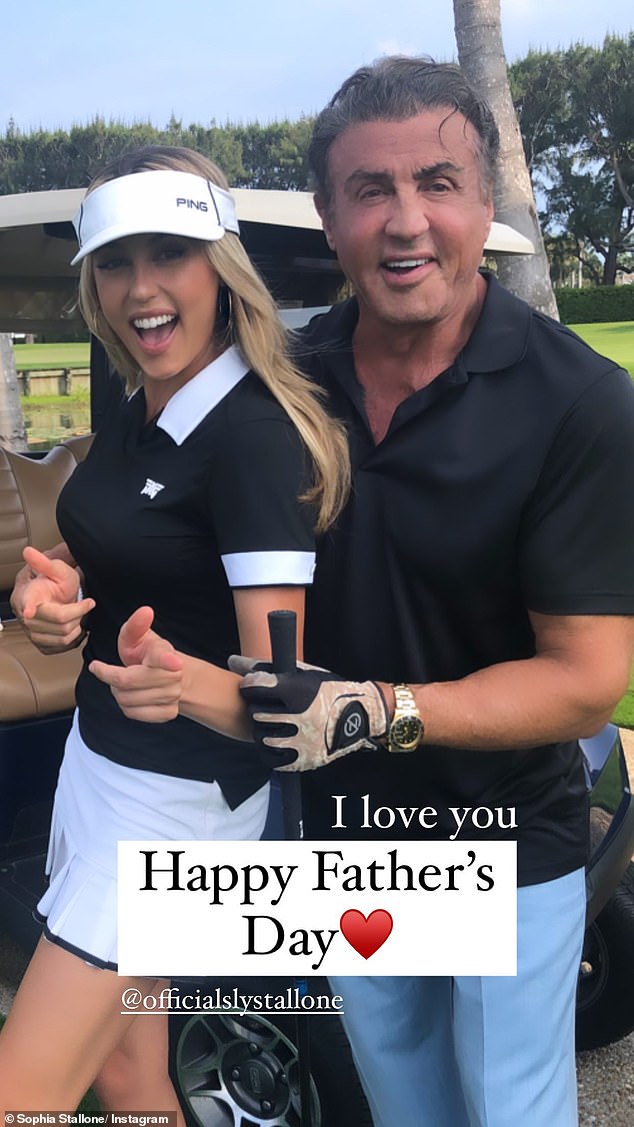 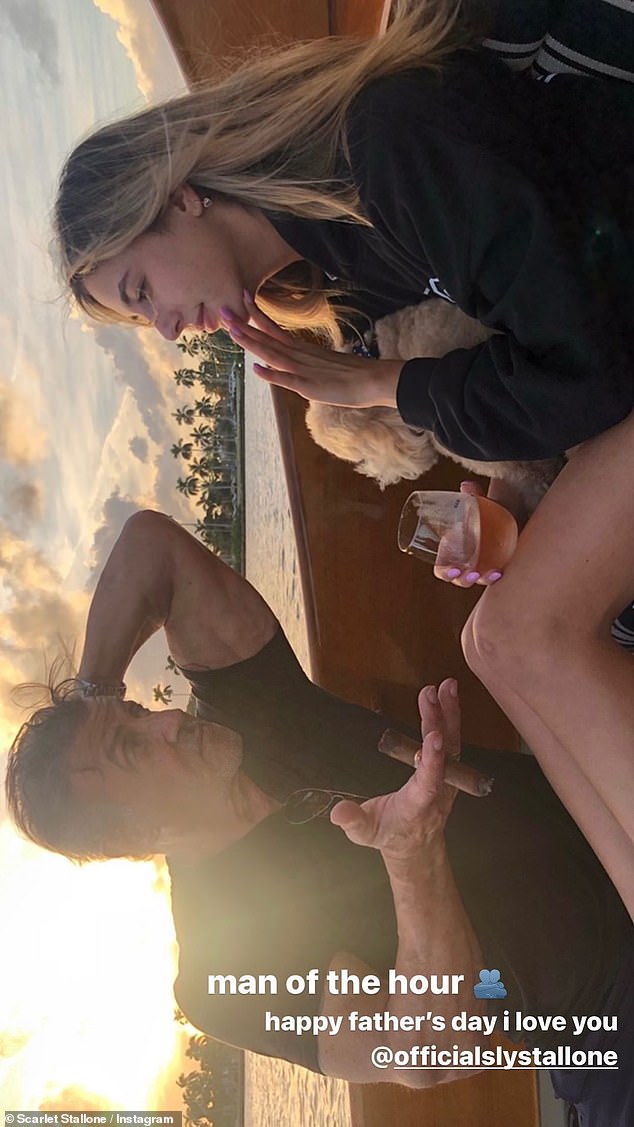 Father’s Day tribute: Scarlet Stallone, 20, also expressed her love for her dad on Father’s Day with a photo of thw two sipping on cocktails as the Rocky star smoked a cigar

And the youngest of the Hollywood leading man’s three daughters, Scarlet Stallone, honored her dad by posting an image of herself sipping a cocktail as the Rambo star enjoys a cigar.

‘Man of the hour’,’ he 20-year-old wrote along the bottom of the image. ‘Happy Father’s Day I love you @officiakslystallone.’

The pictures appears to have been taken in a boat, or as they relaxed by a gorgeous waterway, which could be in the Miami, Florida area or Los Angeles, which are the two city’s the Stallones have lived over the years. 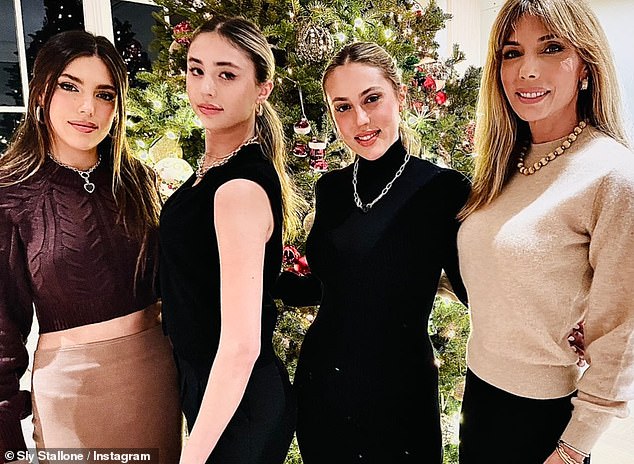 Sly’s ladies: Stallone and wife Jennifer Flavin celebrated their 25th wedding anniversary on May 17; Flavin is pictured with Sofia, 25. Scarlet, 20, and Sistine, 23 around Christmas time