TALK OF THE TOWN: Cruz Beckham splits from young love Bliss Chapman as he aims to follow his mother Posh Spice to the top of the pops


He has just appeared on the cover of a trendy magazine in a very provocative pose, as he takes his first tentative steps into a music career.

But as Cruz Beckham reveals he has been working in recording studios in Miami and Los Angeles, I fear there has been a price to pay for such a jet-set lifestyle – the youngster’s romance with teenager Bliss Chapman is over.

The couple had enjoyed an 18-month relationship, which became public last summer when they were pictured hand-in-hand at the Reading Festival. 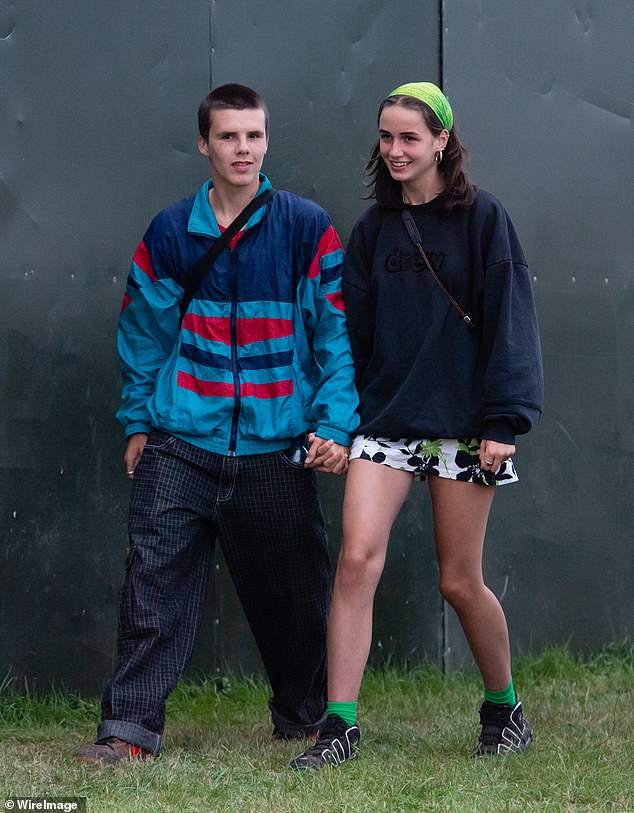 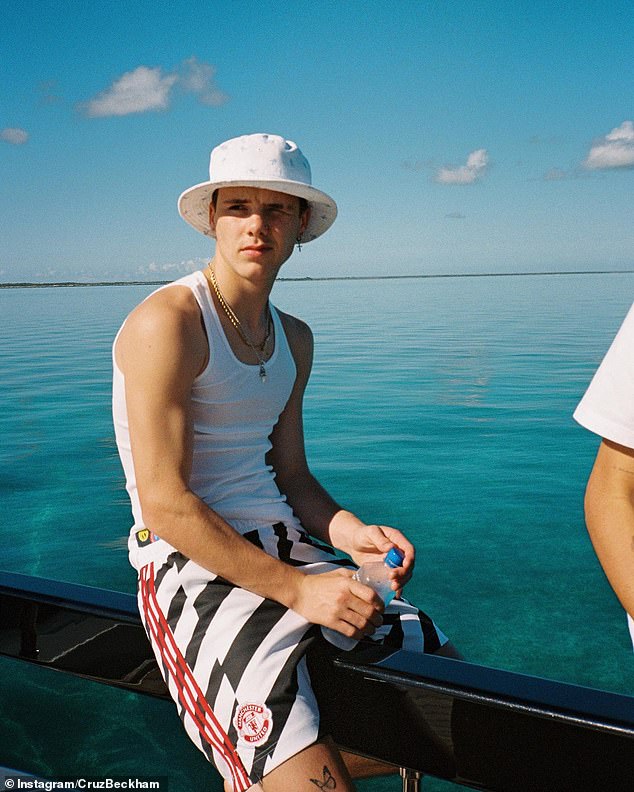 Cruz, pictured, who turned 17 last weekend, sparked controversy when he appeared on the cover of style magazine i-D last month, bare-chested, pink-haired and with his jeans around his ankles

Their recent break-up means things could get awkward between Cruz’s mother Victoria and Bliss’s mum Rosemary Ferguson, a model turned nutritionist. The pair are close pals and the reason the youngsters met in the first place.

A source tells me: ‘Cruz and Bliss are both only young but they had been together for a quite a while, particularly for two teenagers.

‘But they decided to end things. The Beckhams loved Bliss, especially Victoria. Cruz’s older brothers Brooklyn and Romeo thought it was all lovely too. Cruz now has a music career to launch and when the time is right that will mean travelling across the globe.’

My lips are sealed, but…

Which A-list star tried to get very frisky with a young British beauty at a recent wedding, at one point even pinning her against a wall?

Best not tell his wife!

Cruz, who turned 17 last weekend, sparked controversy when he appeared on the cover of style magazine i-D last month, bare-chested, pink-haired and with his jeans around his ankles.

The photos became an instant talking point – but psychologist Emma Kenny questioned the wisdom of sexualising a teenager and said: ‘He will gain attention but he will not gain respect.’

The accompanying article spoke of how Cruz was ‘beginning to navigate his journey’ as a musician, working with a producer called Poo Bear, who wrote many of Justin Bieber’s hits.

He certainly immersed himself in music at the Reading Festival last August, where he was pictured in a blue and red shell suit jacket as Bliss, 16, looked at him adoringly.

Bliss was one of Kate Moss’ bridesmaids at her 2011 wedding to Jamie Hince, since her mum was once part of the Primrose Hill party set alongside Moss and actress Sadie Frost.