Britain sells too many cutting edge chip firms to foreign companies, damaging jobs and the country’s competitiveness, according to a leading technology expert.

Alan Banks, chief executive at industry body TechWorks, told a panel of MPs the UK must stop offloading its most promising start-ups to overseas buyers if it wants to become a significant player in the global chip industry. 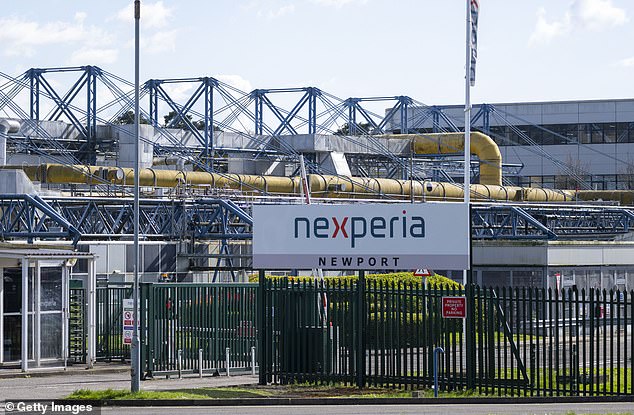 The firm, based in South Wales, is being bought by Chinese-backed Nexperia for £63million.

He also called on the Government to create a chip strategy. The UK has 25 chip manufacturing plants but they make individual parts and not finished products.

But there are increasing fears that trade between Taiwan and the rest of the world could be in danger as relations between China and the East Asian island have hit their lowest point in decades.

Banks said: ‘We need a UK semiconductor strategy led by government to map out what products are needed.

We need to be aware of the geopolitical situation as it would take four years for the world to recreate what comes out of Taiwan.’

Kwarteng is due to make a decision on Newport Wafer Fab next month amid fears selling the firm could hand China access to cutting-edge British chip designs.

Earlier this year the Daily Mail launched its Back British Tech campaign, with Tory heavyweights such as Sir Iain Duncan Smith and David Davis and City grandee Martin Gilbert backing the fight.

The campaign has also called on Cambridge-based chip designer Arm to be listed in London when it is sold by Japanese owner Softbank.