A British technology tycoon has lost her job as deputy chairman of M&C Saatchi as she fights to buy the advertising agency.

The company said Vin Murria,, 60, has been ‘removed from the board with immediate effect’.

Dubbed Britain’s queen of tech, Murria is seeking control through a hostile takeover. She joined the board last year and had three bids rebuffed by the board, which said the offers were ‘derisory’. 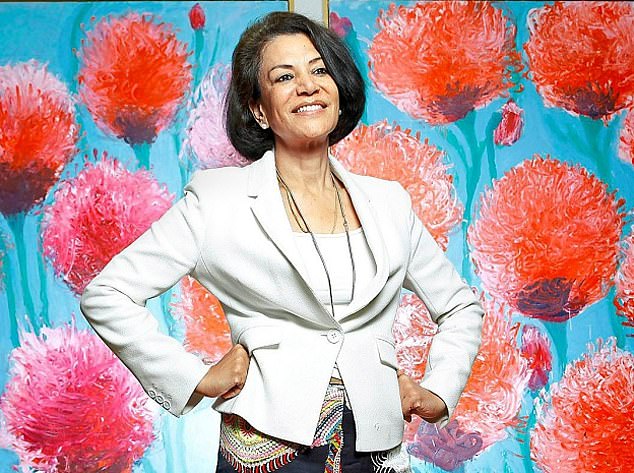 Takeover battle: Vin Murria (pictured) joined M&C Saatchi last year and has had three bids rebuffed by the board, which said the offers were ‘derisory’

But M&C recommended shareholders back a £310million bid by communications and marketing firm Next Fifteen.

And with the bitter battle rumbling on, M&C said that it was no longer ‘appropriate’ for Murria to sit on the board.

She hit back, saying a 13 per cent fall in Next Fifteen shares since its bid means it is worth less than her most recent offer.

She could be a key hurdle for Next Fifteen, which needs the approval of 75 per cent of M&C shareholders. Murria owns 22.3 per cent of the business.