Thandiwe Newton, 49, and her boyfriend Lonr, 25, are spotted outside their NYC hotel

She was branded ‘crazy’ by the step-father of her toyboy lover Lonr last month.

But that doesn’t seem to have shaken up Thandiwe Newton’s ongoing romance with the 25-year-old singer–songwriter Lonr.

The 49-year-old actress was seen with the musician outside of their hotel in New York City on Monday while rocking an eye-catching leopard-print coat. 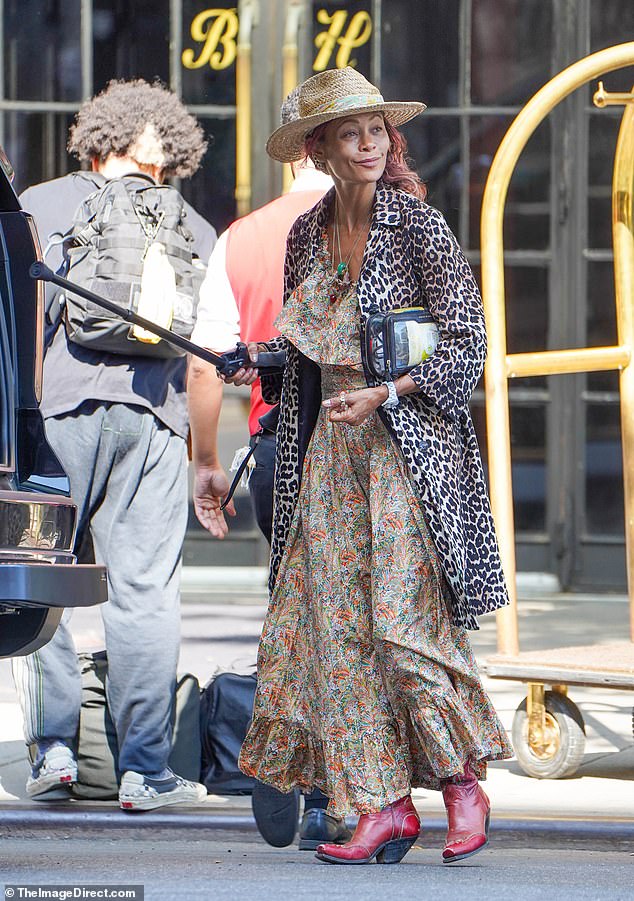 Couple up: Thandiwe Newton, 49, was unmissable in a leopard-print coat and a colorful dress when she was seen outside her hotel in New York City on Monday with her beau Lonr, 25

Thandiwe paired her coat with a colorful, busily patterned maxi dress with a frilly collar.

She added some more color to her ensemble with red cowboy boots.

The Mission: Impossible 2 star matched her boots with her long red hair, which cascaded down her back in thick curls.

She appeared to be modestly made up, and helped block out the sun with a wide-brimmed straw hat while carrying a clear plastic bag under one arm and a cane in her other hand. 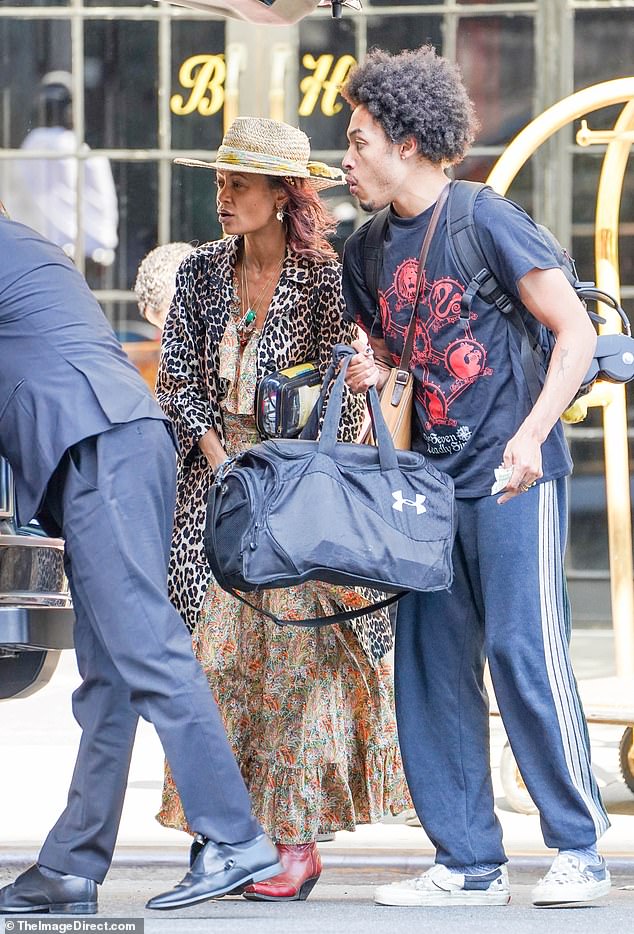 Woman in red: She also wore red cowboy boots to match her long red hair, which she covered with a straw hat. The Mission: Impossible 2 star carried a cane with her

Lonr — who was born in Connecticut under the name Elijah Dias — had on a black-and-red graphic T-shirt with charcoal striped sweatpants and black-and-white checker-print slip-on sneakers.

He had a backpack and a tan messenger back slung around his torso, and he also carried an Under Armour duffel bag and a luxury headphones case.

The couple were previously seen on the West Coast as they enjoyed a sushi date in Los Angeles late last month.

They were linked back in April after they were seen kissing in public.

DailyMail.com reported exclusively that Thandiwe had signed on with a new public relations firm following a tumultuous few months in the wake of her split from her husband of 16 years, Ol Parker.

She signed up with the new firm after reportedly firing her UK management team, the London-based agency Independent Talent Group. 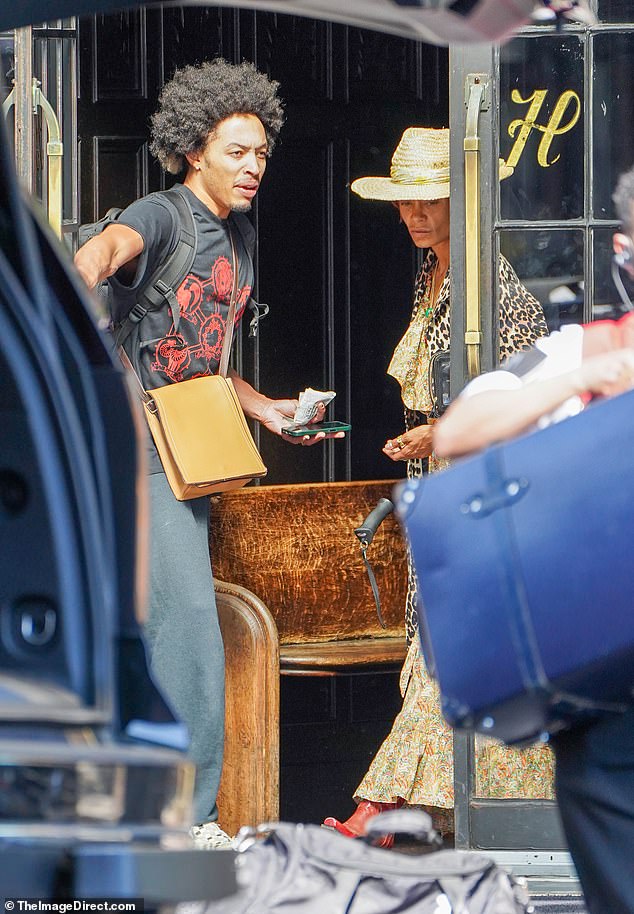 No fuss: Lonr — who was born in Connecticut under the name Elijah Dias — had on a black-and-red graphic T-shirt with charcoal striped sweatpants and black-and-white checker-print slip-on sneakers

The actress was reportedly urged to seek medical help after she allegedly had an argument on the set of Magic Mike 3 with the star — and producer — Channing Tatum, which she has denied.

The two allegedly argued about Will Smith after he slapped Chris Rock at the Academy Awards.

She was subsequently replaced in the role by Salma Hayek, which she subsequently praised on Instagram, calling him the ‘loveliest.’

Thandiwe has also been reported to be dealing with emotional and family issues following the breakup of her 23-year marriage with her director husband Ol Parker, with whom she shares her children Ripley, 21; Nico, 17; and Booker, eight. 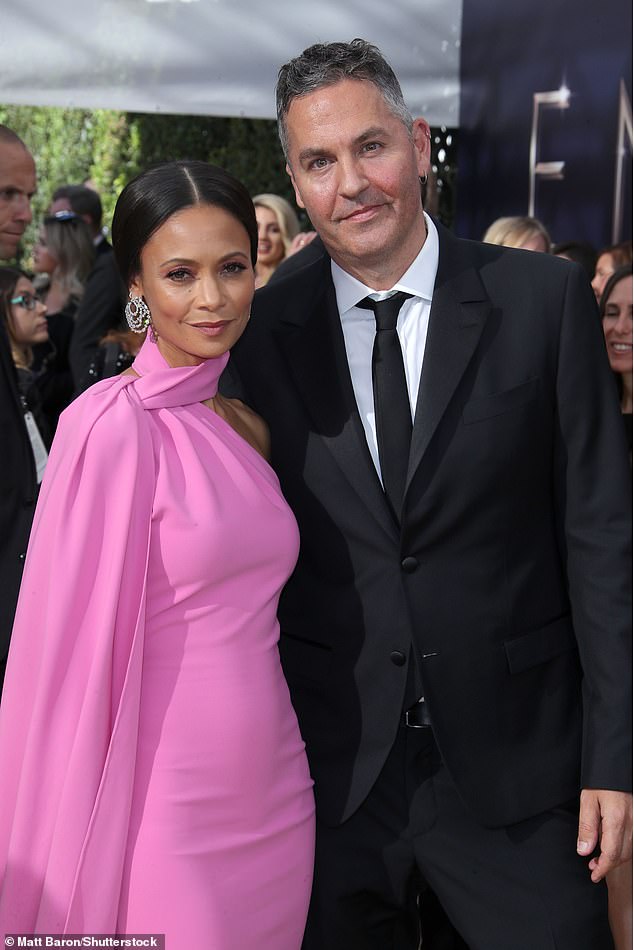 Estranged: It has been reported that Thandiwe has been suffering with emotional and family problems after separating from her husband Ol, 52, with whom she shares children Ripley, 21, Nico, 17, and Booker, eight (pictured together in 2018) 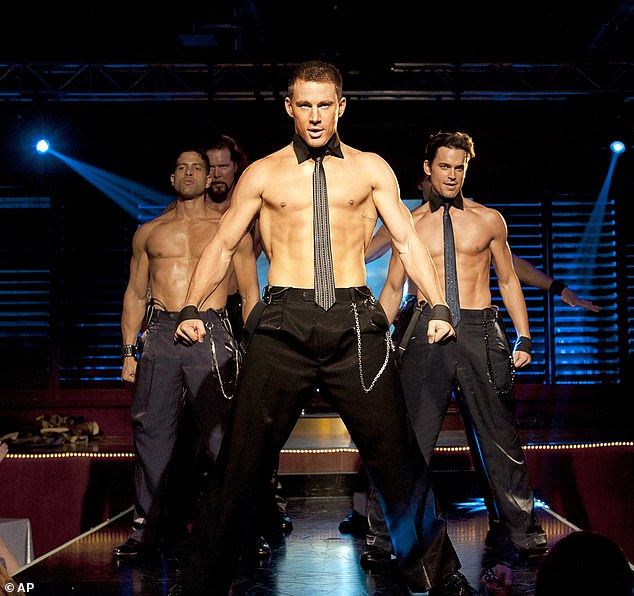 Report: She was also allegedly involved in a bust-up with her Magic Mike co-star Channing Tatum over Will Smith ‘s Oscars slap – which she has denied (Channing pictured centre in Magic Mike, 2012)

Although things seem to be going well with her new boyfriend — who is also an acclaimed songwriter for other artists, including H.E.R. — Lonr’s stepfather, Jimmy Varner, 58, shared an unflattering portrait of the relationship to The Sun last month.

‘Lord have mercy on her — and him. She looks crazy as hell to me. All the pretty ones are crazy like that,’ he said.

‘But when he’s ready to settle down and be having kids, he ain’t going to settle for her.’

‘Look, he knows what to do with an older woman, I’m not worried about the age gap. He’s mature, he can handle himself… she had better be ready for him,’ he continued.

Thandiwe has been liking Lonr’s social media posts going as far back as 2020, though there’s no indication of a relationship going back then. 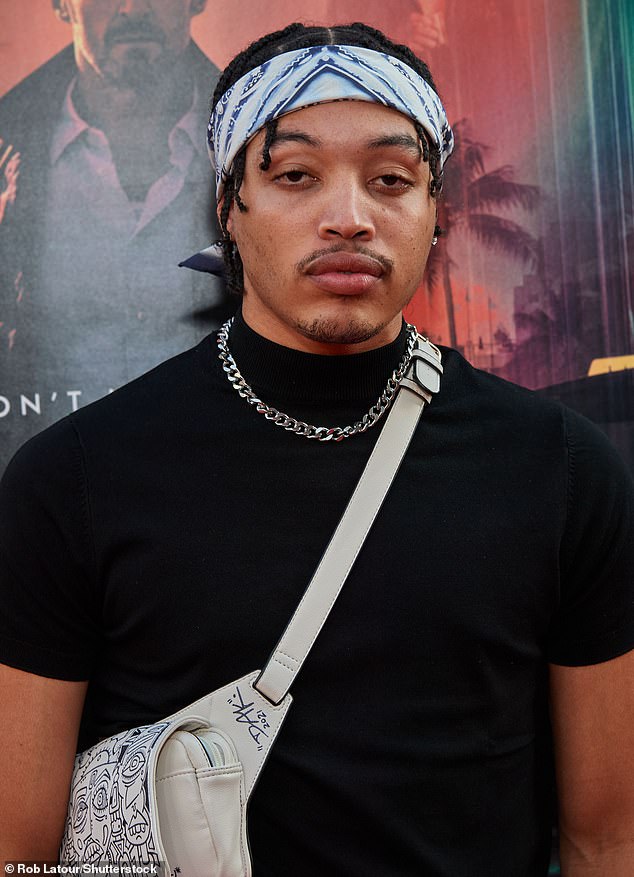 Fling: The step-father of Lonr – real name Elijah Dias – has spoken out on the surprise romance, insisting the rapper won’t settle down with Thandiwe; seen in August 2021 in LA