Bachelor stars Holly Kingston and Jimmy Nicholson welcomed a fluffy member to their family on Tuesday.

The pair gushed over their new kitten, which they named Gus.

Holly, 27, shared a photo of their pet to Instagram, and captioned it: ‘Meet GUS.’ 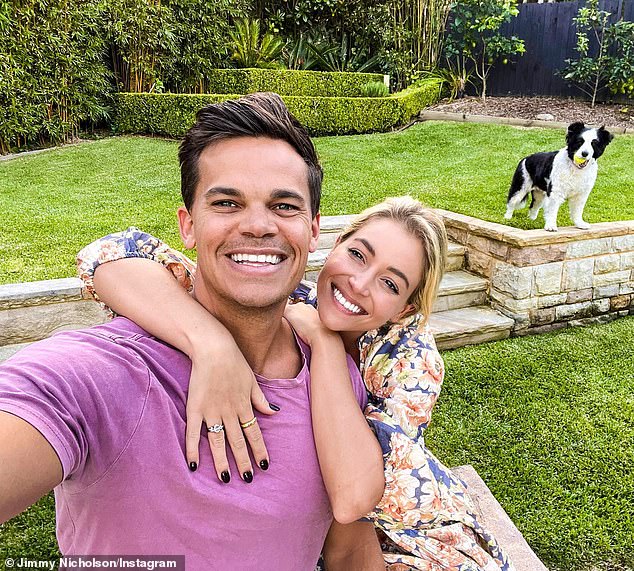 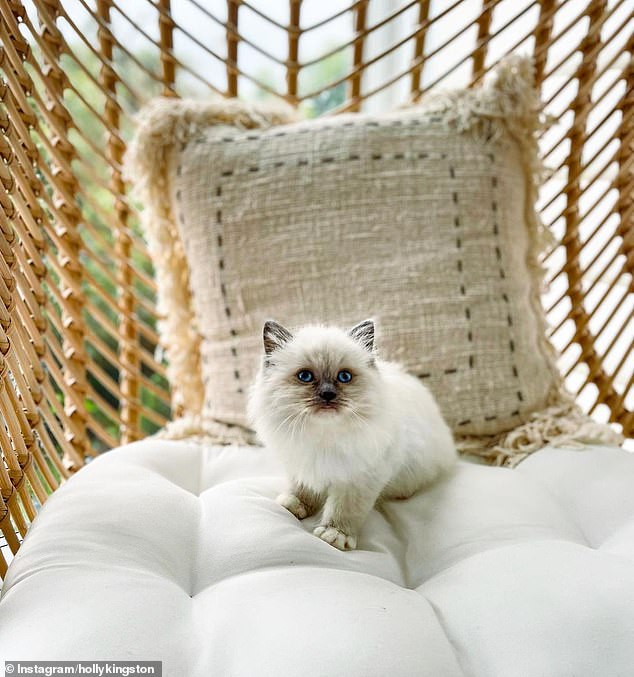 The pair gushed over their new kitten (pictured), which they named Gus

She later uploaded the same image to her Instagram Stories, writing: ’24 hours with this little legend and we are so in love.’

She also posted more videos to her Story, the first of which was her walking home with Jimmy, 32, who cradled Gus in his arms.

Another video showed the kitten looking at himself in the mirror while the song Man in the Mirror by Michael Jackson played in the background. 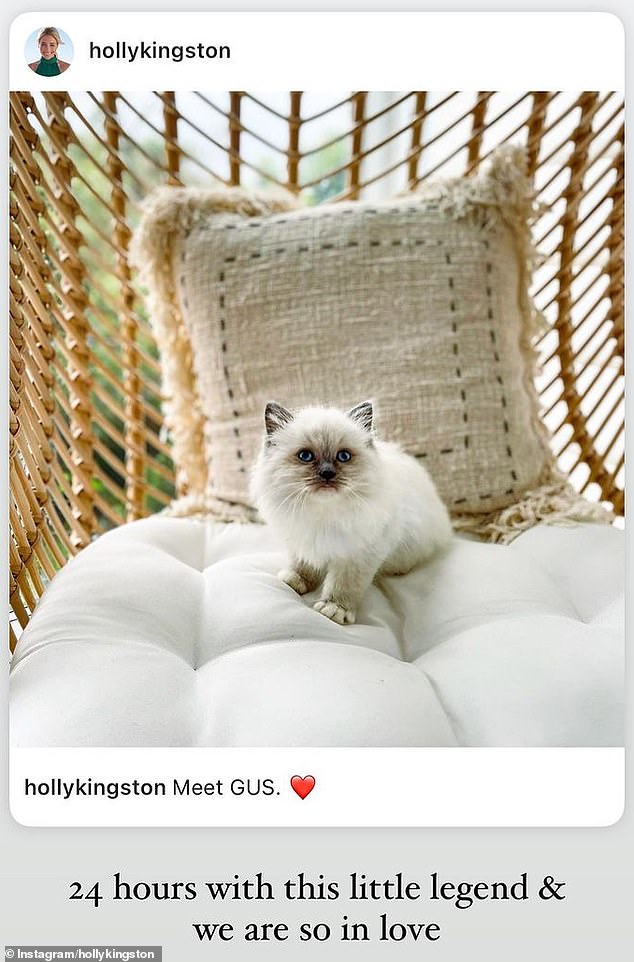 Holly gushed on Instagram Stories: ’24 hours with this little legend and we are so in love’

The last two videos, captioned ‘Your eyes little man,’ were taken at 4:44am while Gus played in Holly and Jimmy’s bed.

This new addition to the family comes after a controversial month for the reality TV couple, who fell in love on season nine of The Bachelor last year.

They spent most of June defending themselves against backlash after they slammed OnlyFans, saying reality stars who use it are just trying to ‘grab money’. 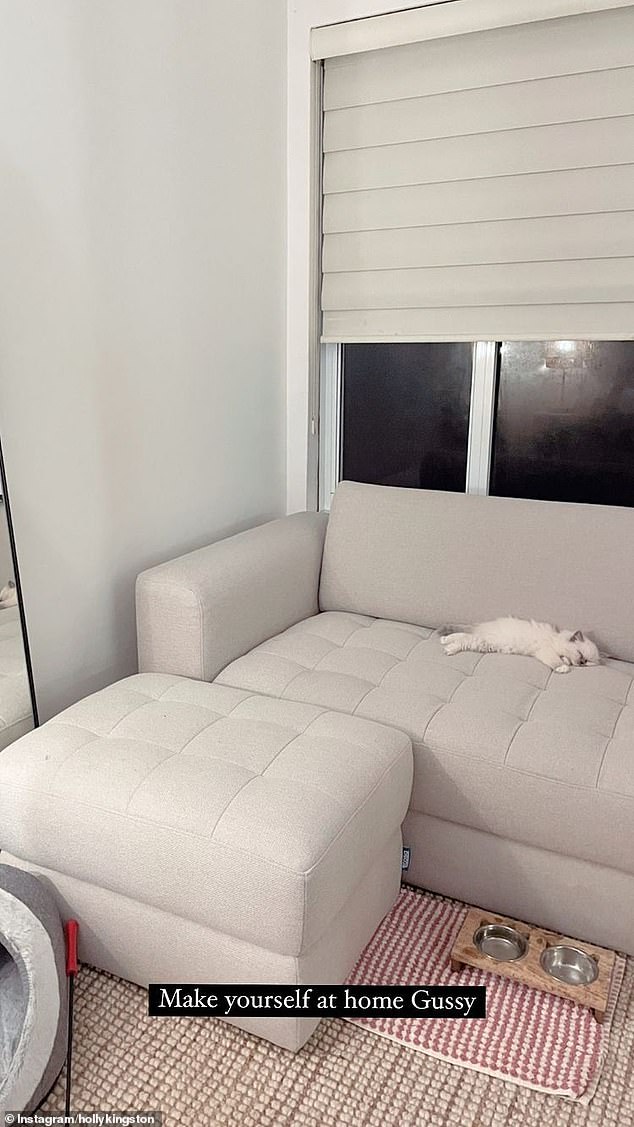 Jimmy said his issue with the increasing number of reality stars joining OnlyFans is they claim they’re doing it for ‘female and male empowerment’.

‘I think that’s a load of crap, personally,’ he said. ‘I think you should be a role model to the future generations. 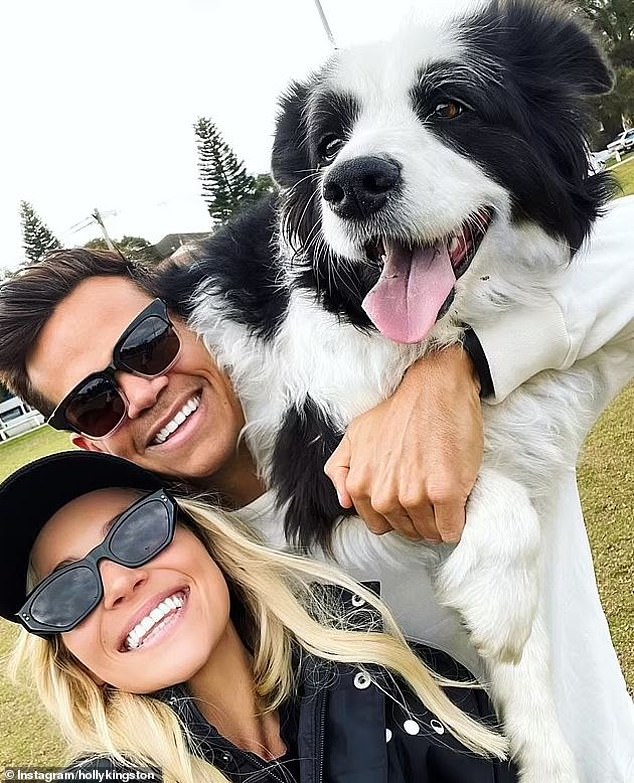 Holly and Jimmy are also parents to a dog named Billy

‘I think it’s a way to grab money, and [you should] think about the example you’re setting for the future generations, for your kids when they’re in school,’ he added.

Holly then weighed in with her thoughts on the subject. 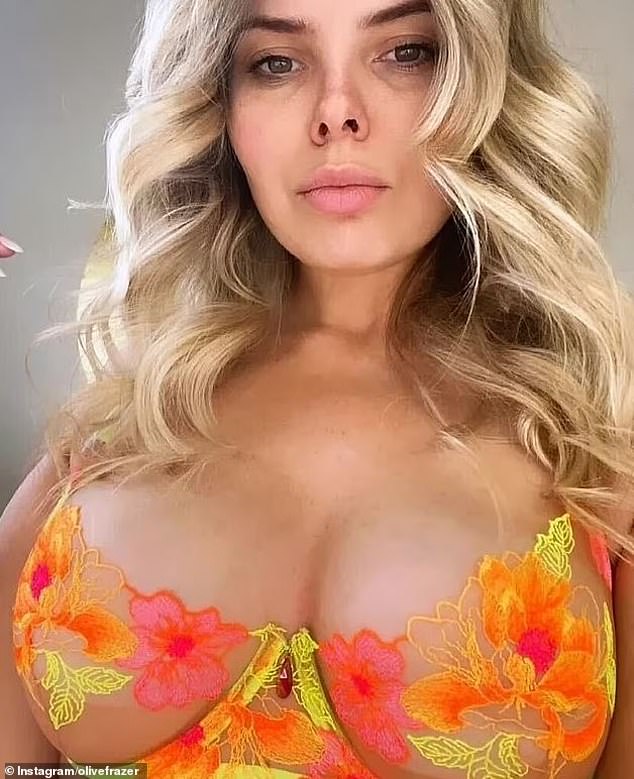 It comes after a controversial month for the couple, who drew the ire of MAFS bride Olivia Frazer (pictured) when they criticised reality TV stars who make a living on OnlyFans

She continued: ‘If this is your view, totally fine. Just won’t be something we’ll be doing. Thanks for coming to our TED Talk.’

And MAFS star Olivia Frazer, who earned $10,000 during her first day on OnlyFans, also slammed the pair for their ‘tone deaf’ and ‘privileged’ comments. 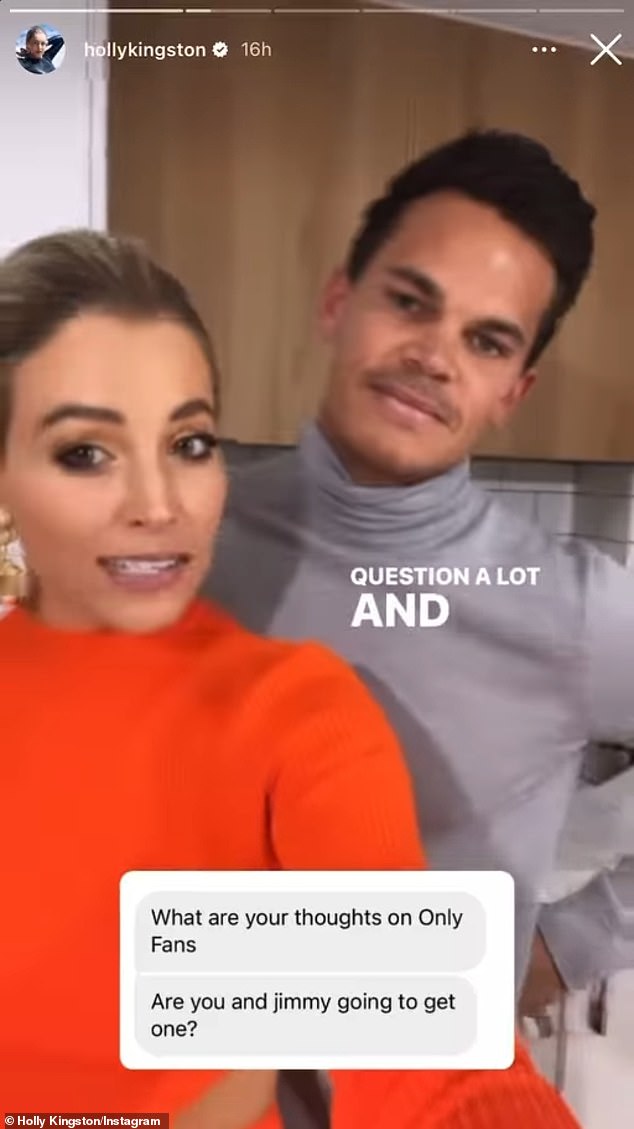 They spent most of June defending themselves against backlash after they slammed OnlyFans, saying reality stars who use it are just trying to ‘grab money’

‘Works instantly!': ‘Excellent homemade traps’ to get rid of ants and flies in your home