'The big 51': Mark Wahlberg celebrates his birthday with a shot of tequila high up in the sky

‘The big 51’: Mark Wahlberg celebrates his birthday with a shot of tequila on a private jet

Mark Wahlberg celebrated his 51st birthday yesterday and uploaded a video on his Instagram showing himself toasting to the big day with a shot of tequila.

The actor was seen sitting comfortably in a plane as he picked up a bottle of Flecha Azul Tequila and stated to the camera, ‘The big 51.’

While Wahlberg celebrated his birthday high in the sky, his friends on the ground also sent him a number of birthday wishes. 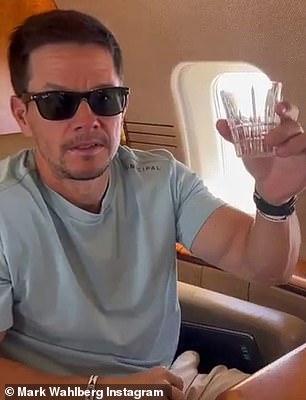 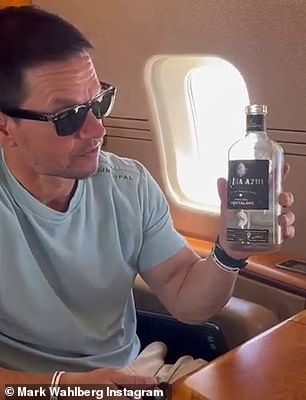 Celebration: Mark Wahlberg turned 51 yesterday and shared a video on his Instagram of him pouring a shot of tequila in celebration of his birthday

The Uncharted actor was wearing a light blue Municipal brand t-shirt and tan colored plants. Wahlberg is co-founder of the Municipal brand, alongside Stephen Levinson and Harry Arnett.

He opted to wear a pair of sunglasses as he prepared a delicious birthday shot for himself.

A voice off camera could be heard asking, ‘Bro, what are you doing for your birthday?’

Wahlberg’s response was simple. ‘The big 51. I’m going to have some Flecha.’ 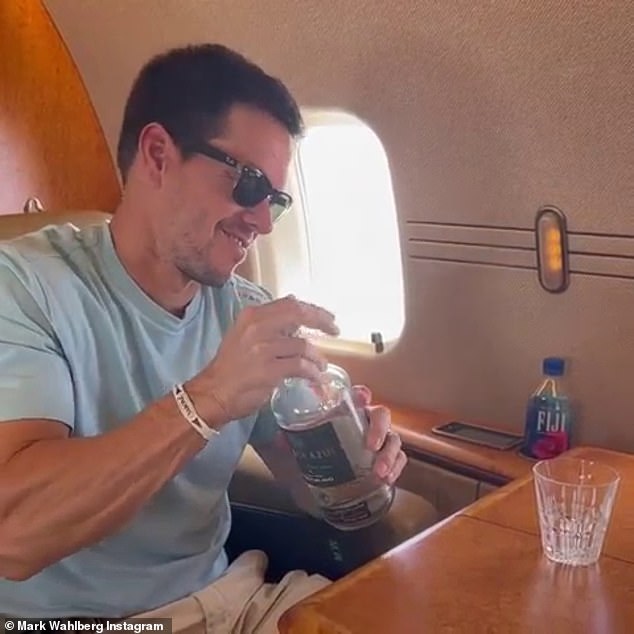 Birthday boy: The actor smiles to himself as he prepares to pour himself a shot of tequila in honor the ‘big 51’

Close friends of the star shared birthday wishes, which Wahlberg reposted on his Instagram stories.

Many others sent their celebration wishes since the ‘big 51’ only comes around once. 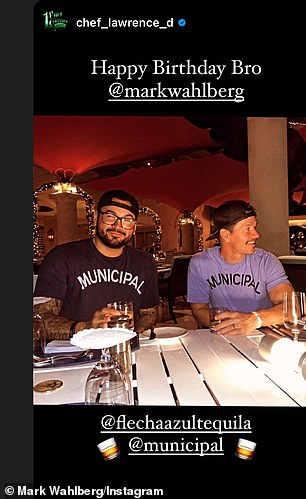 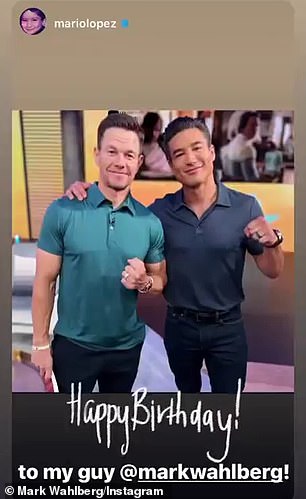 Great friends: Many friends of Wahlberg, like Lawrence Duran and Mario Lopez posted their own bday wishes for the actor

The Fighter actor is sometimes seen tagging Flecha Azul Tequila because he is an investor for the brand.

In an interview with Forbes, the actor discussed how he became involved in the tequila industry.

Wahlberg told the founders of the brand, Aron Marquez and Abraham Ancer, ‘I’d love to get involved and invest in and support you guys and utilize all my resources and put the firepower into building the brand. And they were thrilled to have me.’ 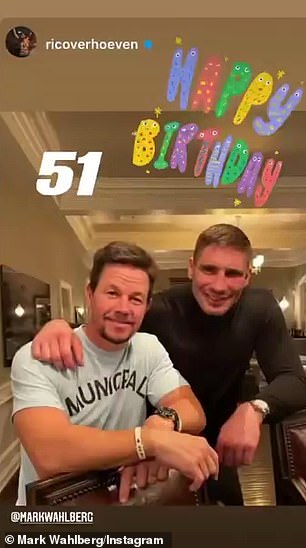 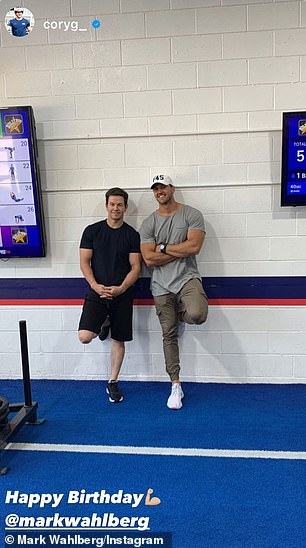 Unforgettable birthday: The 51-year-old received a lot of love from close friends on his big day

Mark has been working on his newest film Our Man From Jersey alongside Halle Berry.

The movie’s genre is an action thriller and the two main leads have been spotted shooting many action scenes abroad in London.

Details of the upcoming Netflix film have been kept quiet, but the two actors have been hard at work making their characters come to life.