The night Lesley Manville tackled a gaggle of rowdy teens at the theatre (no guesses who came out on top!)

By Jane Wharton For The Mail On Sunday


She is well known for her presence on stage but Lesley Manville can also make her mark as a member of an audience – as a group of rowdy teenagers found out during a play she was watching.

The actress, who will play Princess Margaret in the fifth and sixth series of The Crown, confronted the group who had been talking loudly and using their phones during a production at the National Theatre in London.

Recalling the incident in today’s You magazine, editor Jo Elvin, who was also in the audience, writes: ‘Come the interval, as soon as the house lights went up, I watched as a slight woman appeared from nowhere, ninja-style, looming over these boys.

‘I couldn’t hear exactly what she was saying but whatever it was, complete with glaring eyes and an angry, pointy index finger, it rendered them mute and staring at the ground, genuinely chastened…Lesley’s citizen’s intervention salvaged the day for everyone in the theatre.’

The anecdote about the incident during a performance of Neil Gaiman’s The Ocean At The End Of The Lane in 2019 epitomises the inner steel forged when Ms Manville left her Brighton home, aged 16, to move into a boarding house to pursue an acting career.

Talking to You, she reflects: ‘No one took care of me. I was on my own, in places with no friends. 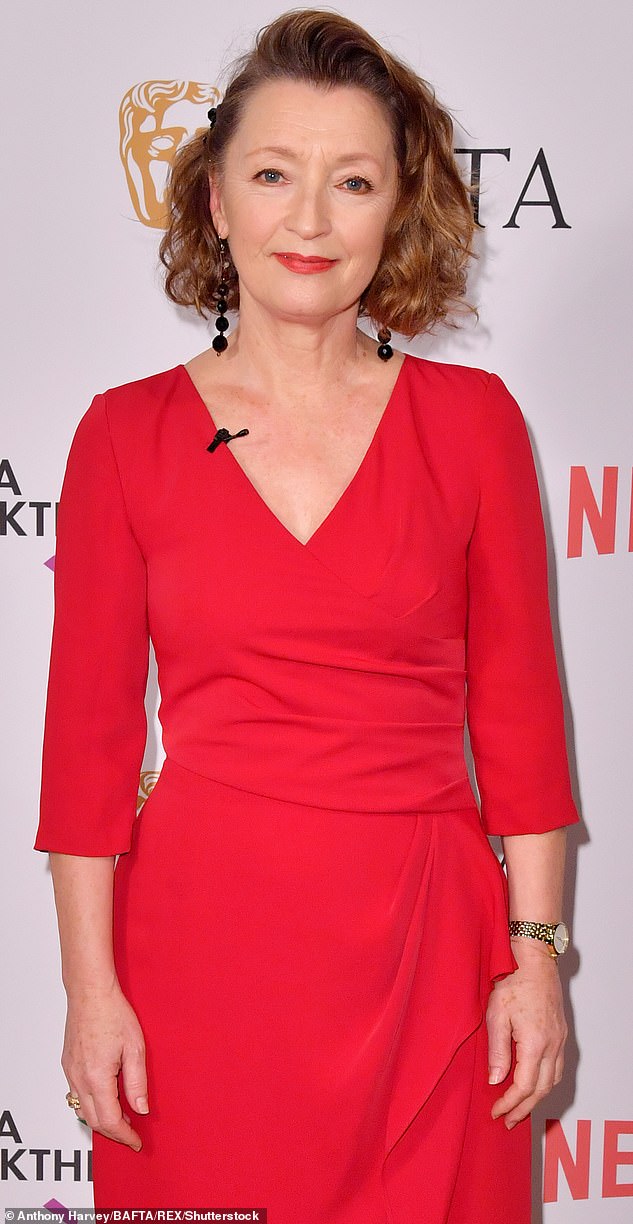 Manville in 2019. Now 65, the actress says she has ‘extraordinary stamina’, adding: ‘When people half my age are flaking and tired, I’m still going’

‘That time of my life really informed me. It ingrained in me the feeling of “I will look after myself – I won’t rely on anybody else to do things for me. I’ll just crack on with it”.’

After appearing in long-running TV soap Emmerdale, she became one of film director Mike Leigh’s go-to actresses, juggling her work with single-handedly bringing up Alfie, her son by her first husband, Darkest Hour star Gary Oldman.

During a career spanning five decades, she has won an Olivier Award for a revival of Ibsen’s Ghosts and been nominated for an Oscar and three Baftas.

She appeared in the period drama Harlots and was the central character in BBC TV comedy Mum.

Now 65, the actress says she has ‘extraordinary stamina’, adding: ‘When people half my age are flaking and tired, I’m still going.’

And she despairs of some younger actors who fail to put in sufficient effort, saying: ‘There are some exceptional young actors in it for the long haul but others are looking for quick-fix fame in a profession that these days is all about self-promotion and social-media followers and they behave unprofessionally.’