Jimy Sohns — the lead singer and co-founder of the rock band The Shadows of Knight — has died at the age of 75.

The band announced earlier in the week that Sohns was hospitalized after suffering a stroke, but then on Friday his daughter came forward and announced he had passed away, according to TMZ.

The band is best known for its singalong song Gloria, which went on to become a top 10 Billboard hit following its release in December 1965, that famously spelled out the name ‘G-L-O-R-I-A’ in the chorus. 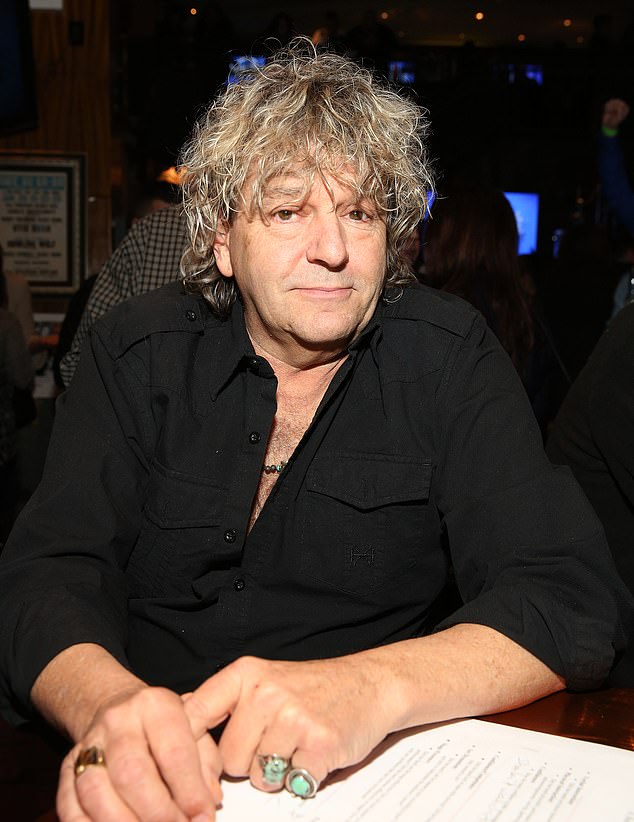 RIP: The Shadows Of Knight singer Jimy Sohns died at the age of 75 after suffering a stroke earlier in the week, his daughter confirmed on Friday; he is pictured in February 2015

Despite being inactive the last six years, Sohns and a friend still ran the band’s social media pages, posting new photos and many from back in The Shadows of Knight’s heyday.

Following the news of his passing, a photo of Sohns seemingly from the 1960s, was posted on the band’s Instagram page.

‘Devastated. Rest in Peace my dear friend,’ it read in the caption. 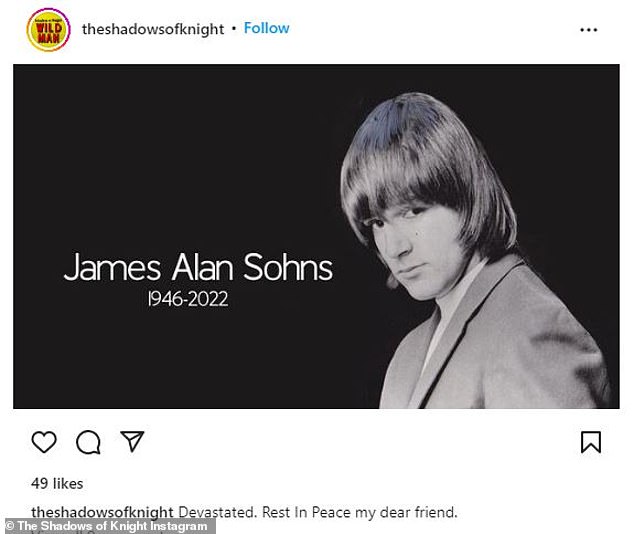 ‘Devastated’: The Shadows Of Knight Instagram page, which had been run by Sohns and a friend over the years, posted a photo of the singer from the 1960s upon his death

The would strike gold with Gloria the song, which was originally written and recorded by Van Morrison, and the studio album of the same name in the summer of 1966.

But the band began to disintegrate and by mid-1967, the only original member remaining was Sohns, who ended up inherited the band’s name and legacy. 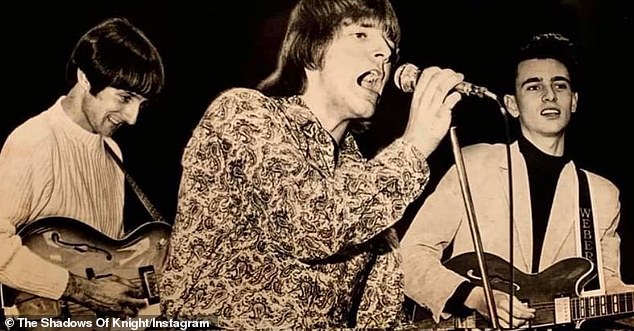 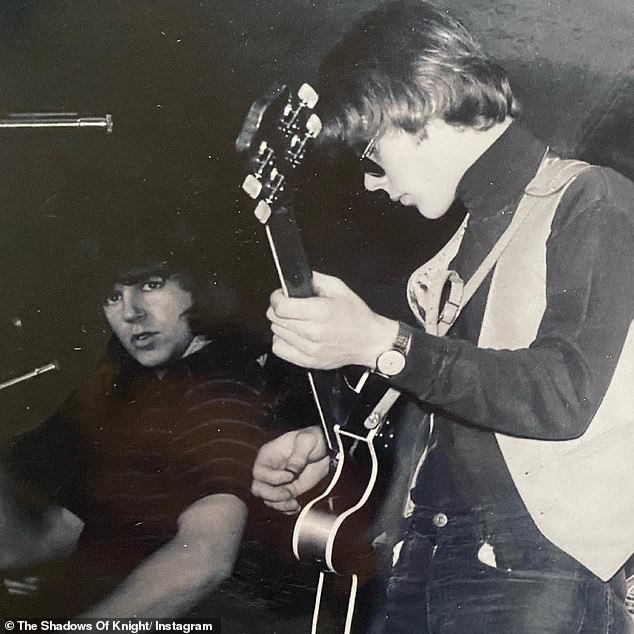 Instant success and disintegration: Formed in 1964, the original band members all left, with the excepting of Sohns, by mid-1967

In all, The Shadows Of Knight would go on to record three studio albums by 1969, all the while several members of the band left to pursue other interests.

Over the years, the group enjoyed a resurgence in public interest, mainly due to the 1998 remastered release of their first two albums.

They would also release several live albums through the years, with the most recent being the 50th Anniversary Reunion Concert (2020).

The surviving members were still doing live shows together as recently as 2016.

Sohns was inducted into the Chicago Rock ’n Roll Hall of Fame in 2005 and later, in an interview, confessed he could not believe his dreams had come true. 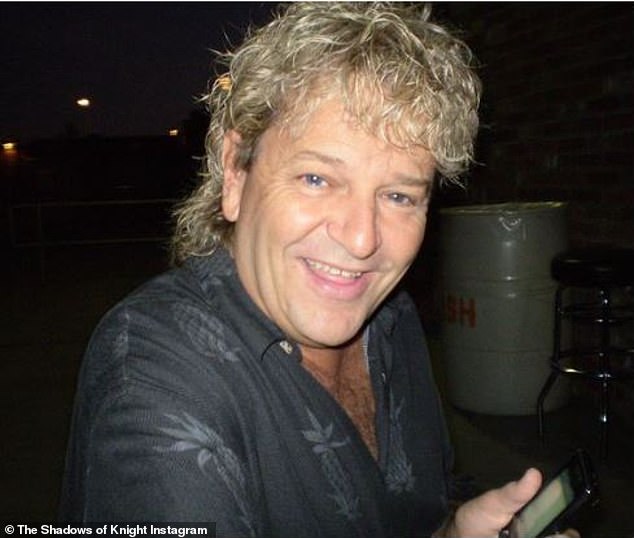 Local hero: Sohns was inducted into the Chicago Rock ’n Roll Hall of Fame in 2005; he is pictured in Las Vegas in 2011