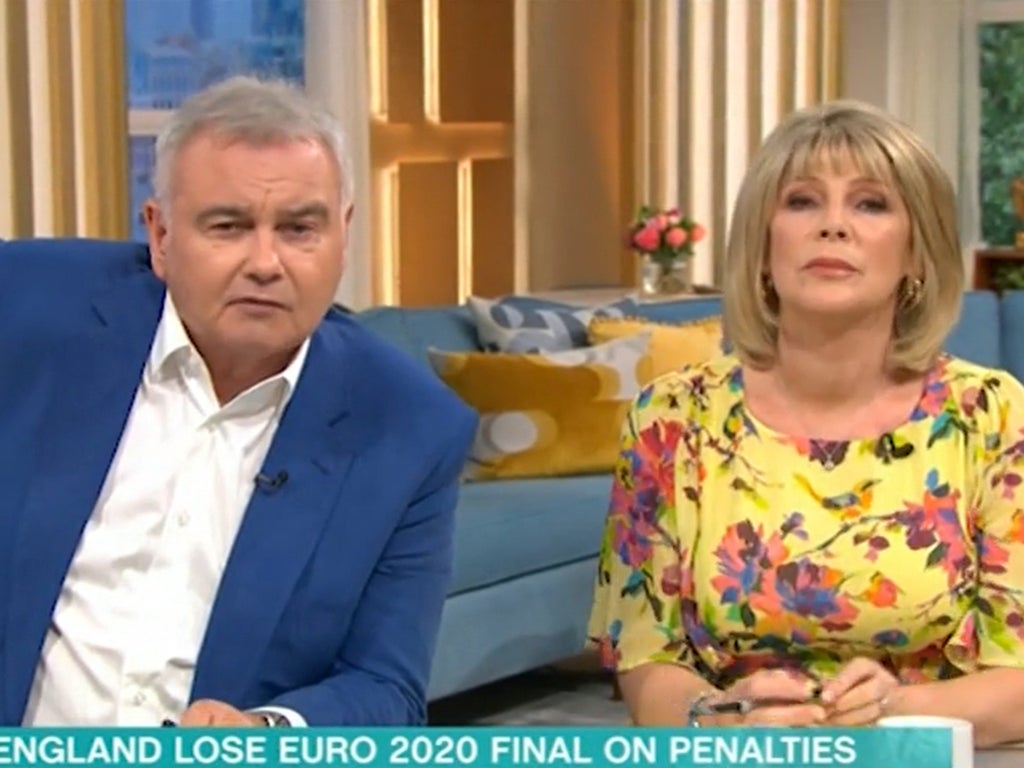 The England men’s football team manager was speaking to press while the ITV morning show was on the air, prompting This Morning to cut away from presenters Eamonn Holmes and Ruth Langsford to a Zoom video call.

However, the video feed was not able to maximise the size of Southgate’s image, instead showing live footage of a man operating a laptop.

After around a minute of showing a cursor repeatedly click in a futile attempt to enlarge the video of Southgate, footage of the screen was eventually changed to still images of Southgate.

Viewers couldn’t help but notice the blunder, sharing their amusement on social media.

“Who ever is in control of this zoom meeting must of been on the beers last night,” joked one person on Twitter.

“Welcome to the world of a mass zoom call awkward,” wrote another.

“Somebody at ITV doesn’t know how to use zoom,” quipped someone else.

This Morning can be watched weekdays on ITV.

England suffered a defeat to Italy last night (11 July) in the final of Euro 2020. The score was 1-1 after extra time, with England losing 3-2 on penalties.