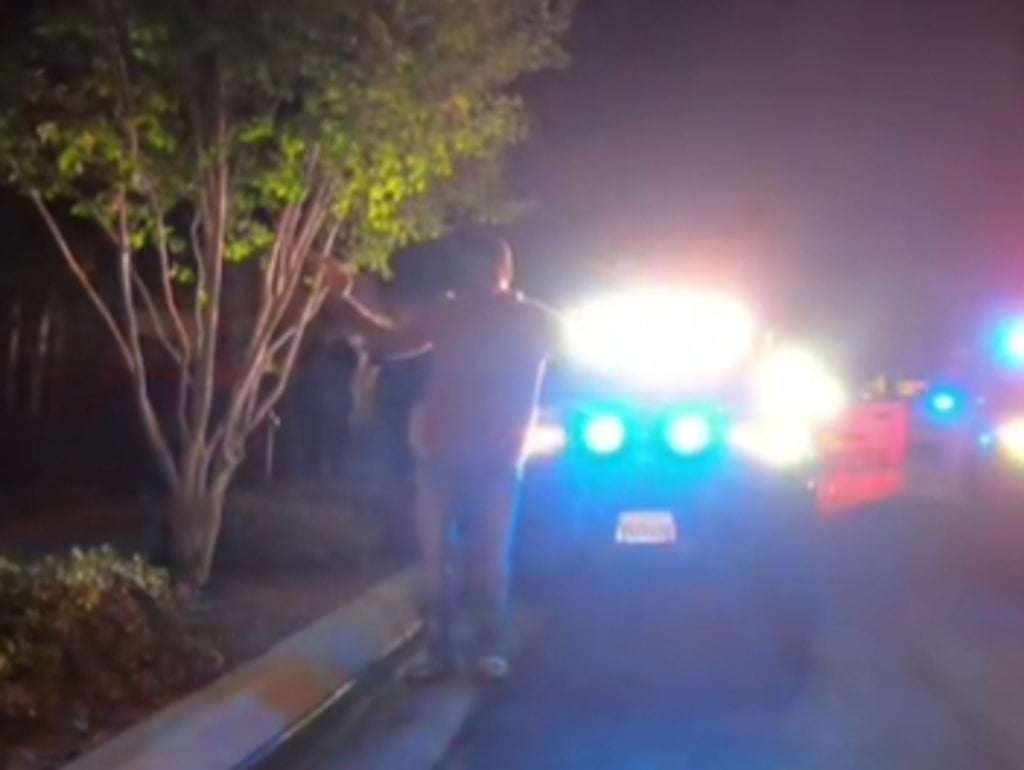 A TikTok user and her boyfriend were swarmed by police vehicles and a helicopter after a GoPro camera was mistaken for a gun, in what has been criticised as a case of racial profiling.

TikTokker @myabeatrize said in a video last week that she was “excited” for her first time being stopped by police, before she realised that something was “serious”. It was not clear where the incident took place.

Footage shows police shouting and surrounding her and her boyfriend, who is Black. Both were seen holding their hands in the air and exiting the vehicle.

“Eight squad cars pulled up and shut down the street,” wrote myabeatrize. “Even a helicopter!”

Her boyfriend was shown walking towards police with his hands in the air, while she was placed in the back of a police vehicle. Both were eventually let go.

The TikTokker explained in a series of videos that she was cruising around the neighbourhood with her boyfriend when the police swarmed their car.

A neighbour allegedly informed police that somebody was in the area with what appeared to be a gun, @myabeatrize said. The item was actually his GoPro.

Her boyfriend said in a TikTok video that he had been “playing with the settings” on the GoPro, so was able to capture what happened.

“Black man, waving around something Black, that you don’t know what it is so ‘oh my God, it’s a gun.’”