The Belfast shipyard that built the Titanic is to work on cruise liners again for the first time in more than two decades.

The ships, owned by the FTSE 100-listed cruise firm Carnival, will be in Belfast for 33 days in May and June. 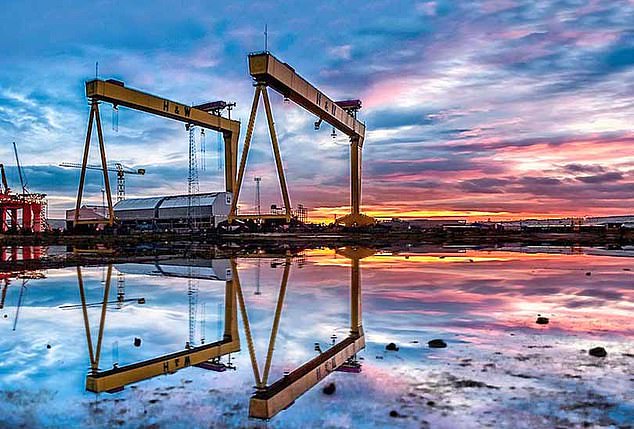 Queen Victoria will be the largest cruise ship to be worked on in a dry dock at a UK shipyard and the first Cunard ship to drydock in Belfast.

Harland & Wolff was saved from closure in 2019 by London-based InfraStrata, which specialises in energy infrastructure projects.

The AIM-listed company paid £6million for it, and also owns Methil on the Firth of Forth, Arnish on the Isle of Lewis and Appledore in north Devon.

Harland & Wolff, which was founded in 1861, built 140 warships and 123 merchant ships during the Second World War and more than 500 tanks.

It was nationalised in the 1950s following a decline in sea travel while the last cruise liner it built from scratch was the Canberra in 1960.