Tom Brady and Gisele Bündchen have taken their children to their Miami home from their Tampa home base amid the onset of Hurricane Ian in the area, and rumors of marital troubles.

Brady’s Buccaneers are also headed to the Miami area, as they said they will practice at the Miami Dolphins facility ahead of a home game against the Kansas City Chiefs at Raymond James Stadium slated for Sunday evening. 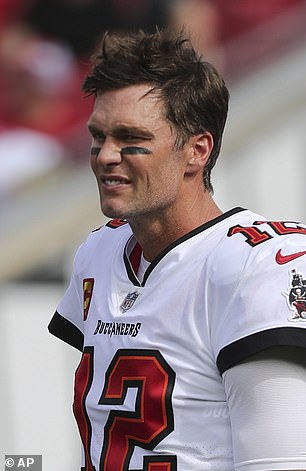 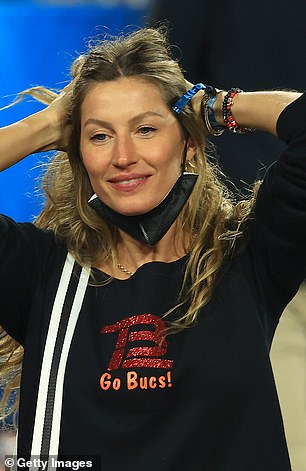 The latest: Tom Brady, 45, and Gisele Bündchen, 42, have taken their children to Miami home from their Tampa home base amid the onset of Hurricane Ian in the area, and rumors of marital troubles

‘The NFL, in consultation with team and local officials, will continue to monitor the situation’ and has ‘made contingency plans for this week’s preparations for Sunday’s game,’ the team said in a statement.

The team said it is ‘expected to practice at the Miami Dolphins’ Baptist Health Training Complex in Miami Gardens, Florida, starting on Wednesday, through the end of Week 4 preparations, if necessary,’ as ‘the Dolphins play at Cincinnati in Week Four and would be finished with their on-field preparations by Wednesday morning.’

Brady, speaking Monday on his SiriusXM podcast Let’s Go! with Larry Fitzgerald and Jim Gray, said he’s ‘never had to deal with’ a situation like this in his two-decade-plus career.

‘This is a little different for me,’ Brady said. ‘We had COVID for a couple years and now with this seems like a pretty intense hurricane coming our way. I don’t think Tampa’s probably, I don’t think any place is very well suited for a hurricane to hit, but everyone in this area will be in our thoughts and prayers as we go through it. 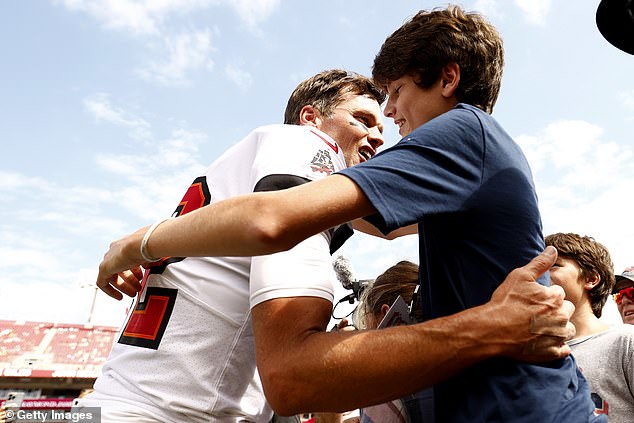 Brady was snapped on Sunday hugging his son John Edward Thomas Moynahan at his game, which Bündchen did not attend 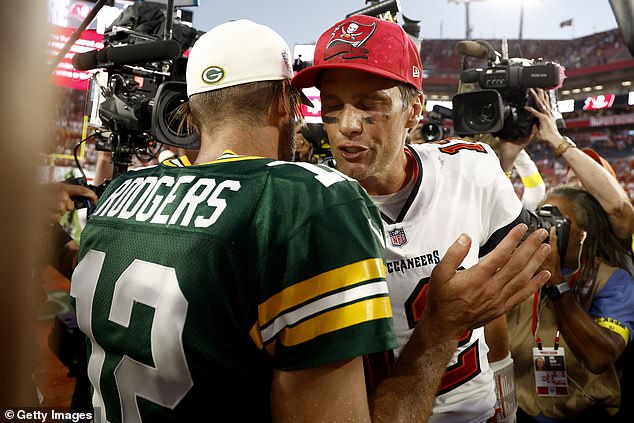 ‘I know our team is going to have to adjust, go to Miami and practice there for the week, and then hopefully we can come back later in the week and play against the Chiefs Sunday night.’

Brady said that ‘a lot of things can happen in a short period of time’ with the key being ‘to stay adaptable to the situation.’

He added: ‘I don’t think that anyone’s really prepared for this. I know I’ve been preparing all morning and get all my stuff outside, try to put it inside, try to get all the stuff on the ground level up a little bit higher.

Bündchen was not on hand this past Sunday, according to the outlet, as Brady’s Bucs dropped a 14-12 home game to Aaron Rodgers’ Green Bay Packers. An insider told People, ‘Gisele continues to be dedicated to her kids and is working on personal projects.’

Insiders previously told the publication that there is ‘a lot of tension’ between the pair, as Bündchen ‘wasn’t thrilled’ with Brady’s decision to return to the NFL for one more season after briefly retiring earlier this year.

‘They’re hitting a rough patch,’ the insider told the outlet of the 13-year celebrity marriage. ‘But I know they’re trying, or at least he’s trying, to figure it out and make it work. He wants to get through this and for things to get better.’