Tom Brady and Gisele Bündchen are keeping their distance amid reports of a clash between the two, even as a hurricane threatens their Florida home.

Tom, 45, and his wife Gisele, 42, are staying at separate homes while staying in Miami amid the approach of Hurricane Ian, which made landfall on Wednesday on the western side of the state in Fort Myers.

A source told Page Six on Wednesday that Gisele is staying with the family’s children in Miami at the house they have been renting while their mansion is renovated, but Tom is reportedly not staying with them.

Staying apart: Tom Brady, 45, and Gisele Bündchen, 42, are staying in separate homes in Miami while sitting out Hurricane Ian, a source told Page Six on Wednesday. The have been wrapped up in rumors of marital turmoil in recent weeks

The day before, a source told People that the couple had left Tampa, where they were based while Tom was playing for the Tampa Bay Buccaneers, to go back to Miami to be further from the path of the storm.

The rest of Bradys’ team also left Tampa as the storm approached.

While Gisele is hunkered down with their children — Benjamin, 12, and Vivian, nine — Tom is staying somewhere else, though the source didn’t specify where.

The former Patriots star also has a 15-year-old son Jack from his relationship with Bridget Moynahan. He joined the younger children to attend his father’s first home game of the season earlier in the week, though Gisele wasn’t present. 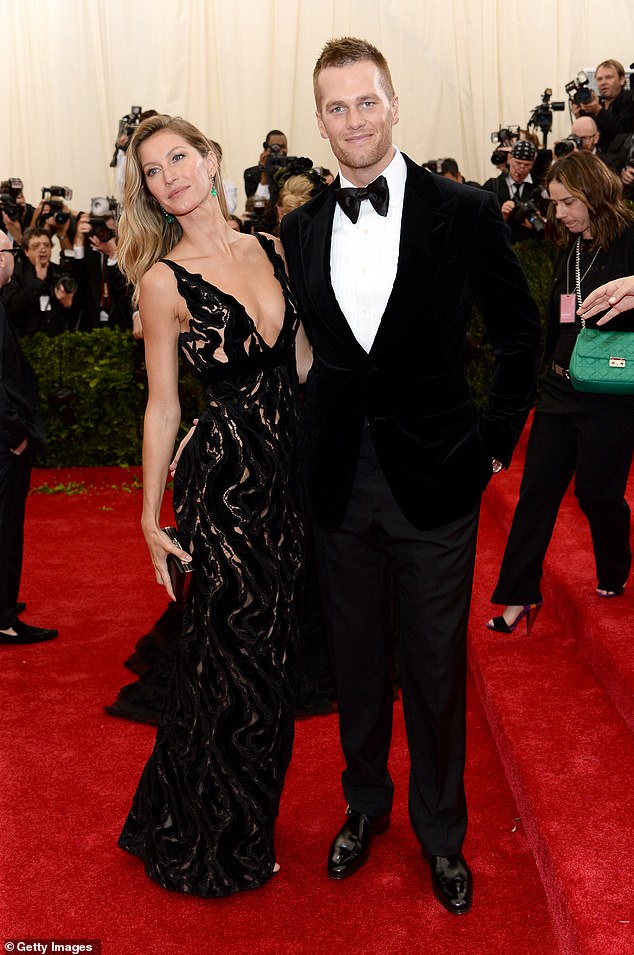 Home base: Gisele is reportedly staying in the rented Miami house where they have been living while their mansion is being renovated; seen together in 2014 in NYC 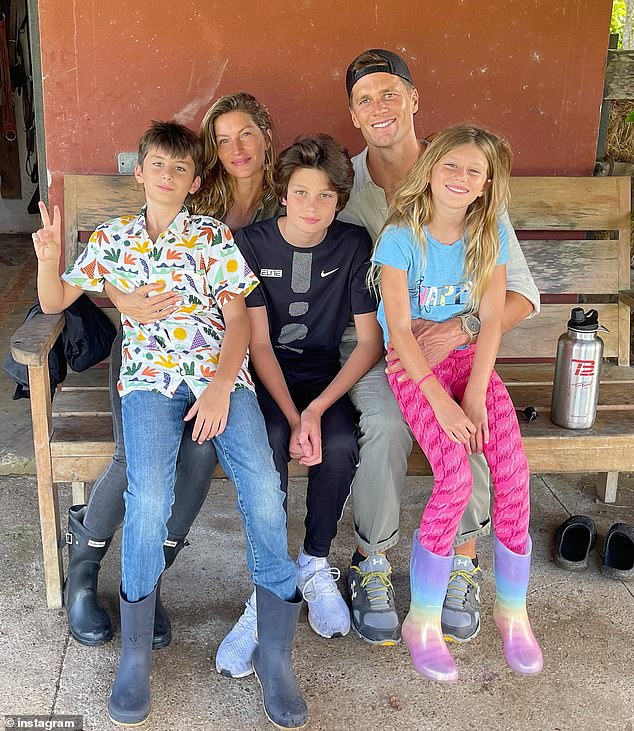 Going solo: It’s not clear where Tom has been staying, though he is not at home, where his three children are also staying; see with (L–R) Benjamin, 12; Jack, 15; and Vivian, nine

Earlier this month, she had been spotted shopping in New York City amid rumors of marital troubles with her athlete husband.

On Monday, Tom gave listeners of his podcast Let’s Go! with Tom Brady, Larry Fitzgerald and Jim Gray a look at his preparations at his Tampa home for the impending hurricane.

‘I don’t think that anyone’s really prepared for this,’ he said. ‘I know I’ve been preparing all morning and get all my stuff [that I keep] outside, try to put it inside, try to get all the stuff on the ground level up a little bit higher.

Although his Tampa home is north of where Ian made landfall, it could still face significant wind, rain and storm surges from the hurricane, which has created up to 150 miles per hour winds. 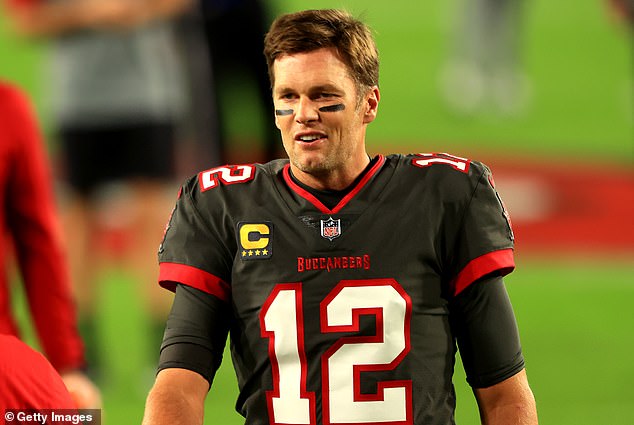 Ready to go: On Monday, Tom said on his podcast that he had been packing up the family’s Tampa home, where they stay during his season with the Tampa Bay Buccaneers; seen in November 2020

The family’s Miami home, which is further from the path of the hurricane, could also face significant bad weather, though it is less likely to be strongly affected.

While Tom is in Miami, his team is expected to continue training their as it waits out the hurricane.

Tom and Gisele have lately been dogged by rumors of marital strife, and Page Six reported earlier this month that they had a blowout fight over his decision to un-retire and rejoin the Tampa Bay Buccaneers for another season.

At the time, she was reported to have left their Tampa home to spend some time on her own in Costa Rica, and the Brazilian model was later seen up north in New York City, again without her husband.

Insiders previously told People that there was ‘a lot of tension’ between Brady and Bündchen because she ‘wasn’t thrilled’ with his decision to play for another season after his short retirement.

‘They’re hitting a rough patch,’an the insider said of the two, who have been married 13 years. ‘But I know they’re trying, or at least he’s trying, to figure it out and make it work. He wants to get through this and for things to get better.’

The Buccaneers are set to square off against the Kansas City Chiefs at Tampa’s Raymond James Stadium on Sunday, though the NFL announced that the game could be moved to Minneapolis if weather or hurricane-related damage prevent the game from going on as scheduled. 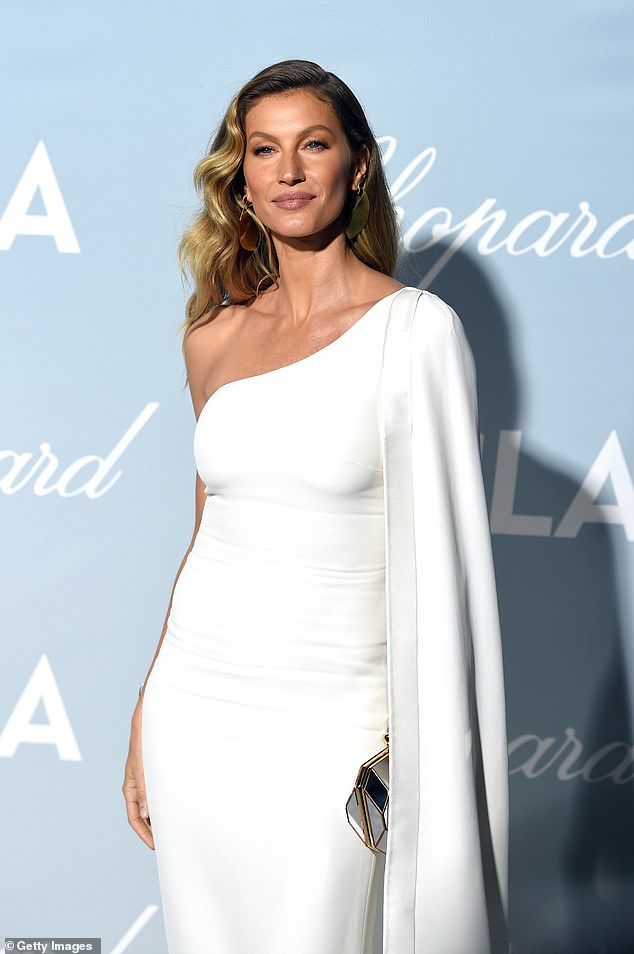 Furious: Insiders previously told People that there was ‘a lot of tension’ between Brady and Bündchen because she ‘wasn’t thrilled’ with his decision to play for another season after his short retirement; seen in 2019 in LA