Tom Cruise is set to experience a new first as part of his glittering movie career – the actor has been given extremely rare permission to film inside Westminster Abbey in London for Mission: Impossible 8.

The Hollywood heavyweight, 60, will be returning to the UK capital to film for the latest flick from the franchise and he will act out scenes inside the religious landmark.

A film source told The Sun: ‘Nothing but the biggest and the best will do [for Tom]. 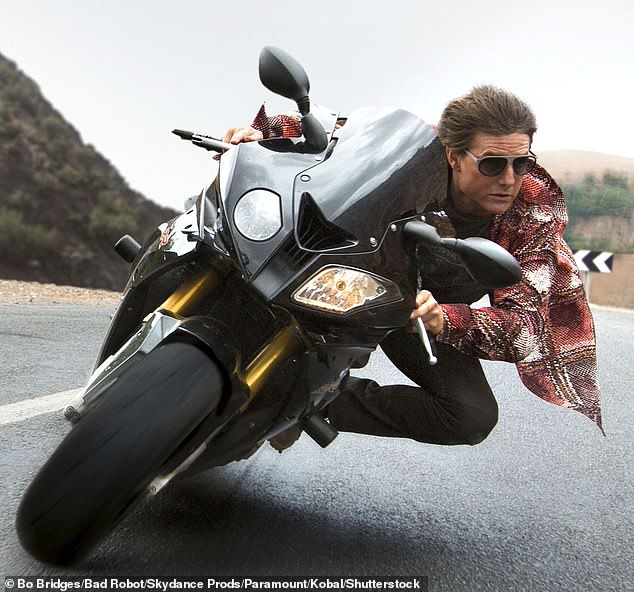 Making history? Tom Cruise, 60, is set to experience a new first as part of his glittering movie career – the actor has been given extremely rare permission to film inside Westminster Abbey

‘So when he wanted to film inside a church for the new Mission film, it had to be Westminster Abbey. They turn down almost every request, so it’s an incredible nod to Tom and to the production team to say yes.

‘It will make an extraordinary filming location and sets the tone for just how big this film is going to be. The budget is enormous, of course, but the ambitions are even bigger.’

MailOnline has contacted Paramount Pictures and Westminster Abbey for comment. 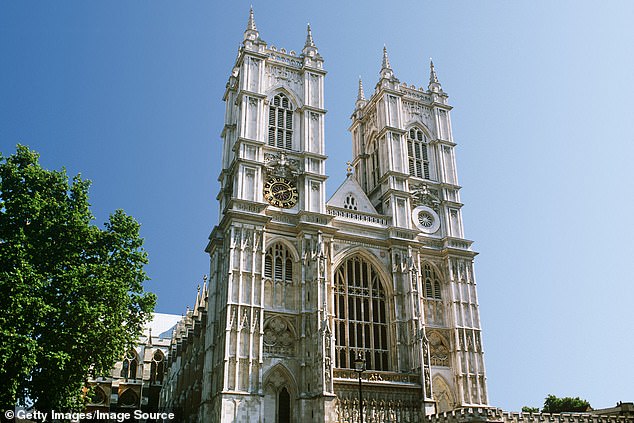 Privilege: The Hollywood heavyweight will be returning to the UK capital to film for the latest flick from the franchise and he will act out scenes inside the religious landmark

It comes after Mission: Impossible 7 and 8 were pushed back at the start of the year due to Covid-related delays.

The latest instalment of the action saga, the seventh film, was first due for release in July 2021, but was pushed back to May this year and later delayed again to 30 September.

However, Paramount Pictures and Skydance have announced the movie will now not be seen in cinemas until 14 July 2023 due to the impact of the coronavirus pandemic on production. 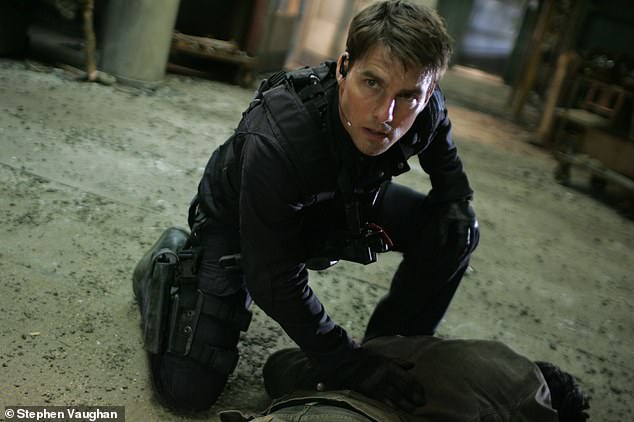 As a result, the eighth film, which was expected to be released in July next year, will now not come out until 28 July 2024.

In a joint statement, the studios said: ‘After thoughtful consideration, Paramount Pictures and Skydance have decided to postpone the release dates for Mission: Impossible 7 & 8 in response to delays due to the ongoing pandemic.

‘We look forward to providing moviegoers with an unparalleled theatrical experience.’

Production on the seventh film – which is directed by Christopher McQuarrie – began in Venice, Italy, in February 2020 but it was halted due to the pandemic and eventually moved to the UK when work could restart.

However, it has been hit by delays twice, most recently in June 2021 following positive COVID-19 tests within the cast and crew.

Tom famously does his own stunts and it was recently revealed he had been learning to fly a World War II military plane for Mission: Impossible 8.

A source recently told The Sun: ‘Tom had started to learn to fly a Boeing Stearman biplane earlier this year for a major stunt scene in Mission: Impossible 8.

‘It’s obviously a highly skilled task but as usual he has no plans to cut any corners or bring in a stuntman.

‘Filming has only just wrapped on ‘Mission: Impossible 7’ but Tom has not given himself a break.

‘And trying to film jaw-dropping scenes with an 80-year-old plane is particularly dangerous.’ 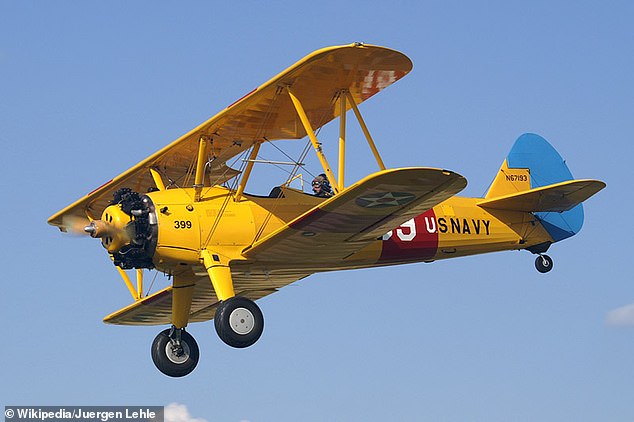 Learning: The actor was recently said said to have been learning how to use a 1943 Boeing Stearman Model 75 after recently wrapping filming on Mission: Impossible 7