A key advisor to the Food and Drug Administration (FDA) is warning that plans for the U.S. government to roll out Covid-19 boosters tailored to the Omicron variant could be in vain, as the shots provide little that existing shots don’t already.

Dr. Paul Offit, director of the Vaccine Education Center at the Children’s Hospital of Philadelphia and member of the FDA’s Vaccines and Related Biological Products Advisory Committee (VRBPAC), wrote in a STAT News op-ed that he would like to see more data in favor of the shots before the government made a heavy investment into them.

Offit was one of two VRBPAC members who voted against the shots, which were recommended by the agency’s top advisory panel on vaccines by a 19-2 vote on Tuesday.

The FDA is aiming to get reformulated Covid-19 shots that specifically target the Omicron variant out to Americans as early as October. Currently available shots were formulated to target the virtually extinct original Wuhan strain of the virus. Antibodies provided by the original shots still are effective at preventing severe infection or death from Omicron, which is also a generally more mild variant compared to its predecessors.

It comes as Covid cases in America remain steady, with the nation recorded 110,688 cases per day and 376 deaths per day. 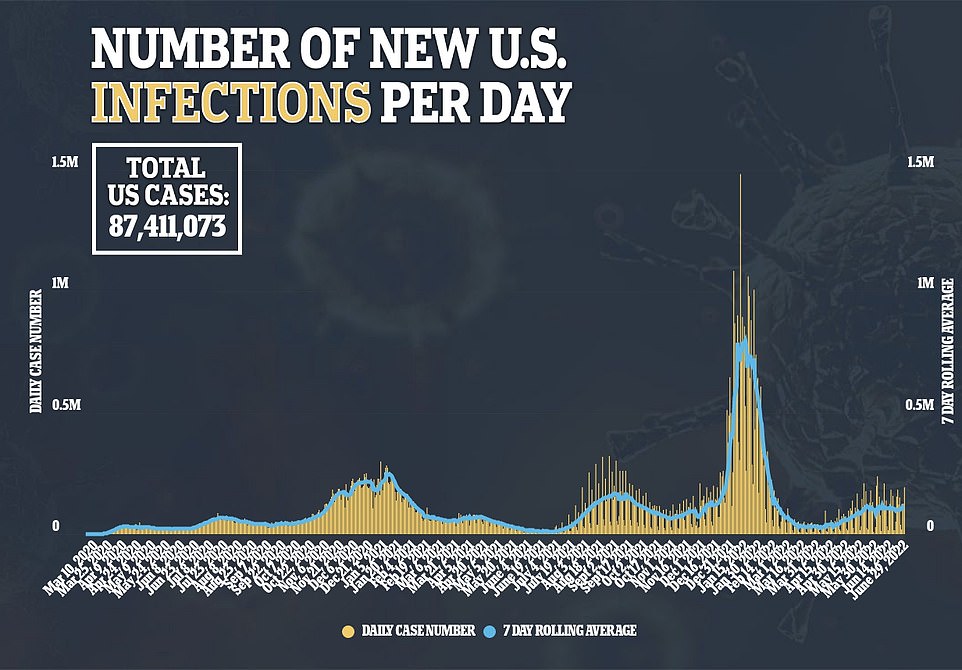 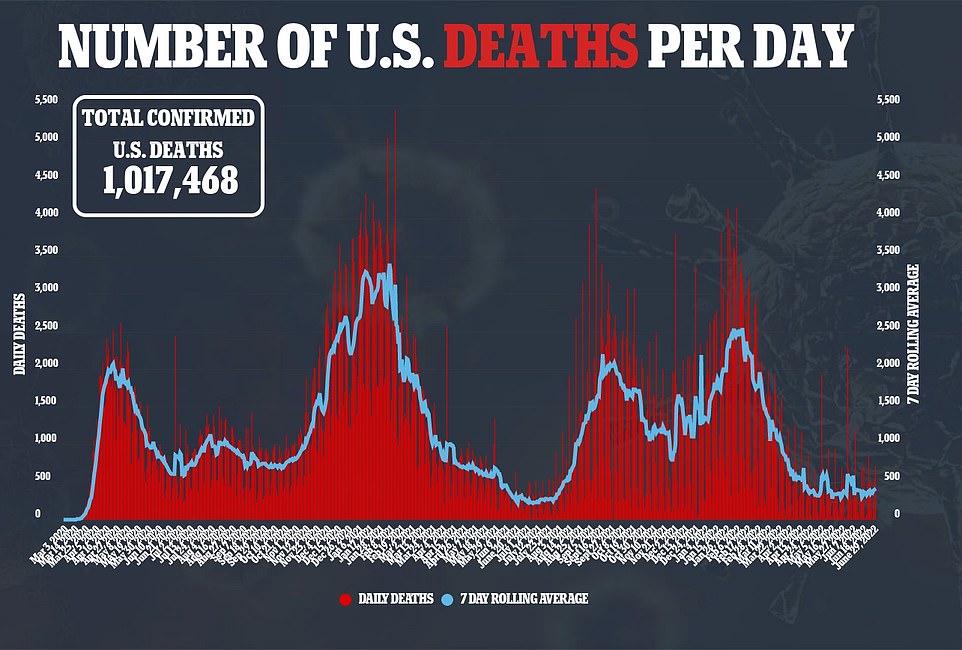 The Omicron variant emerged in late 2021 and took the world by storm: It was the most mutated version of the virus yet, and its ability to circumvent vaccine immunity caught the largely vaccinated population of many developed countries off-guard. 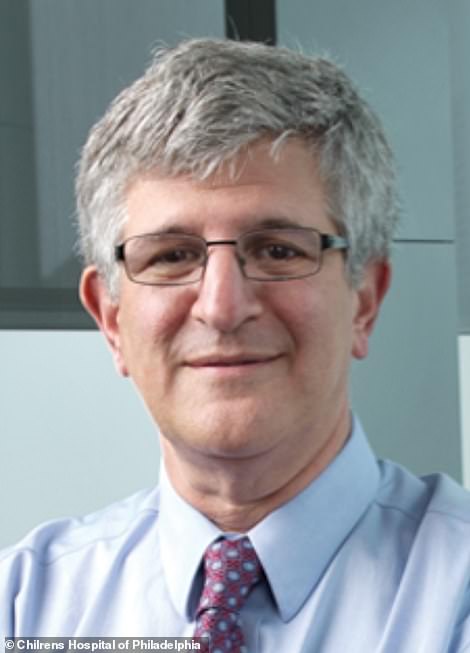 Dr. Paul Offit (pictured), a member of VRBPAC, voted against approval of the Omicron specific boosters, doubting they provide value

This sparked demand for Covid-19 boosters that could specifically target the mutant strain and prevent infection.

Both Pfizer and Moderna have updated their jabs since and are expected to soon receive authorization from the FDA to roll out the shots either this week or next.

Offit notes that in data submitted by both companies, the additional Omicron booster raised the antibody levels twofold, though he doubts they’ll provide much effectiveness overall.

‘That kind of twofold difference is, for example, similar to the modestly greater peak in neutralizing antibodies triggered by the first two doses of the Moderna vaccine compared with the Pfizer vaccine,’ he explained, noting that the protections provided were similar.

‘Those two vaccines provided almost identical protection against mild and severe Covid-19, although the benefits of the Pfizer vaccine waned a bit quicker over time.’

Antibodies provide diminishing returns, though, and doubling antibody levels does not exactly provide double the protection.

Offit says data on actual protection from infection, hospitalization and death needs to be collected first to determine how valuable these newly formulated shots are.

‘Moderna and Pfizer executives have claimed that the Omicron vaccines will be protective for longer. That may be true, but how long is longer? A few weeks? A month or two?’ he asks. 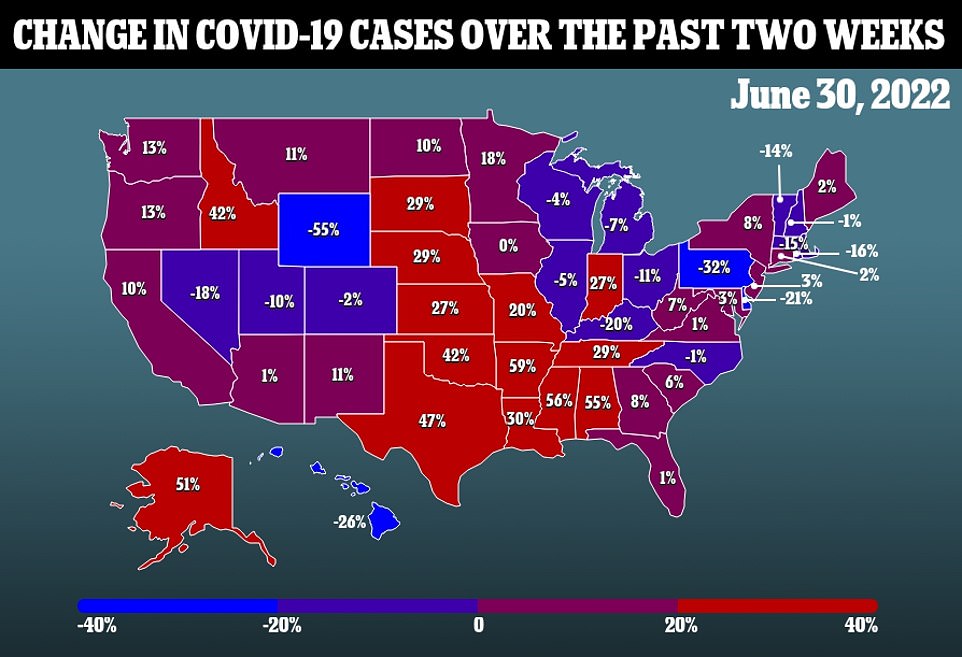 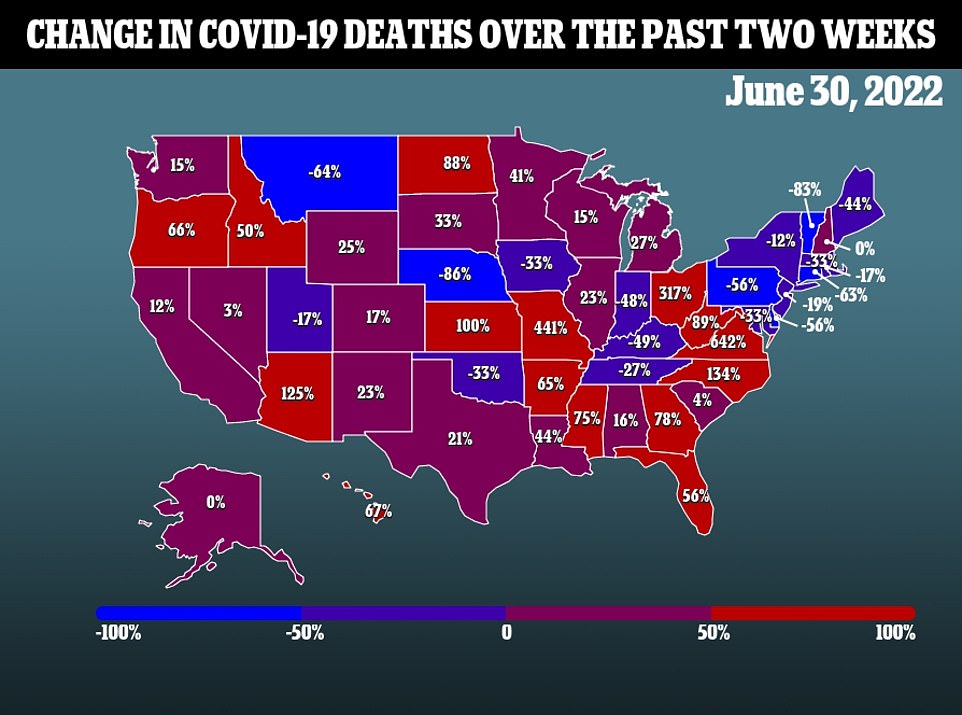 The FDA is eager to get these shots out, already setting targets for rollout before they’ve even been authorized.

Dr. Peter Marks, director of the Center for Biologics Evaluation and Research, the agency’s top regulatory body for vaccines, said Tuesday the aim was to make Omicron-specific jabs available by September.

Demand for the shots may have plummeted in recent months even as Americans’ worry about the pandemic seems to decline.

A May Gallup poll found that only 31 percent of Americans report being either ‘somewhat worried’ or ‘very worried’ about catching Covid.

The poll signals the shifting state of the virus as America approaches the summer months. In previous years, the warm weather months have come with large, devastating virus surges.

The survey was conducted in mid-April, when the trend of declining cases that had existed for nearly three months to that point began to reverse.

Participants were asked of their feelings about the pandemic, the virus and what sort of personal mitigations strategies they were using – or ignoring – in their day-to-day life. 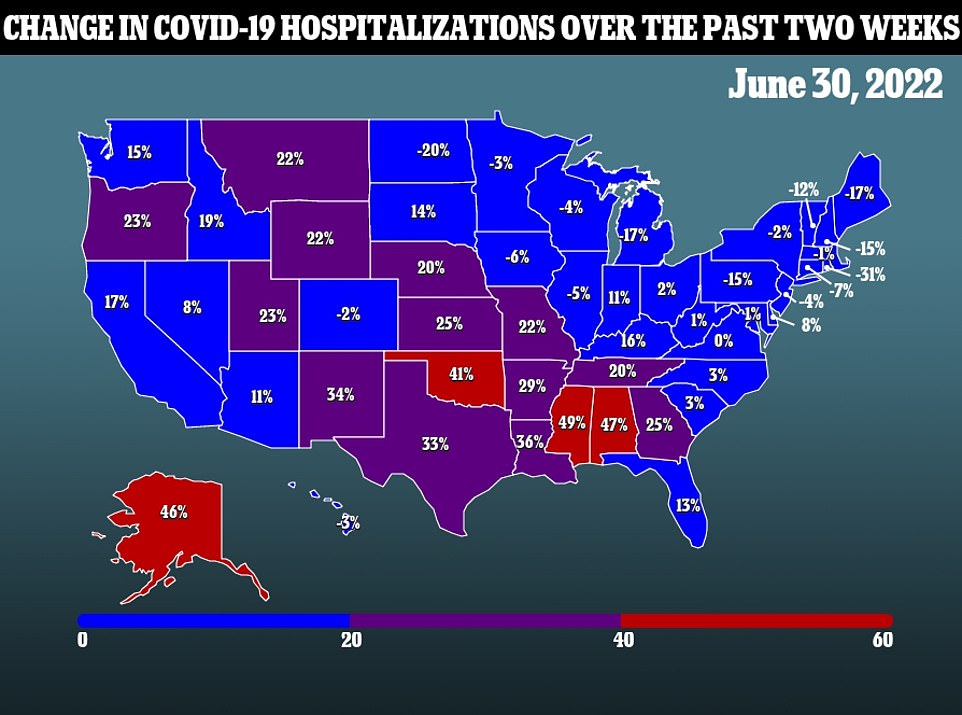 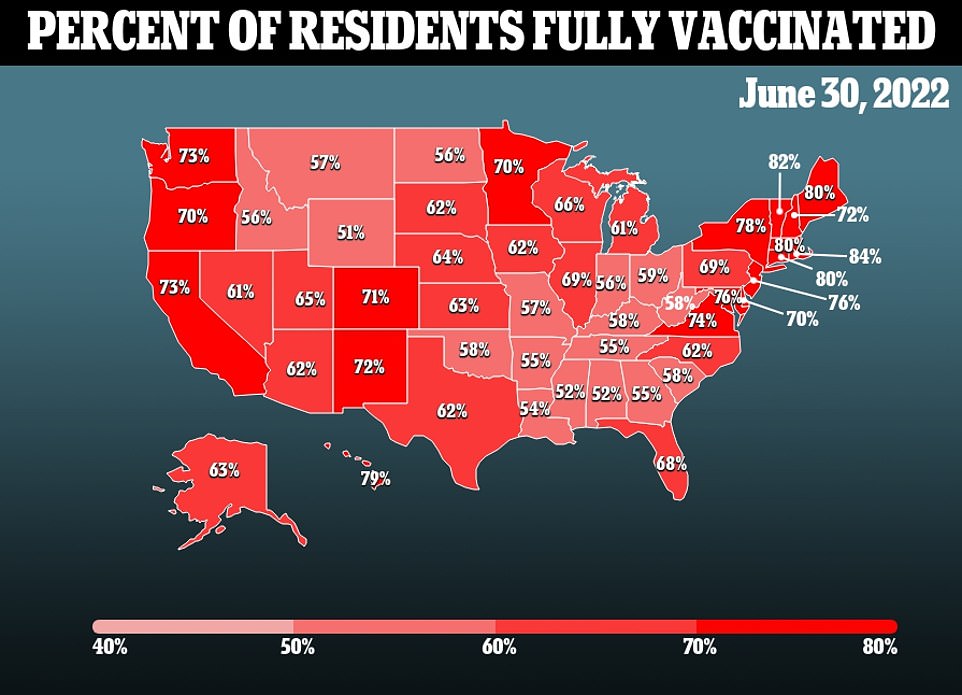 The study also found that 64 percent of Americans believed the pandemic was ‘getting better.’ At the time of the survey, cases had just dropped below 30,000 per day, making it one of the lowest points since the start of the pandemic in March 2020.

These optimistic feelings have led to some changes in behavior as well. Only 17 percent of Americans reported they were still social distancing, the lowest percentage so far. Just under a third of Americans said they have avoided large crowds, a fifth reported avoiding public places and just 15 percent avoided small gatherings.

Those figures are also all pandemic-lows, Gallup reports.

Despite shifts in social distancing, Americans seem to be clinging on to masks. The poll found that half of Americans still wear a face mask in public places. While the 50 percent figure is also a pandemic low, it’s significantly higher than the number of people reporting they’re still worried about the virus.