A senior Tory MP has waded into the fight for Britain’s largest semiconductor plant as security fears grow over a controversial takeover.

Former Brexit Secretary David Davis has joined Conservative counterparts in calling for the Government to use legislation to block the sale of Newport Wafer Fab to a Chinese-backed buyer.

The plant, in South Wales, was bought last year by Wingtech Technology through its European business Nexperia, but the £63m deal is still under review by the Government. Newport Wafer Fab produces vital parts for making semiconductors. 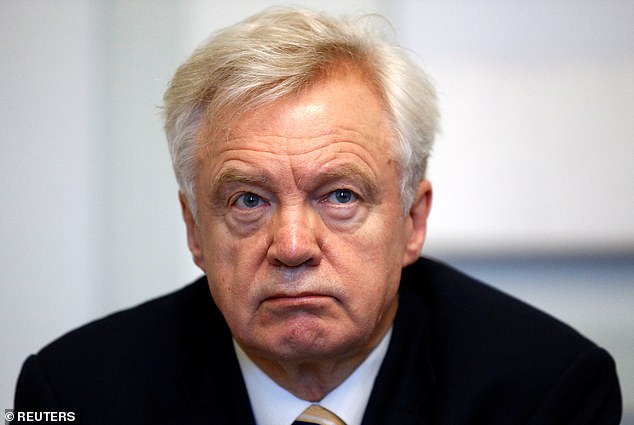 Concern: David Davis has joined Conservative counterparts in calling for the Government to use legislation to block the sale of Newport Wafer Fab

Davis told The Mail on Sunday that the decision facing Business Secretary Kwasi Kwarteng was a ‘test case’ for the National Security and Investment Act, which came into force in January. He said: ‘If they aren’t able to make a decision, there is something wrong with the legislation.’

Davis said: ‘Maybe we need to make an explicit, overt statement that companies like this can be sold to Nato powers but cannot be sold beyond those groups. Normally, we want to be as open as possible about the ownership of private enterprises. In this case, there is a very strong argument for saying it’s got to be a British company or a Nato power. It really is as simple as that.’

‘Imagine it in reverse. Imagine if the British government said we’re going to buy the biggest chip manufacturer in China, how likely would it be that they’d agree?’

Tory MP Tom Tugendhat, chairman of the Commons foreign affairs committee, also urged the Government to intervene, saying: ‘This is exactly what the National Security and Investment Act is for.’

He has also dismissed suggestions of ‘state influence or state ownership’ by arguing that Nexperia was a ‘Dutch company with primarily European heritage’.