Since the UK left the EU in January 2021, Remainers have noted numerous areas where Brexit Britain is “worse off”. Now, a Leave voter has praised Brexit for strengthening the UK’s trade deals and soft power, while also helping its response to Ukraine.

Twitter user Gully Foyle, @TerraOrBust, posted a fiery rebuttal to the “now cliche ‘give me one tangible benefit to leaving the EU’ line” from Remain voters.

His first point was to note that “from a trade deal perspective, the UK previously had access to around 40 trade deals, as part of EU membership – which it paid billions a year for”.

He noted: “We have replicated all but 3 of those deals (Bosnia, Montenegro, Algeria) so no longer have to pay ££s each year for them.”

According to the Government’s website as of March 31, the UK has struck trade deals worth a combined £188.753 billion.

Trade agreements with Algeria, Bosnia and Herzegovina, Greenland and Montenegro are still in discussion. 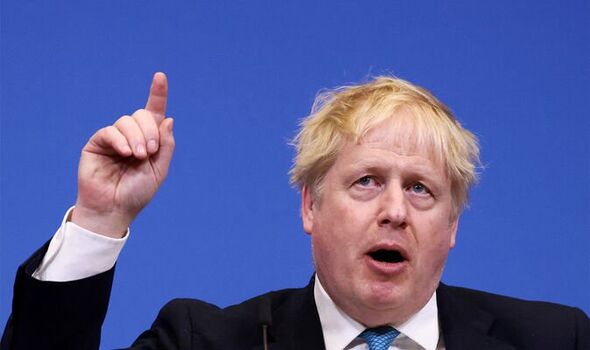 Mr Foyle also noted “since leaving the EU we have improved the rolled over deals with Japan and Singapore” as well as striking “completely new deals with Australia and New Zealand”.

He added: “We would not have these deals right now, if we had stayed inside the EU.”

The UK signed a free trade agreement with New Zealand on February 28 2022, but it is not yet in force

Australia and Britain signed a free trade agreement in December 2021, for the first ‘new’ UK trade deal signed since Brexit.

According to the Government, the UK has struck trade deals worth a combined £188.753 billion (Image: EXPRESS)

In his Twitter thread, Mr Foyle also said that “since leaving the EU, the UK soft power rating has increased, and is now second only to the US”.

According to the Global Soft Power Index 2022 from Brand Finance, Britain is the second placed soft power nation, up from third and above Germany to lead Europe, while still behind Europe.

David Haigh, Chairman and CEO of Brand Finance, said of the report: “Whilst the long-term impact of the UK’s withdrawal from the European Union is still to be seen, the immediate result has been that of finally introducing some clarity and stability to the political and economic situation following years of conflict and uncertainty.

“Consequently, contributing greatly to its overall result in the Index, the UK has seen an improvement in the Governance pillar, from 9th to 4th, driven by the positive change in the ‘politically stable and well-governed’ metric.”

The Global Soft Power Index by Brand Finance is an entirely survey-based annual research study on perceptions of nation brands, capturing opinions of over 100,000 respondents worldwide on 120 nation brands.

Mr Foyle also said of Britain’s improved soft power ranking: “This is seen to be due to being able to speak openly to our allies with our own voice, and leverage our own diplomatic heft instead of as a slower and more flaky collective.”

Russia cracks down on protests as rallies spring up against war

Mr Foyle also touted Brexit in the UK’s response to the Ukraine invasion, saying: “Our independence from the EU has allowed the UK to take a leading role in the support of Ukraine.

“Though ultimately the EU member states have mostly followed suit, they have done so weeks later, which could’ve been the difference between winning and losing for Ukraine.”

Ukrainian President Volodymyr Zelensky said Boris Johnson is “helping more” than other leaders in the resistance against Russia.

The president said “Britain is definitely on our side” and is “not performing a balancing act”, but he declined to say whether the UK wants to end the war quickly at any cost.

When told the Prime Minister has been keener than France’s President Emmanuel Macron in sending weapons, Mr Zelensky responded: “Yes. To be honest, Johnson is a leader who is helping more.”

“The leaders of countries react according to how their constituents act. In this case, Johnson is an example.”

It comes after Mr Johnson suggested that the Czech Republic taking the EU presidency later in 2022 from France could lead to more “pragmatic” discussions of Brexit issues.

Petr Fiala, Prime Minister of the Czech Republic, is believed to be sympathetic to the UK’s vote to leave the EU, and said in 2016 during the Brexit referendum: “If I were British, I would consider Brexit.

“There is no doubt that the EU needs fundamental change.”

EU diplomats downplayed any ideas that the Czech presidency would lead to a change of stance, with one saying to the FT: “There is no Czech policy on Brexit, just an EU policy.”

Separately, the Czech government said it would continue with the current policy on Northern Ireland.