Remember me? Aussie actor Ryan Kwanten enjoys breakfast in Manly with his fiancée after being away for two years in the US… and he’s still every inch the hunk he was True Blood

And former Home and Away star Ryan Kwanten proved he’s still every inch the Hollywood hunk as he enjoyed breakfast with his fiancée Ashley Sisino and his family in Manly over the weekend.

The 45-year-old showed off his bulging bicep in a tight T-shirt teamed with a pair of boardshorts while the loved-up couple dined with some of Ryan’s clan. 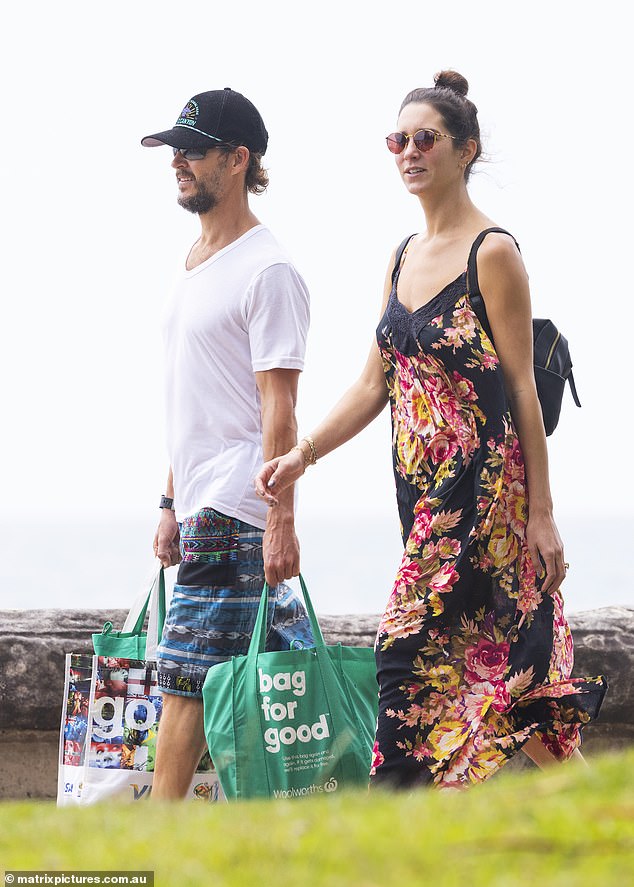 Remember me? Aussie actor and True Blood hunk Ryan Kwanten enjoyed breakfast in Manly with his fiancée and his family over the weekend

The outing was an exciting affair for the couple as it has been two years since the actor, who was primarily based in the US, has been in Australia due to the Covid pandemic.

Brunette beauty Ashley stunned in a pretty low-cut floral dress, which she accessorised with sandals and a cute backpack.

Makeup free, she wore her brunette locks up in a casual bun and shielded her eyes with some chic sunglasses. 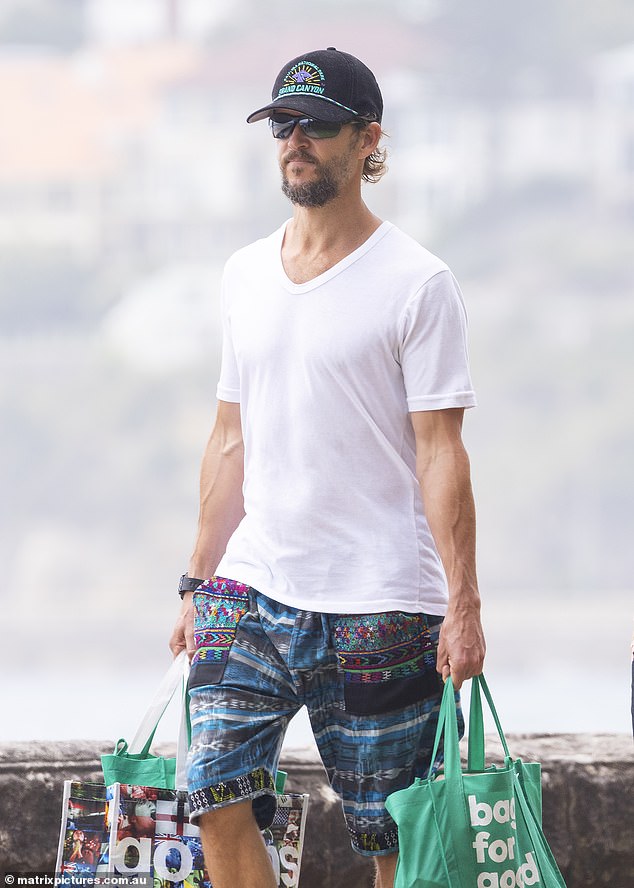 Bulging: The 45-year-old showed off his bulging bicep in a tight T-shirt teamed with a pair of patterned boardshorts

Meanwhile, Ryan appeared to have injured his ankle as he was sporting a bandage on his right foot.

Despite the injury, the star looked thrilled to be spending time with his family, including his beloved mother Kris.

The couple are no doubt living in nearby Balgowlah, an affluent suburb on the Northern Beaches, where Ryan owns an apartment.

The ground floor apartment was an investment property for Ryan, who usually resides in Los Angeles with his partner.

The residence features two bedrooms, one bathroom and a recently renovated kitchen.

Inside the light-filled property, there are wrap-around windows in the bedrooms and a living area looking out onto surrounding bush land.

The savvy star made his first real-estate purchase over two decades ago, when he was 22-years-old and starring as Vinnie Patterson in Home and Away.

Meanwhile, in the years since, Ryan’s profile has soared, with his career taking off in the United States.

Speaking to Daily Mail Australia in 2015, Ryan hinted that he was moving back to Australia permanently, saying ‘I think I’ll go back home; I’ve never doubted that.’

‘Unfortunately, or fortunately, this [L.A] is where I have to be for now- but the plan is always to go back home.’

The hunky blonde introduced his fiancee to his home country’s charms when the pair made a foray back to Oz in October 2014.

‘What does anyone think of Australia? She loves it!’ Ryan revealed.