Tuppence Middleton, 35, has given birth to her first child with Swedish film director Mans Marlind, 53, as they are seen heading out for a stroll with a pushchair in north London

Downton Abbey star Tuppence Middleton has given birth to her first child.

The actress, 35, who played the illegitimate daughter of Queen Mary’s lady-in-waiting in the latest film A New Era, has welcomed a baby with Swedish film director Mans Marlind, who is 18 years her senior.

The couple’s relationship was first revealed back in March, with Tuppence unveiling her pregnancy while she attended the Downton premiere a month later. 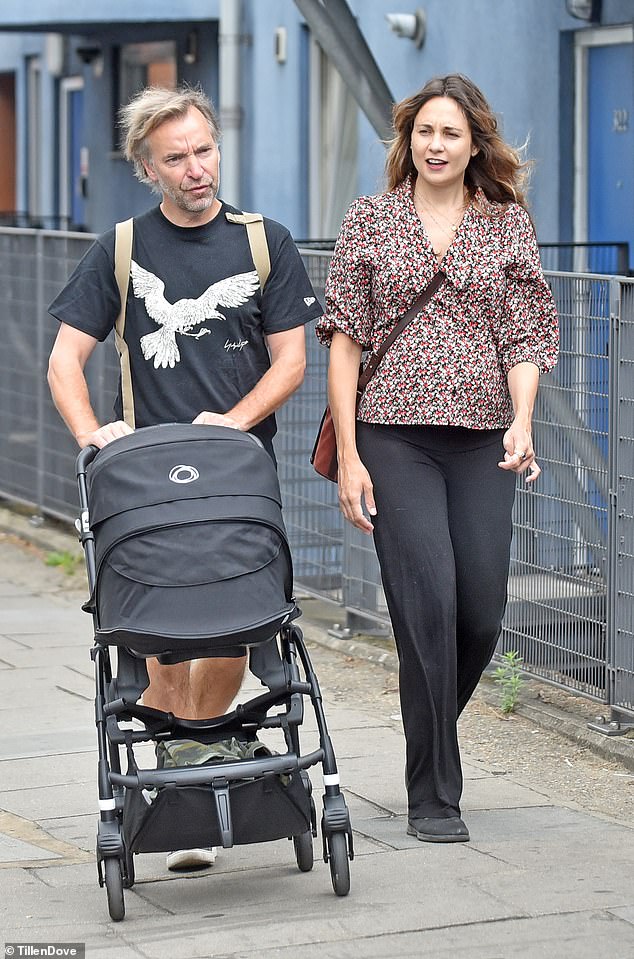 Baby news! Downton Abbey star Tuppence Middleton, 35, has given birth to her first child with Swedish film director Mans Marlind, 53, as they were seen with a pushchair in London

Tuppence and Mans were seen steering a pushchair as they went for a stroll in north London.

In April, Tuppence attended the New Era premiere with Mans, but declined to confirm that he is her partner.

Richard Eden revealed in his column for the Daily Mail that Tuppence had a Swedish beau – with fans desperate to find out his identity. 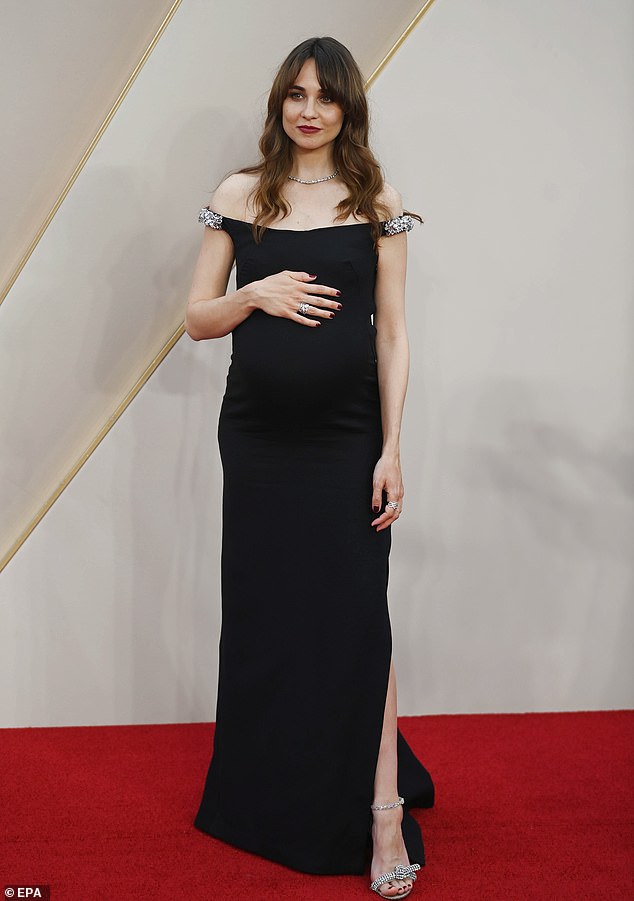 Mother-to-be: The 35-year-old actress kept her pregnancy under wraps until the Downton Abbey: A New Era premiere in April

When asked, she simply explained: ‘My partner lives in Stockholm and I travel between [the UK] and there.’

During the evening, an expectant Tuppence proudly cupped her stomach as she wowed in a gorgeous black Valentino dress from the Pre Fall 22 Promenade collection.

While her companion looked suave in a black suit, paired with a matching waistcoat and patterned tie.

It seems their relationship is strictly platonic, as It was revealed last week that Måns and Tuppence are set to join forces on a new project adapted from a Finnish book.

According to literary agent Elina Ahlbäck, the pair have acquired the film and TV rights for the 2000 novel Troll, a Love Story (original title Tammi in Finnish).

Tuppence, who previously starred in Måns’ international series Shadowplay, is set to direct.

Måns told Nordisk Film & TV Fond: ‘We have been looking for something to do together for quite some time now and then suddenly Johanna’s wonderful book came to mind.

Notorious for keeping her private life out of the limelight, the actress was previously in a relationship with figurative painter Robert Fry from 2016 to 2019 – with her relationship history since then remaining unknown. 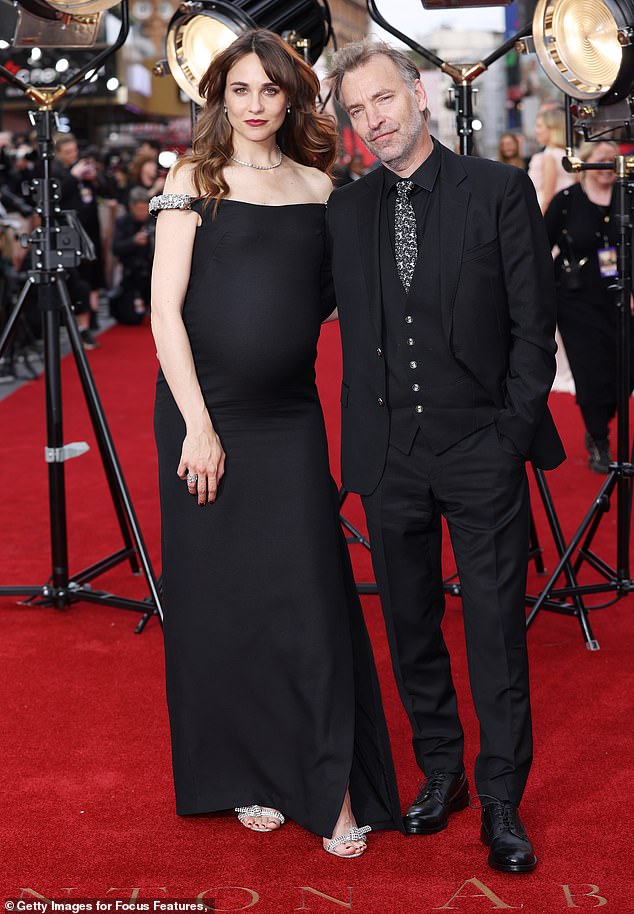 Red carpet: Despite appearing together on the red carpet, she had previously implied that Måns- who is 18 years her senior – is not the father of her child