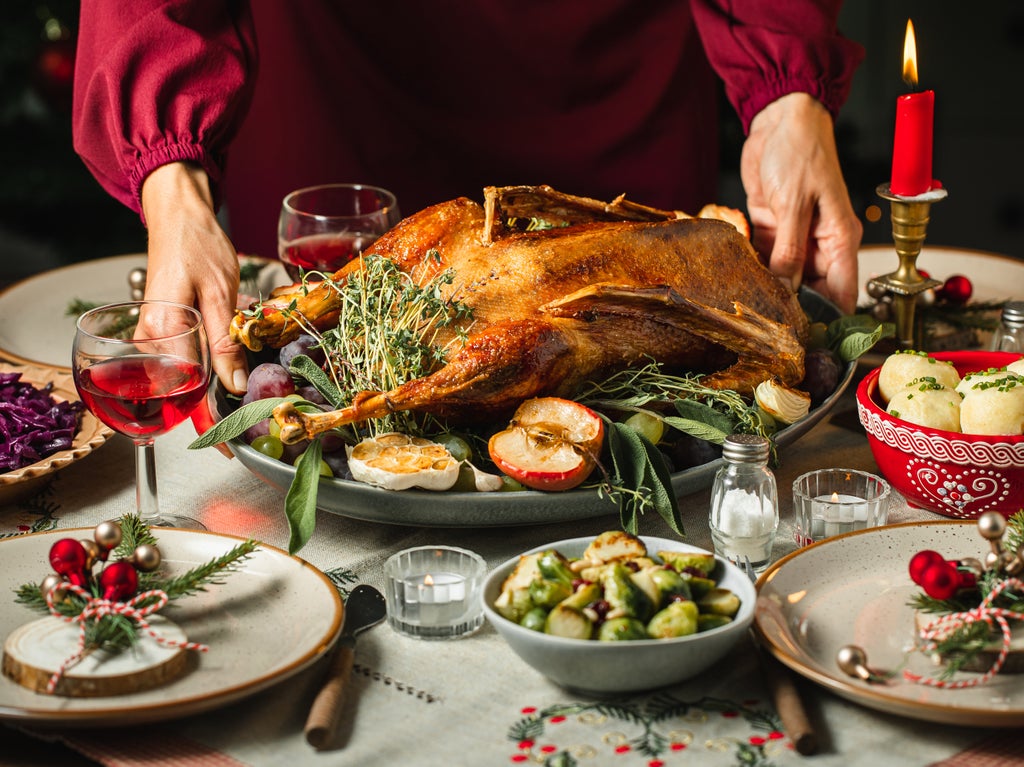 The UK could experience a “national shortage” of turkeys in the run-up to Christmas due to the impact of Brexit, an industry leader has said.

The chair of the Traditional Farm Fresh Turkey Association (TFTA) said a labour shortage following the UK’s exit from the EU could lead to fewer turkeys on supermarket shelves.

Her comments echo warnings from poultry farmers, who have previously said serious staff shortages could affect how many turkeys are available at Christmas.

It was estimated last month there were nearly 7,000 job vacancies in the poultry industry.

Kate Martin from the TFTA said: “This year it’s looking like there is a national shortage of turkeys when we’re talking about supermarket shelves, rather than buying direct from your farm.”

She added: “It is the supermarket shelves that will be emptier on turkeys this year than they have been before, only because there have been less turkeys placed on the ground, only because the big processers know that they will not get them processed.”

The chair of the TFTA, which represents producers of high-end free range turkeys, also said there had been an “absolutely unprecedented number of orders” coming in this year.

“Come Christmas, if you leave ordering your turkey from your local farm supplier, you are going to be out of luck,” she added.

On whether Brexit is to blame, Mrs Martin said: “We’re small producers, we use local labour, but for the big processors it is 100 per cent caused by a labour shortage.

“This situation with turkeys is caused by the fact that European labour is no longer available to us, and they are skilled workers who have been coming to us for years.

“People are now missing a whole host of their workforce that they have been training and investing in over the last however many years, and those workers are no longer available for us to use on a seasonal basis – they will go find work on mainland Europe instead.”

Last month, the British Poultry Council (BPC) said its members had reported one in six jobs were unfilled because of EU workers leaving the UK due to Brexit.

Paul Kelly, the managing director of KellyBronze, which produces free range turkeys, told The Guardian: “There will be a massive shortage because companies cannot risk hatching turkeys and pushing them on the farm if they can’t get the workers to do the job.”

He added: “It would be financial suicide. Turkey after Christmas Day is worth nothing.”

Supermarkets and restaurants have recently been hit with food shortages linked to staff shortages and supply chain issues, including McDonald’s and Nando’s.

Industry leaders have also warned the UK’s post-Brexit supply chain crisis risks causing problems at Christmas and lead to food shortages going into the next week.

The Department for Business, Energy and Industrial Strategy has been approached for comment.

Face mask use in adults in their 30s and 40s has risen consistently for eight weeks, data shows