Brexit was a ‘loss for everybody’ says Guy Verhofstadt

Across England and Wales there are presently 245 university-led projects providing high-quality skills training and support for local employment and growth that have been funded, to the tune of £712million by the European Structural and Investment Funds (ESIF). In the wake of Britain’s departure from the EU, however, 164 of these schemes face suspension or termination when this funding comes to an end later next year. The Government’s replacement investment programme, the UK Shared Prosperity Fund (UKSPF), is not due to fully kick in until 2024/25 — creating a funding gap that could leave both jobs and key community projects at risk.

While ESIF funding will continue to be provided until 2023, the UKSPF’s new “people and skills” funding is not scheduled to launch until April 2024 — endangering many jobs and projects.

Universities UK — which represents 140 institutions — has written to the Secretary of State for Levelling Up, Housing & Communities, Michael Gove, to express its concerns over the funding gap anticipated during the early stages of the UK Shared Prosperity Fund and how this would compromise the Government’s Levelling Up agenda. 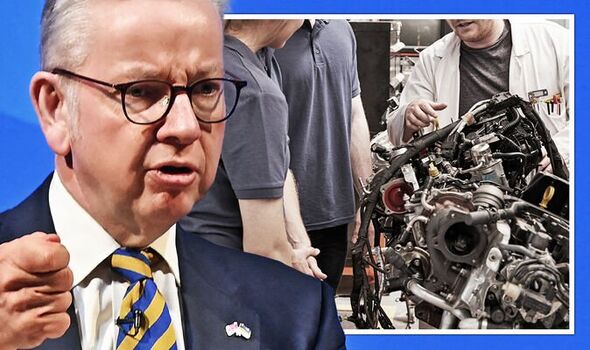 Universities UK chief executive Alistair Jarvis said: “Universities fully support the intentions and ambitions on levelling up set out by the Government. Addressing levelling up is a compelling moral duty and an economic, social and cultural necessity.

“Universities are central to economic growth, improving skills, creating opportunities, and generating prosperity for everyone in the UK.

“Given the importance of universities to levelling up, the uncertainty around the implementation of the UK Shared Prosperity Fund, especially the timing, seriously threatens many projects in all four nations of the UK directly supporting local employers, jobs, and communities.

“We need clarity and continuation funding to fill the financial gaps otherwise community groups and businesses will miss out on vital training and upskilling opportunities.

“Many universities do not have the money to fund these projects themselves in this tough economic climate of rising inflation, the further freezing of tuition fee levels, and higher pension and national insurance costs.”

The UK is a global powerhouse when it comes to science, currently ranked second in the world with 54 percent of its output considered “world-leading”.

That’s more than the US, Canada, Germany, Japan and Brazil.

Prime Minister Boris Johnson promised that Brexit would not hinder this, vowing to make Britain a “science superpower” with even more investment.

But now he risks breaking that promise if the faps are not filled, those close to the funding have warned.

According to Universities UK, various skills and training programmes might be impacted if the funding gap between ESIF and UKSPF is not addressed.

These include Cardiff University’s “FLEXIS App” project, which is working to foster green economic growth across Wales through industrial partnerships focusing on the commercialisation of zero-carbon energy systems, but whose EU funding ends in November.

Also under threat is the Growth Hub, a business support service, provided by the University of Gloucestershire and partners including the GFirst Local Enterprise Partnership, that is estimated to have created 1,200 new jobs, £155million in Gross Value added and increased turnover by £400million since it first opened in 2014.

For the last five years, half of the hub’s funding — £3.4million — has come from the ESIF, but this support will run out in March next year.

This is the same time that ESIF funding will cease for Productivity Through Innovation (PTI) — a scheme run by the Universities of Derby, Nottingham and Nottingham Trent that has helped some 200 small local businesses increase their turnover and competitiveness.

Also as with the Gloucestershire Growth Hub, PTI has been receiving half of its funding — some £3.5million — via the European Union.

Another programme threatened by the funding gap between the end of ESIF and the full implementation of UKSPF is “Bridging The Gap”, from the Graphene Engineering Innovation Centre at the University of Manchester.

The project — which works to accelerate the commercialisation and adoption of graphene and other two-dimensional materials — has already worked with more than 200 small local businesses to produce new jobs, products and foster a thriving start-up community.

Bridging The Gap is receiving a total of £1.9million from the European Union, but this funding will now cease at the end of this year.

Alex McDermott is the managing director of Nationwide Engineering, a medium-sized construction firm that entered the programme back in 2020.

He said: “Bridging The Gap enabled our company to explore the potential of graphene within a range of construction materials.

“We entered into a collaborative R&D programme with The University of Manchester to develop a graphene-enhanced concrete product that offers significantly improved strength whilst reducing overall carbon dioxide output.”

“The collaboration has been so successful that we are filing Intellectual Property, have created a new subsidiary and are employing several new roles within Greater Manchester.”

Express.co.uk has reached out to the Department for Levelling Up, Housing & Communities for comment.